Avery Williamson struck gold on Sunday when he was informed he was being traded from the worst to the best.

“Going to an undefeated team is kinda crazy,” Williamson said in an interview with Barstool Sports’ Joey Mulinaro. “But everyone [Jets teammates] was super supportive. I’m gonna miss my guys.”

Williamson comes to Pittsburgh as a player who already embodies the Steelers Way — he is confident about his talents but remains humble.

“I’m a tackling machine. I get to the rock. I’m always trying to get the ball out. I’m gonna make stuff happen — whether it’s a forced fumble, a sack, TFL… I feel like this team is set up for linebackers to make a lot of plays.”

“I haven’t been part of the seven wins that they’ve accomplished,” said Williamson. “I’m just ready to get to work with these guys, get to know them and learn this playbook — share some sweat with these guys.” 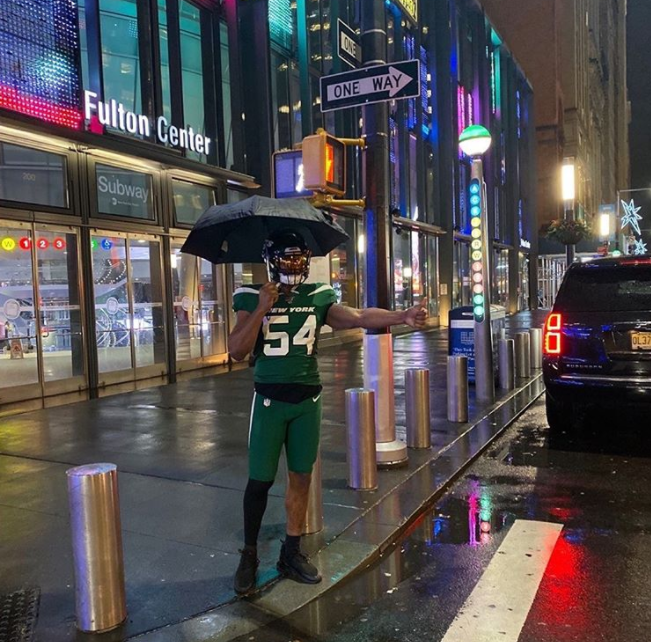 The Steelers are on the right path, but Williamson fully understands that there’s a long road ahead for the team.

“The job isn’t finished until we get that Lombardi,” he said.

The seven-year veteran has 546 tackles (26 for loss) and 14.5 sacks. He also has four interceptions, five forced fumbles, three fumble recoveries and 17 pass breakups.

Though he’s only a “rental,” Avery Williamson will fit in just fine in Pittsburgh.