Nobody thought rookie guard Kevin Dotson would even see the field this season. All-Pro David DeCastro was the clear-cut starter and veteran Stefen Wisniewski was signed via free agency.

But 2020 will 2020, and injuries to both DeCastro and Wisniewski have given Dotson the unique opportunity he’s dreamed 17 years of — to block for Big Ben.

DeCastro has had an injury-marred year. Since he missed most training camp with a knee injury, Dotson saw more reps than a rookie typically does. The injury kept DeCastro out of Week 1, and Wisniewski played in his place — that is until a pectoral injury took him out of the game in the 4th quarter.

The All-Pro was back for Week 3, but the knee kept him out again in Week 4. He returned Week 5, only to exit in the first half with an abdominal injury. With DeCastro ruled out for tomorrow’s Browns battle, Dotson will, once again, be called into action.

Good thing the Steelers have the best pass-blocking guard in the NFL, per Pro Football Focus. Dotson will primarily be facing former first-rounder Sheldon Richardson. While the tackle’s pash rush grade is 54.5, he’s tied for 7th among defensive linemen in sacks with 2. Richardson also has 11 hurries.

In Weeks 1, 2 and 5, Dotson was at or near 100 percent block efficiency. In 72 pass-blocking snaps (125 total), he has not allowed a sack. If his upward trajectory continues, he’ll handle his duties just fine. 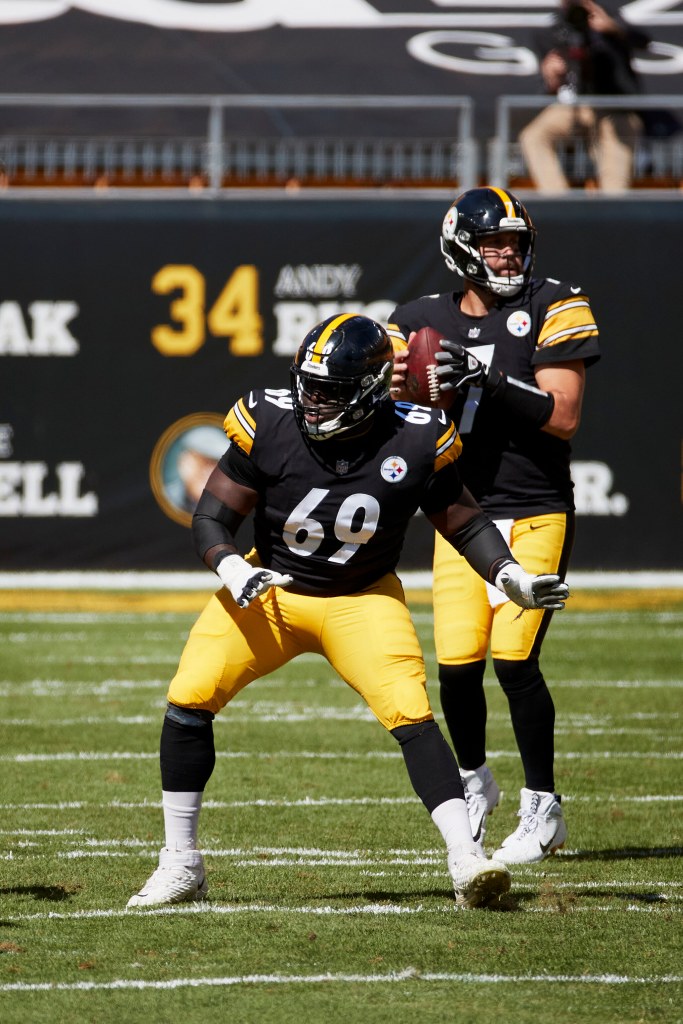 Curiously, Dotson has been a significantly better pass-blocker (88.8) than run-blocker (54.9). The “People Mover” was lauded for his collegiate run-blocking skills — it was his best trait among many draft profiles, including The Draft Network. So, his performance in pass protection has been an unexpected surprise. 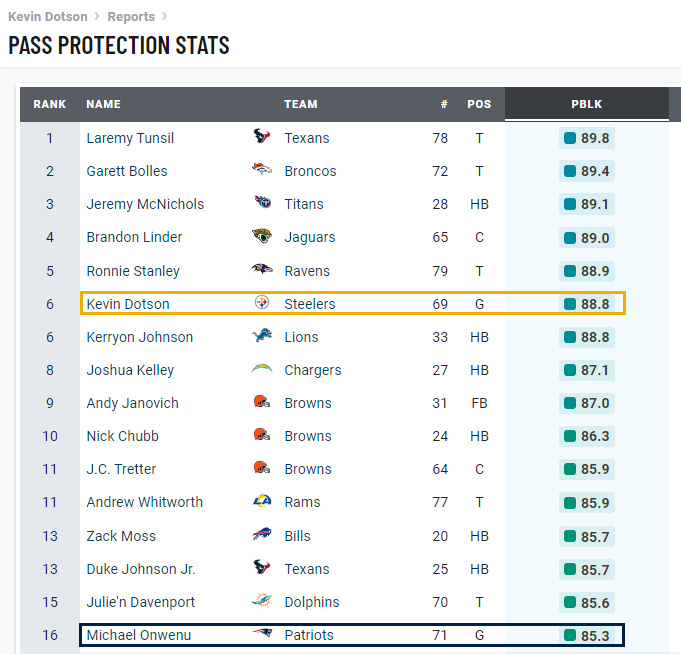 While it’s too early to say whether Dotson was a steal in the fourth round of the NFL Draft, it’s certainly playing out that way.

Offensive lineman Matt Feiler, who has been playing at left guard, will be hitting free agency in March. I have a good feeling Dotson will be ready to fill the void.