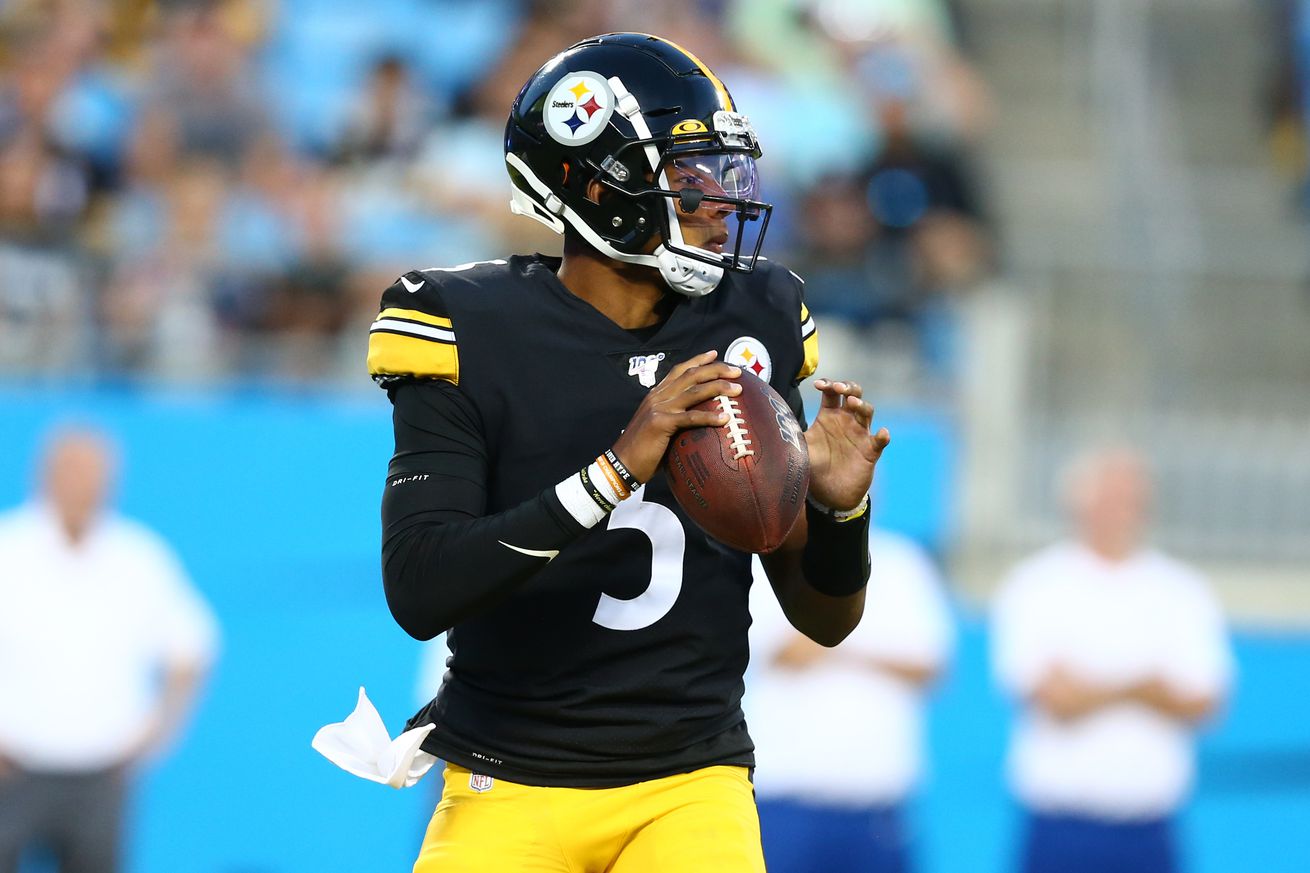 The Pittsburgh Steelers bring back a familiar face in Joshua Dobbs.

The Pittsburgh Steelers may have settled on their 53-man roster Saturday before the 4 p.m. ET deadline, but it doesn’t mean those 53 players were who they would be on the roster in Week 1.

In fact, as teams around the league begin to cut their rosters to the mandated 53 players, it left a lot of players open to being claimed by other teams. The Pittsburgh Steelers put in a waiver claim for recently released quarterback, and former Steelers draft pick, Joshua Dobbs, and they were awarded the claim for Dobbs.

This per Field Yates of ESPN:

The Steelers claimed QB Joshua Dobbs back off of waivers from the Jaguars.

Dobbs was drafted by the Pittsburgh Steelers in the fourth round of the 2017 NFL draft. After playing the entire 2017 as the Steelers third quarterback option, Dobbs was promoted to the back up role for the Steelers during the 2018 season. Dobbs appeared in five games with the Steelers where he went six for 12 passing for 43 yards in an interception as well as for rushing attempts, two of which were kneel downs. Prior to the 2019 regular season, the Steelers traded Dobbs to the Jacksonville Jaguars for a 5th round draft pick.

With Dobbs returning, it likely means the end of the road for Devlin Hodges. The man called “Duck” was a large part of the Steelers’ 2019 season, and saw a rapid rise to fame, and steep fall from grace, by season’s end.

After making the 53-man roster, it is likely Hodges’ only shot at remaining within the Steelers’ organization will be if he accepts a role on the expanded 16 player practice squad. The practice squad is usually announced around 3 p.m. Sunday, so stay tuned to BTSC for the latest news and notes on the Steelers as they finalize their roster prior to the week of preparation for their Week 1 game vs. the New York Giants on Monday Night Football.

The Steelers have released Devlin Hodges.

The #Steelers are waiving QB Duck Hodges after claiming Josh Dobbs, per source.