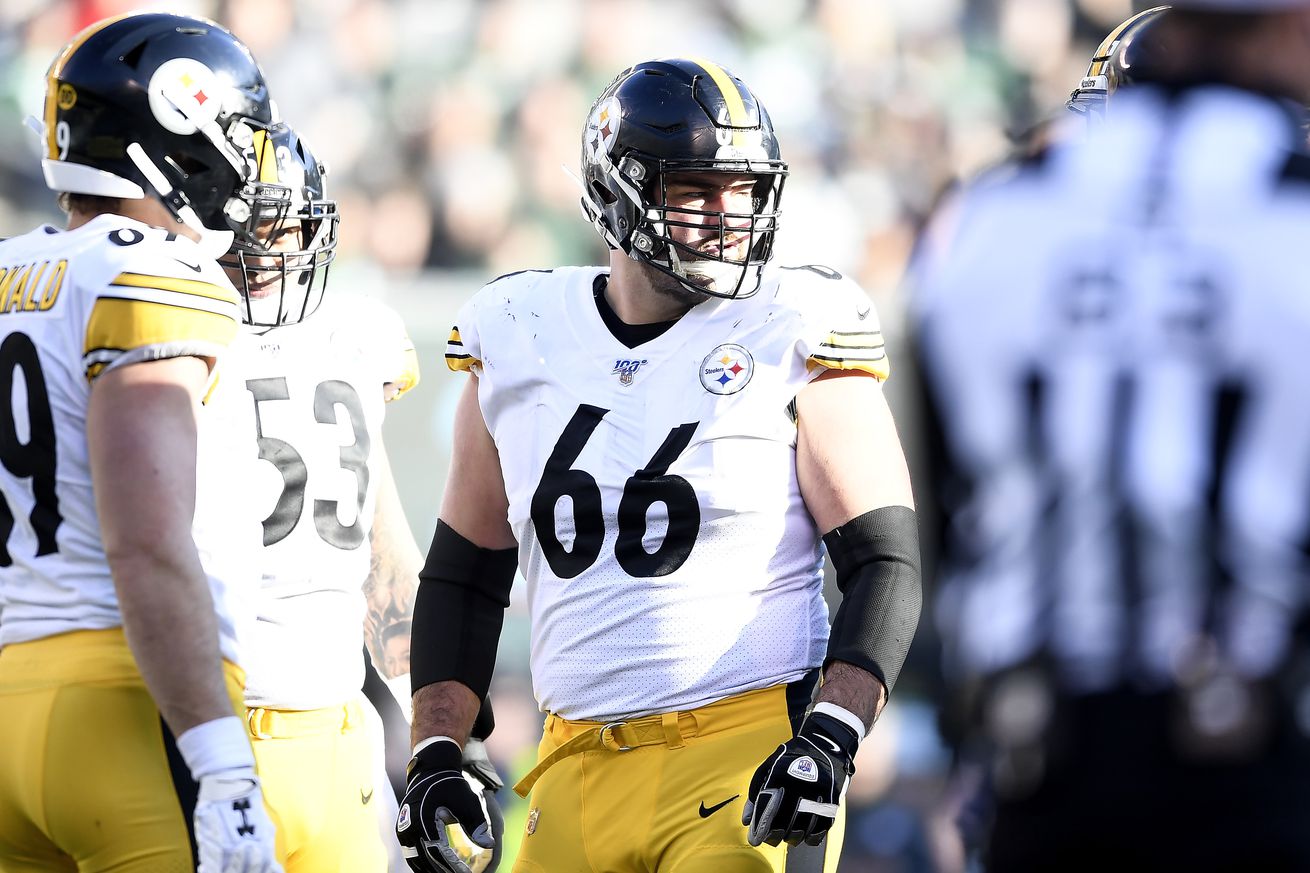 There are some big names on offense whose availability is in question heading into Week 6.

The Pittsburgh Steelers are preparing for their first AFC North divisional game in Week 6, and it is against the now 4-1 Cleveland Browns. The good news is this game will be played at Heinz Field, their fourth home game in a row, but the bad news is the Steelers are dealing with some big name injuries heading into this rivalry game.

After the team’s win over the Philadelphia Eagles in Week 5, they saw three starters on offense leave the game with injury.

David DeCastro left with what was labeled an abdominal injury, Diontae Johnson left in the first quarter with a back injury and Maurkice Pouncey had a foot injury which saw him leave the game late in the fourth quarter and C.J. Hassenauer finish the game at center.

During his Tuesday press conference, Mike Tomlin updated those injuries, and some new ones as the team prepares for the Browns.

Tomlin said the injury to Johnson (back) and the injury to Pouncey (foot) might limit their practice time early in the week, but he is hopeful they will be able to play in the game this Sunday. Tomlin sounded less optimistic about the abdominal injury to DeCastro, which could equate to Kevin Dotson getting another start at guard if DeCastro indeed is held out of the upcoming contest.

There was good injury news, and that was involving two players who missed the last game with respective injuries. Derek Watt (hamstring) and Marcus Allen (foot) are both back to running and should be hitting the practice field this week. How their injuries handle the increased work load will ultimately decide whether they can return to the lineup for the Week 6 game.

Other than the aforementioned injuries, no new injuries were brought to light by Tomlin during his weekly press conference.

Stay tuned to BTSC for the latest news and notes surrounding the Steelers as they prepare for the Browns to invade Heinz Field this Sunday for a 1 p.m. kickoff.