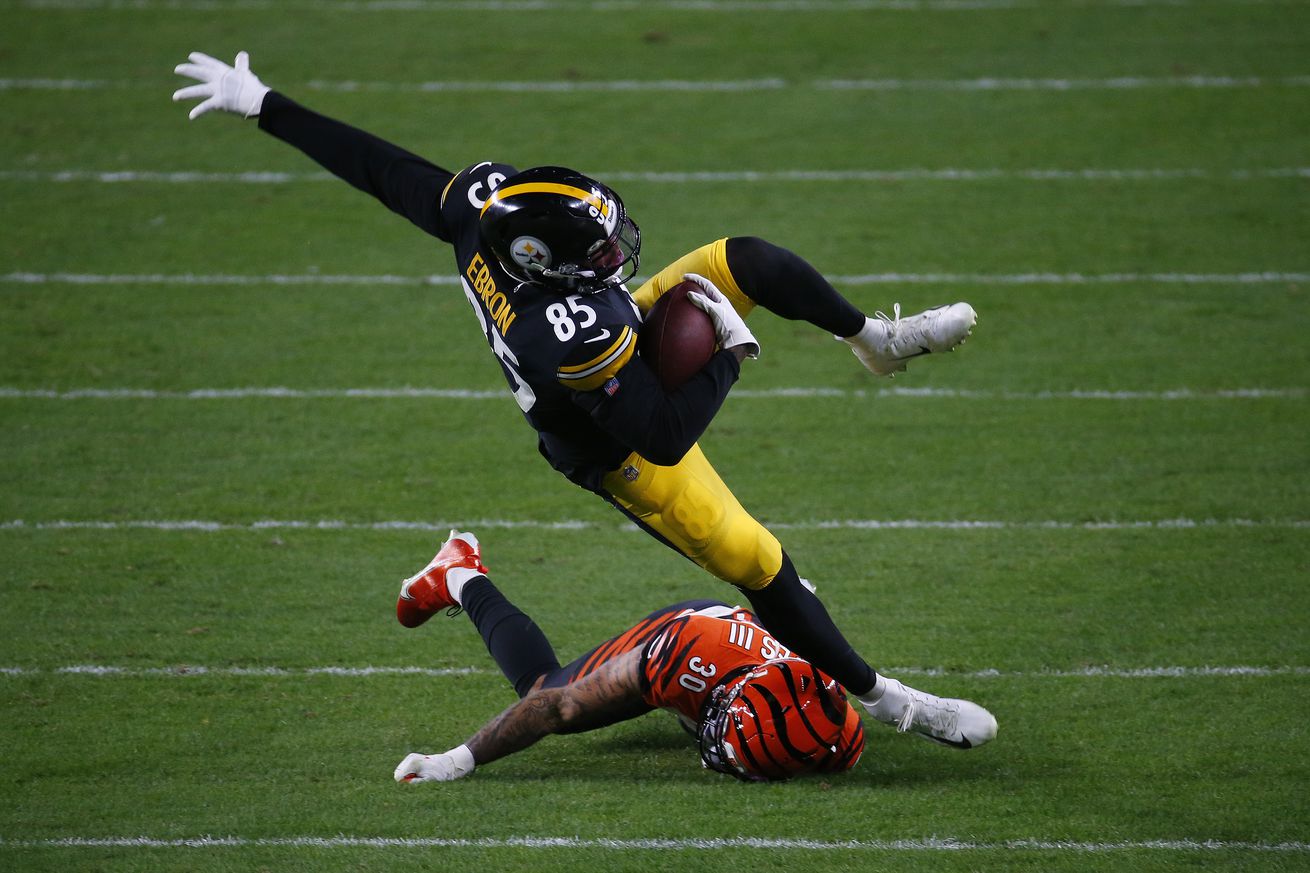 The Pittsburgh Steelers advanced their record to 9-0, and they did so without any big name injuries.

The Pittsburgh Steelers were dominant in every facet of the word in their 36-10 win over the Cincinnati Bengals on Sunday. That is the good news. Potentially even better news? The Steelers were able to leave the game without any major injury of note.

Over the past few weeks every win had an injury attached to it.

The Steelers beat the Browns, and Mike Hilton is lost with a shoulder injury.

They beat the Ravens, and Tyson Alualu suffers a knee injury.

They find a way to beat the Cowboys, and Ben Roethlisberger left the game with a knee injury.

The win on Sunday at Heinz Field over the Bengals didn’t have that injury tacked on to it outside of a hamstring injury to special teams player, and reserve running back Trey Edmunds.

This is what Mike Tomlin had to say about the injury after the game in his post-game press conference:

“So on the injury front, Trey Edmunds wasn’t able to finish the game with a hamstring. We had some normal bumps and bruises associated with play.” Tomlin said. “It was good to get Tyson Alualu back, Derek Watt back. We’re going to need contributions from those guys down the stretch. We got Avery Williamson some defensive snaps today. So, a lot of positivity, a lot of things to build upon as we move forward and get ready for our next test, which is on the road in J-ville.”

Eric Ebron and Chase Claypool both looked as if they were hobbled at different points in the game, but neither player was sent into the blue tent or missed any playing time.

Other than injuries, the Steelers announced they will close the UPMC Rooney Sports Complex on Monday for a deep cleaning. Only players needing treatment will be permitted into the building on Monday.

Per PR man Burt Lauten: The Steelers are closing the UPMC Rooney Sports complex on Monday so they can deep clean their facilities. Only players who require access to the training room will be permitted in the building during a limited time frame.

This comes on the heels of Vance McDonald testing positive for COVID-19 and most recently Kevin Dotson being added to the Reserve/COVID-19 List on Saturday.

Stay tuned to BTSC for the latest news and notes surrounding the black and gold as they turn the page from the Bengals and look ahead to the Jacksonville Jaguars in Week 10.

For a recap of Mike Tomlin’s press conference, check out the podcast below: