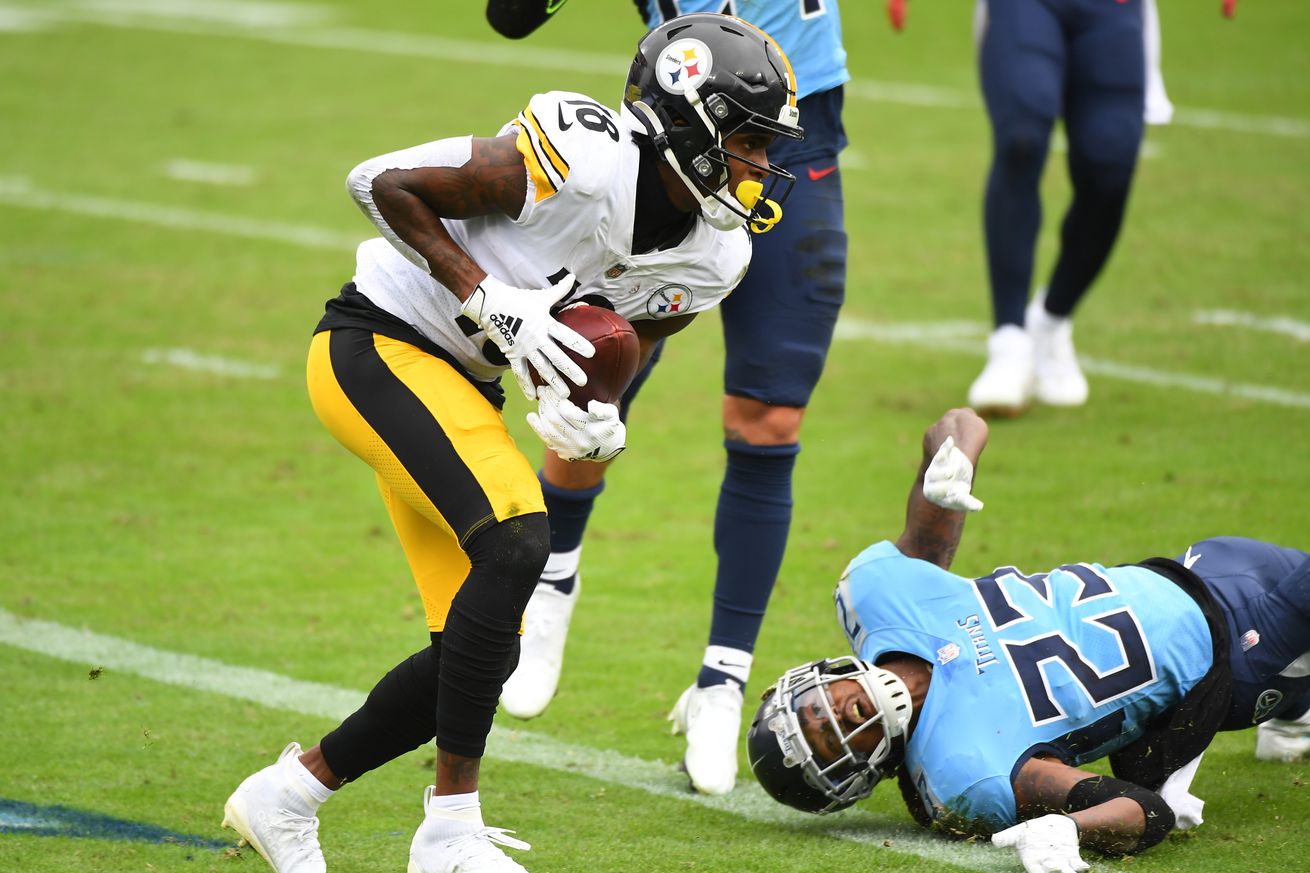 The Pittsburgh Steelers were not only victorious in Week 7, but they avoided major injuries heading into Week 8.

The Pittsburgh Steelers and Tennessee Titans went head to head in a five star matchup in a battle of undefeated teams in Week 7. It was a heavy weight bout, and the Steelers were able to escape the game with a 27-24 win over the AFC South leading Titans.

Throughout the game, vicious hits were a common occurrence, and that can lead to some injuries. Fortunately for the Steelers, they were able to escape the game without any major injuries.

They did have some players leave the game with some form of ailment, but all of the players who were helped off the field came back at some point.

The most notable player to leave the game was to wide receiver Diontae Johnson. Johnson, who had two touchdowns on the day, left with an apparent lower body injury, but was able to return to the lineup later in the game.

Left tackle Chukwuma Okorafor did leave the game, as did inside linebacker Robert Spillane, with a shoulder injury, but both Okorafor and Spillane returned to the field.

It should be noted Mike Tomlin did not mention any in injuries in his post game press conference. This could be due to him not being very pleased with how the game ended, or the aforementioned players’ injuries were not severe.

Heading into a Week 8 showdown with the Baltimore Ravens, the Steelers will also hope they get good news on two players who missed this Week 7 game due to injury. Getting Mike Hilton (shoulder) and full back Derek Watt (hamstring) back in the lineup certainly will give the team a boost heading into a battle for first place not just in the AFC North, but the AFC, at M&T Bank Stadium.

For the latest news and notes surrounding the Steelers heading into Week 8, stay tuned to BTSC.

For a complete breakdown of the Mike Tomlin post-game press conference, check the podcast below: