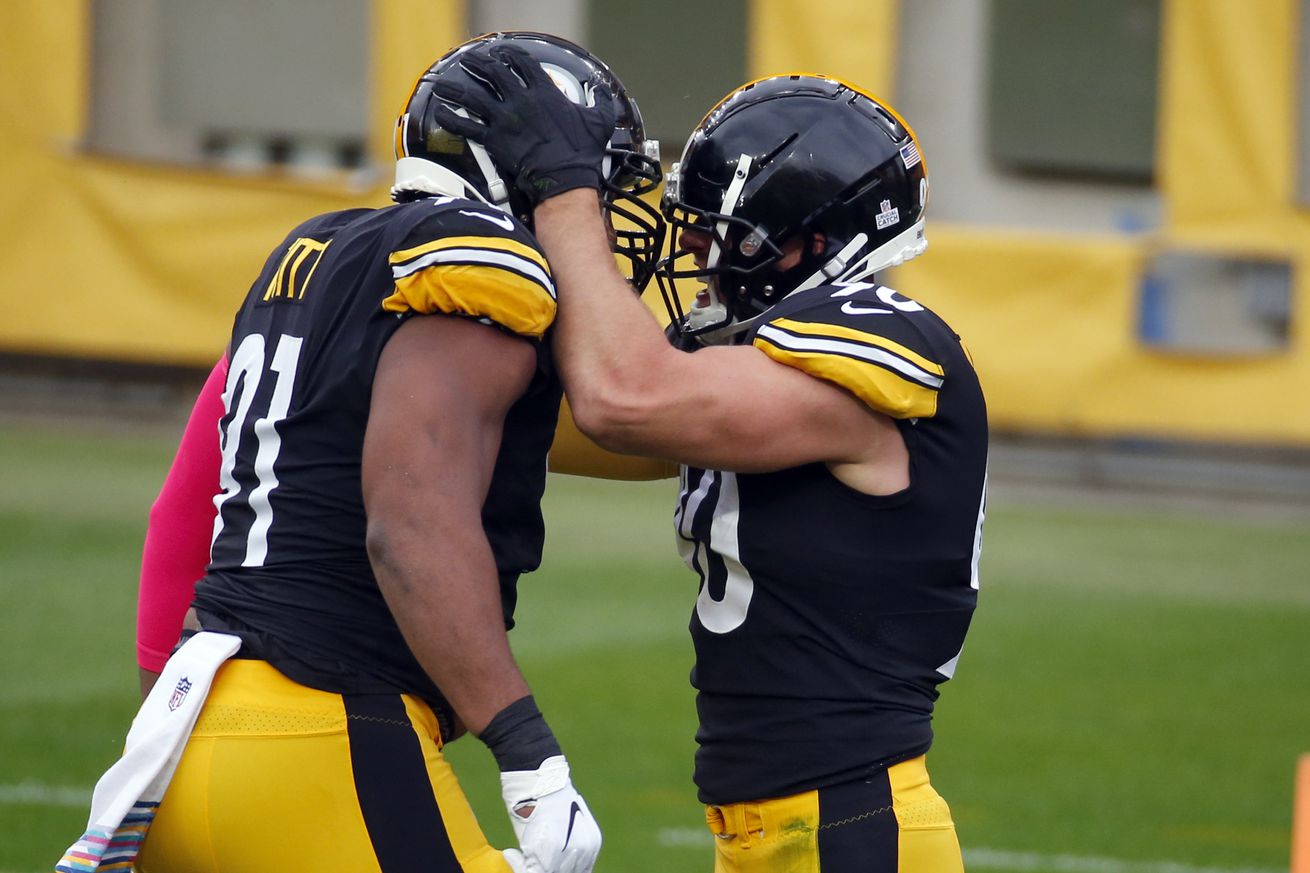 There’s always so much to talk about when it comes to the Pittsburgh Steelers. But the inquiries surrounding the black-and-gold are definitely ever-evolving. Especially this week with the Steelers struggling against a two-win Dallas team. With the Steelers at 8-0 and facing another two-win team in the form of the Cincinnati Bengals, there are concerns that the clock will soon strike midnight on the Steelers and plenty of questions as well. BTSC tries to answer some of the poignant wonderings ahead of time. Take a gander at some bold statements on this and more as we label them as fact or fiction.

Are we on point? Only time will tell because like Stephen King says, “Fiction is the truth inside the lie”.

I’ve heard this suggested on Pittsburgh sports radio stations and in social media. I understand that Ben has soreness in both of his knees and could indeed use the rest. I recognize that it would be favorable to get Mason Rudolph some needed reps. But this would be a similar scenario to a pitcher tossing a perfect game in the final week of the season and taking him out in the sixth inning to give him some rest. The Steelers need to find a way to keep winning and resting Ben in favor of Rudolph could mean a loss and being overtaken by Kansas City in the conference. Cincy has a hot, young quarterback in Joe Burrow and the 2-5-1 Bengals have a potential to be dangerous for Pittsburgh.

Speaking of Burrow, he was definitely the right guy to go No. 1 overall to the Bengals in 2020. The Heisman Trophy winner from LSU has had one terrible game and it was against Baltimore. If you were going to struggle as an NFL rookie, the Ravens are likely to be the tough task. The Steelers are too. Burrow is the 13th ranked quarterback in the NFL according to Pro Football Focus and is playing behind the 26th-ranked offensive line. The Steelers have a relentless pass rush, but if Burrow can be Joe Cool…the rookie has the potential to become the Tiger King in the Queen City. As far as passers go, Burrow is probably above Carson Wentz and touch below Ryan Tannehill. So he’s not going to be the best that Pittsburgh has seen so far in 2020, but he will be soon enough.

Stephon Tuitt is having an All-Pro season

I actually think that the gigantic Tuitt has moved ahead of Cameron Hayward for the top spot on the Steelers’ defensive line. Cam’s football intelligence and savvy are still valuable assets, but Tuitt is proving his dominance. No. 91 has taken down quarterbacks with six sacks so far in 2020 and has registered 17 QB hits, second in both categories on the team. Overall, Stephon ranks second in the NFL (to Watt) in QB hits and tied for fourth in the conference (10th in the NFL) with Bud Dupree in sacks. That’s something All-Pro voters need to watch closely.

Boswell had his first bad game in almost two years and people are freaking out. Sure, he had an extra point blocked, missed another and technically missed a 54-yard field goal. But when you dig down deep, his line lapsed on the block and the field goal was wiped out by a penalty. But after the dead-ball penalty wiped out the wide-left, he knocked true an ice-water 59-yarder to set a franchise record. Officially on the season, Boswell is 11-for-11 on field goal attempts and 24-for-27 when it comes to points after. Currently, Boswell is the fifth most-accurate kicker in NFL history with and 87.9% field goal rate. I know Steeler Nation is having flashbacks to 2018, but I don’t think there’s too much to fret about whem

There was some hesitation regarding Eric Ebron’s ball security and penchant for landing on IR, however the big tight end has had a remarkable first half for his third team, the Pittsburgh Steelers. Sure his catch numbers don’t come close to that of Travis Kelce or George Kittle, but Ebron is not relied upon as a first option for Ben Roethlisberger. However, No. 85 has developed a great rapport with his quarterback and his 29 catches for 285 yards and three scores has been valuable for the Steelers. His last score was the game-winner against Dallas. In the second half of 2020, expect even bigger output from the combo of Ben and Eric, as they continue to gel together.

Check out the Fact or Fiction podcast to learn even more about these topics, and their status, heading into this week’s game: