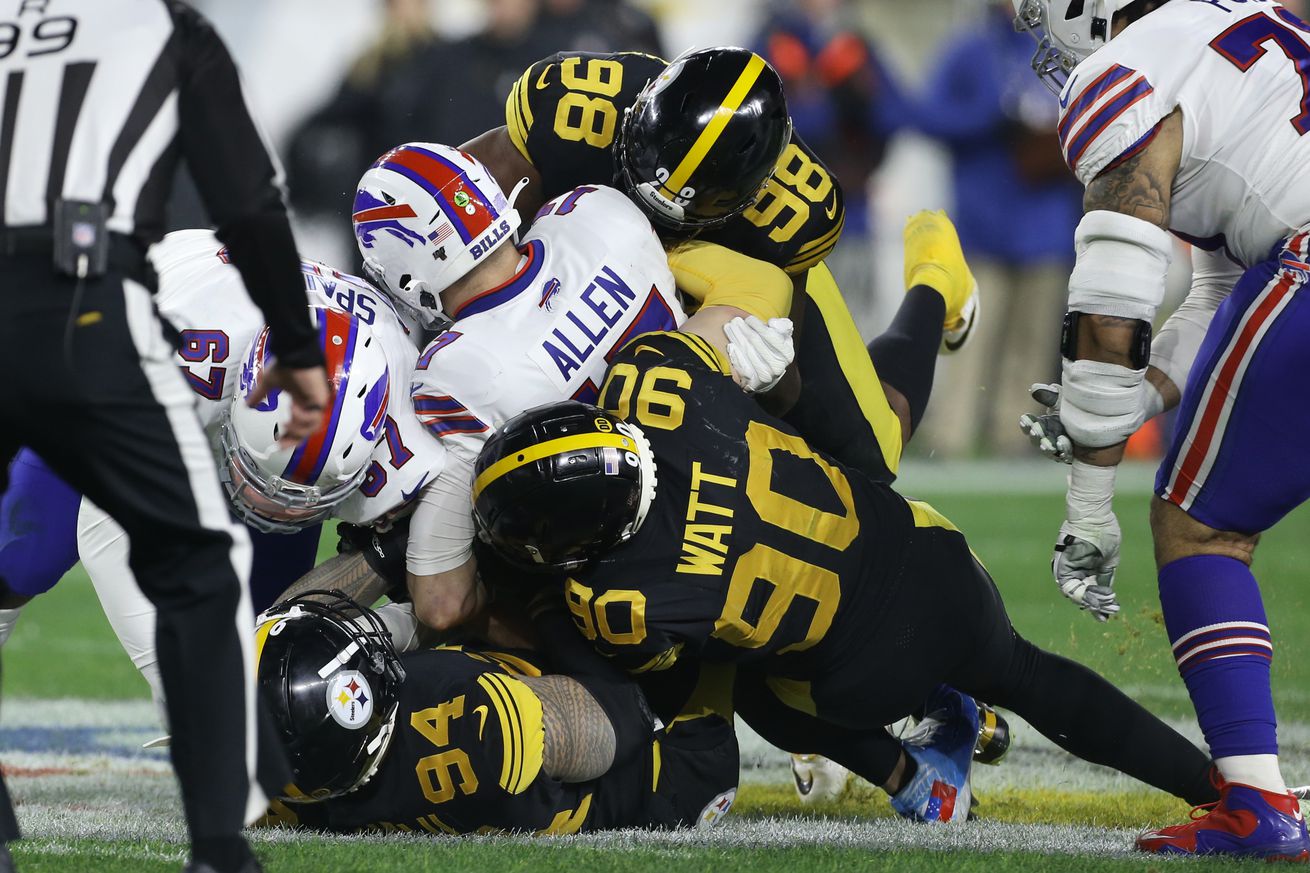 There’s always so much to talk about when it comes to the Pittsburgh Steelers. But the narrative is always changes. To quote the late, great Rowdy Roddy Piper, “Just when you think you’ve got all of the answers, I keep changing the questions”. Well the inquiries surrounding the black-and-gold are definitely ever-evolving. Especially this week with the Steelers returning to action against the Philadelphia Eagles. Will they be off kilter with the circumstances surrounding the bye or will the black-and-gold be hyper-focused? With that offered up, BTSC tries to answer some of the poignant wonderings ahead of time. Take a gander at some bold statements on this and more as we label them as fact or fiction.

If the NFL grants Buffalo a forfeit, they would go and grant the Steelers one as well

First and foremost, the NFL is going to do everything possible not to lose football games and the subsequent revenue. Also, don’t think for a second that the Tennessee Titans will go severely unsanctioned for violating Covid-19 protocol. But the punishment will most likely be draft picks and fines. If a forfeit is granted to one team, it is only just that forfeits would be granted to all teams affected by their gross negligence. Forfeits are probably going to be the last resort. The Super Bowl venue in Tampa is reserved through April, so the NFL will extend the season and benefit from it monetarily. But if they have to grant a forfeit, it will only be as a last resort. Fair and equal treatment won’t be in the equation.

The Steelers contest against the in-state Eagles will forecast the remainder of the season.

This is a pivotal matchup for the Steelers. How they respond to the layoff and the adversity of last week will tell the tale of the intestinal fortitude of this team. If they play down to lesser competition like in past seasons, that would prove to be very disconcerting. But if they come out business-like and make an all-in statement, they safely can be considered high on the list of contenders.

Minkah Fitzpatrick is playing better than what fans think

After an All-Pro season in 2019 since arriving to the Steel city courtesy of the Miami Dolphins, Minkah Fitzpatrick was expected to play with the same dominance as Troy Polamalu, Donnie Shell and Carnell Lake. With the Steelers selling out to stop the run early in 2020 against the likes of Saquon Barkley. Melvin Gordon and David Johnson…the secondary was left stranded out on an island. That’s not to say that they’ve been playing flawless ball, because they haven’t. There’s definitely room to improve. As far as No. 39 goes, he’s being employed by coaches in a different manner. I have a feeling that the coaches regard the efforts of Minkah differently than the fans. And that’s all that matters.

The Eagles and Steelers are two of the best at getting to the quarterback. Phily leads the way with 17 sacks in four games, while the Steelers garnered 15 in three. The Eagle O-line has been ravaged with injury, while the Steelers protectors are long in the proverbial tooth. There could be double-digits in sacks when considering the combined efforts of both. This is a game in which Bud Dupree and T.J. Watt could get multiple takedowns of Wentz, despite his elusiveness.

The Steelers players frequently cite the inspiration that comes from their towel-waving, Renagade-bellowing congregation. Only 5,500 fans in the stands? They will make enough noise to fire up their black-and-gold warriors.