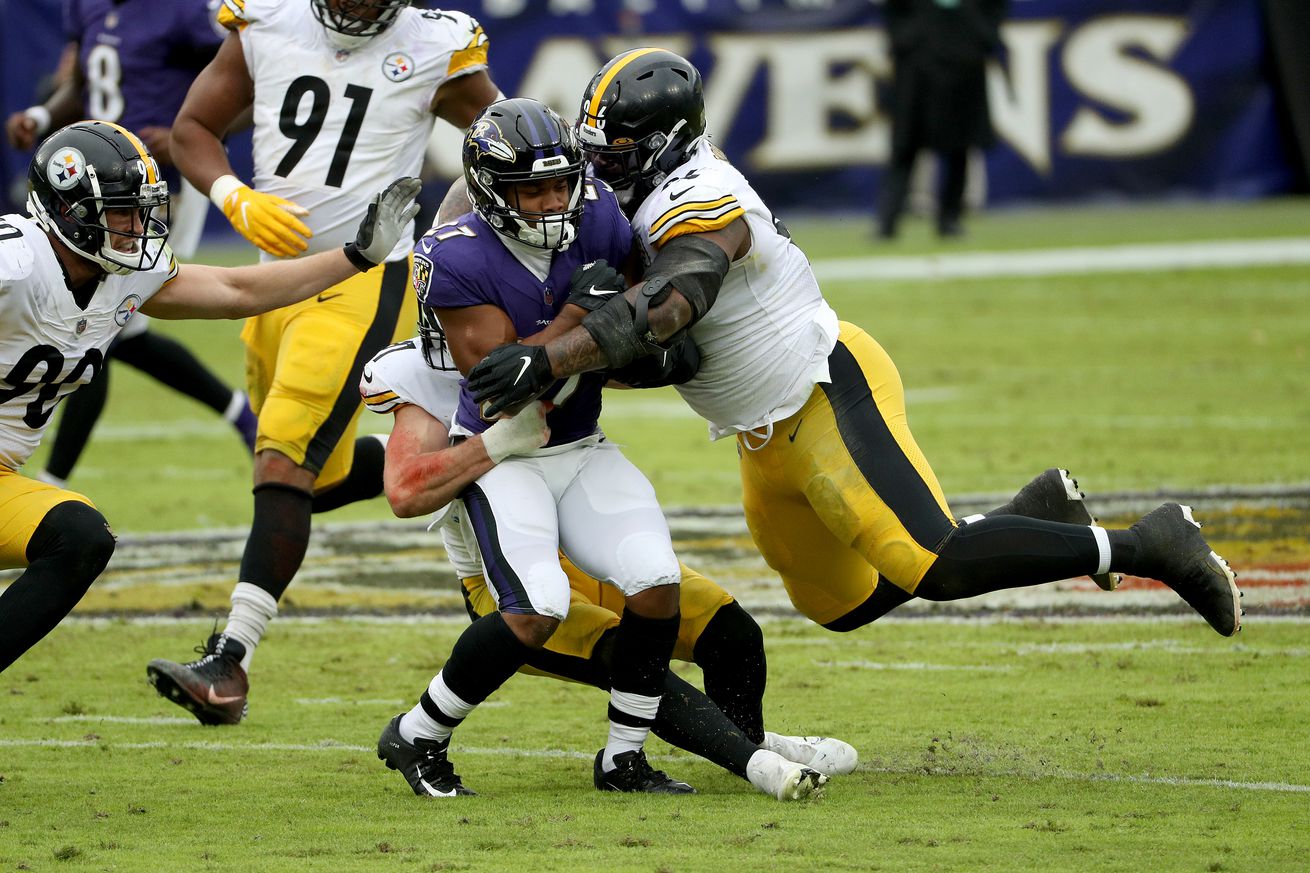 There’s always so much to talk about when it comes to the Pittsburgh Steelers. But the inquiries surrounding the black-and-gold are definitely ever-evolving. Especially this week with the Steelers winning a thriller over arch rival Baltimore after being down ten points in the second half. With the Steelers at 7-0 and facing three straight weeks of competition, will the black-and-gold remain focused or suffer a letdown? BTSC tries to answer some of the poignant wonderings ahead of time. Take a gander at some bold statements on this and more as we label them as fact or fiction.

Are we on point? Only time will tell because like Stephen King says, “Fiction is the truth inside the lie”.

The trade for Avery Williamson signals a demotion for Robert Spillane

First and foremost, this was a tremendous trade. I don’t care that Williamson is considered a “rental”. It doesn’t matter to me that the former Jet and Titan is going to be a free agent after the season. All that really matters is that the Steelers were thin at inside linebacker before Devin Bush Jr. went down and they were even thinner when UG3 started having back spasms again. Kevin Colbert merely gave up draft position in 2022. He surrendered a fifth and got back a seventh for a tackling machine. The addition is huge due to the fact that it spells Spillane at a spot that wasn’t meant to be a three down situation. Spillane is unequivocally the starter. He isn’t getting replaced. He’s just getting help.

Isaiah Buggs, Alex Highsmith and Justin Layne are making their cases to be future starters

In 1986, ultimate one-hit wonders Timbuk 3 sang it well…the future’s so bright, I gotta wear shades. I feel that way about the Steelers defense. When Buggs was pressed into action early on against Baltimore, he looked very green in the first half of action. In the second half, the sixth-rounder out of Alabama looked black-and-gold and had two huge stops of Lamar Jackson in the second half. Just like Buggs, Highsmith and Layne look to be making their way towards the starting lineup with increased playing time and big plays. You should see all three of these guys having their names announced as they burst out of the Heinz Field tunnel in 2021.

The Steelers will have three players above 10 sacks in 2020

T.J. Watt leads the Steelers defense with 6 1⁄2 sacks. But when he can’t get to the quarterback, it seems like Alvin Dupree is the one hovering over a fallen quarterback instead. Bud has six opposite Watt. Then there’s the mammoth Stephon Tuitt. He looked well on his way to double digits last year before he went down in Los Angeles for the season in Week 6. This year the Notre Dame product looks even more dominant. One of these three guys is going to lead the way in sacks for the squad that breaks the team’s all-time mark. If all three continue their pace from the first seven games and stay injury free…Watt will end the campaign with 15 and the duo of Tuitt and Dupree will notch around 14 a piece.

Vance McDonald has become a forgotten man in the Pittsburgh offense

The man they call “Vanimal” has become the low man on the totem pole when it comes to division of labor in the Pittsburgh Steelers offensive game plan. Of course, it has definitely become a crowded receiver room in the Steel City. Plus, Ben Roethlisberger has got to be elated that he has so many reliable targets to toss the ball to. But somebody is going to get the short end of the stick (Big Ben’s arm), and that someone is Vance Coman McDonald. JuJu Smith Schuster leads the team with 50 targets. No. 89 falls in at seventh with a mere 10 and he’s caught 80% of them. In addition, Vance is 13 targets behind James Conner for sixth. To make matters more pressing for McDonald, Ray Ray McCloud is three targets behind him with all seven targets in the past four games. Vance has only three in that span. The addition of Eric Ebron was most certainly going to eat into McDonald’s targets, but many thought that they’d share the load at tight end. However, the former Colt and Lion has found a home in the Pittsburgh offense with 26 catches on 37 targets. McDonald may get the chance to shine in 2020 for the Steelers, but those opportunities seem possibly to be few and far between.

Everybody is concerned about a “trap game” or the Steelers playing down to the competition the next few weeks against Dallas, Cincinnati and Jacksonville. But this team is different than in year’s past. They could possibly lose against these teams. It’s the NFL, where everybody gets paid and anything can happen. But it won’t be because they are overlooking anybody. The difference in maturity between the Steelers and the Ravens was evident when Marquise “Hollywood” Brown spouted off about his number of targets in the Steelers game. JuJu Smith-Schuster has had games when he could have complained about targets, but instead celebrated his teammate’s accomplishments. This is a team on a mission and petty issues won’t deter them from their prize.

Check out the Fact or Fiction podcast to learn even more about these topics, and their status, heading into this week’s game: