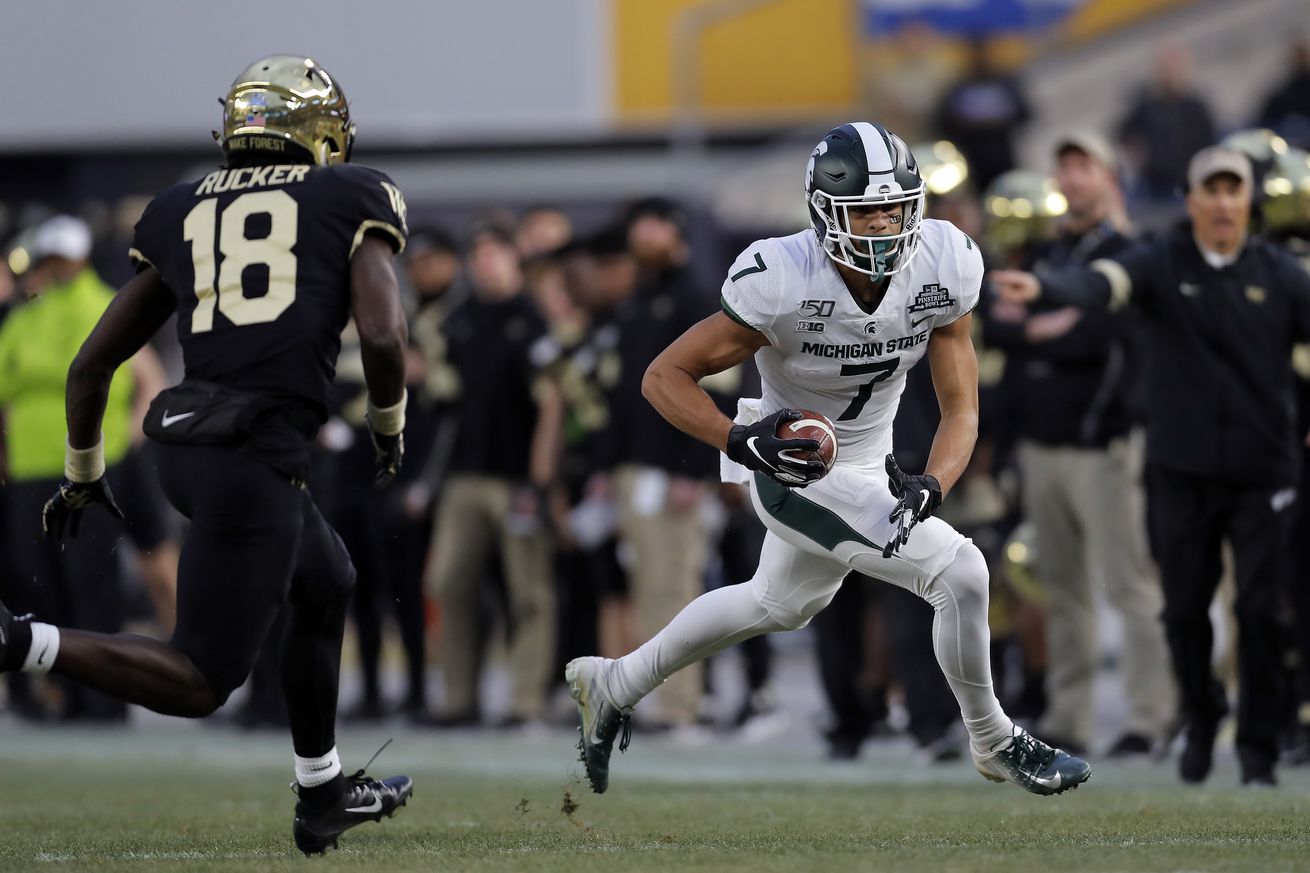 Earlier this week news broke of Daniel McCullers terminating his contract with the Pittsburgh Steelers. This meant he was being signed by another team, or being poached off Pittsburgh’s practice squad.

The team who poached McCullers was the Chicago Bears, and McCullers’ departure meant there was a vacancy on the team’s 16-player practice squad. The Steelers have filled this vacancy with wide receiver Cody White.

We have signed WR Cody White to the practice squad.

White played collegiately at Michigan State where he left for the NFL after three seasons. In his time with the Spartans, White had 143 receptions for just under 2000 yards with 12 receiving touchdowns and a rushing touchdown. Undrafted in the 2020 NFL draft, White was signed initially by the Kansas City Chiefs. Released in July with a non-football injury, White also spent time with the New York Giants and Denver Broncos this preseason but failed to make either an NFL roster or practice squad.

White does come from an NFL lineage as his father, Sheldon White, was a cornerback from 1988 to 1993 for the New York Giants, Detroit Lions, and Cincinnati Bengals. Selected in the third round of the 1988 NFL draft by the Giants, the elder White played his college football for Miami (OH). White had an interception returned for a touchdown for the Detroit Lions in 1991 which the last season Detroit won a postseason game.

Be sure to stay tuned to BTSC for the latest news and notes surrounding the Pittsburgh Steelers as they prepare for the Houston Texans in Week 3 for a 1 p.m. kickoff at Heinz Field.