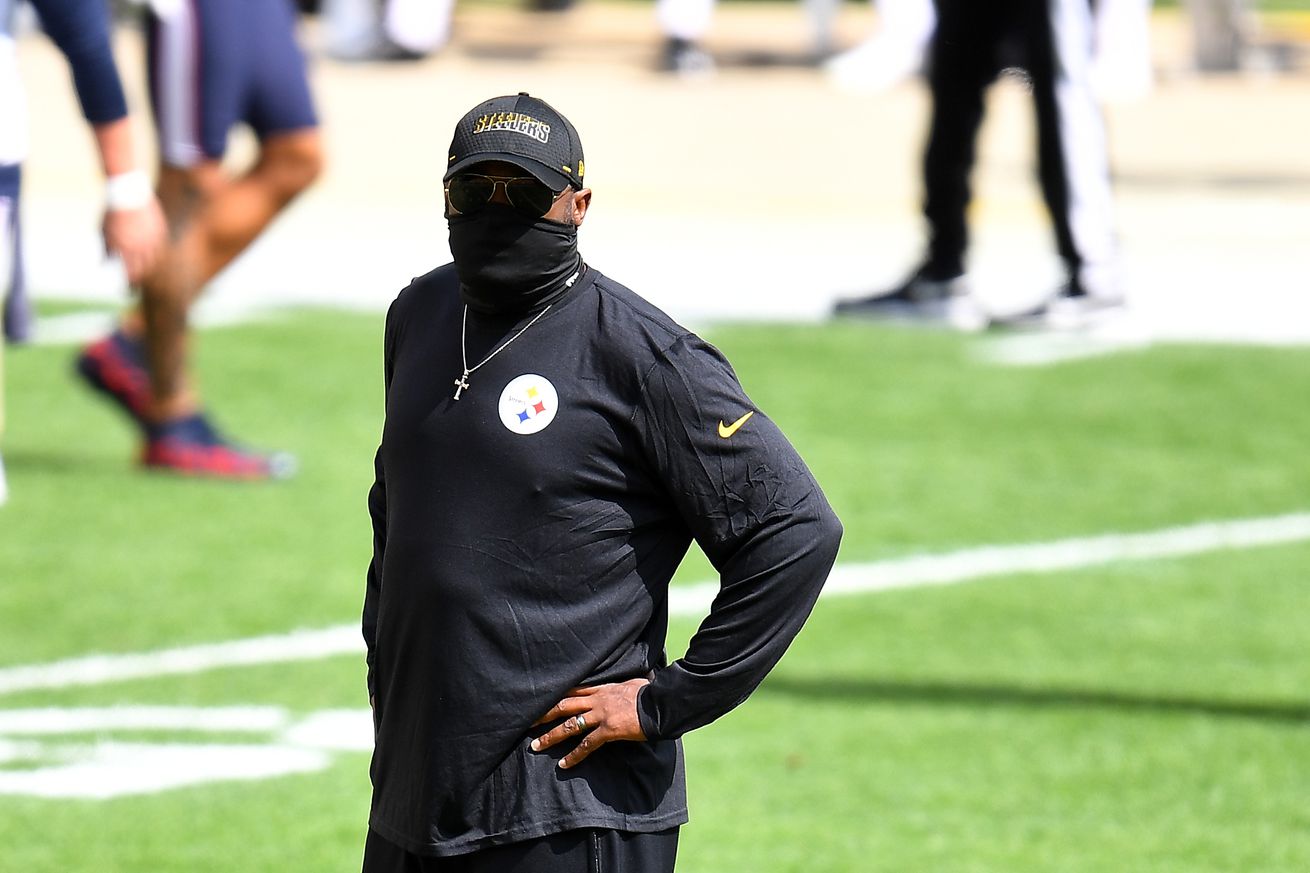 With the Steelers not being informed until Thursday they did not have a game in Week 4, the regular procedures of an NFL bye week had to be adjusted.

The Pittsburgh Steelers are back to work after an impromptu bye week from where the Tennessee Titans were unable to play due to continued positive tests for COVID-19. Not having the typical bye week, the Steelers were faced with the issue of already preparing for a game, the need to keep their Week 5 schedule, and giving players the required time off per the Collective Bargaining Agreement.

In his Tuesday press conference, Steelers head coach Mike Tomlin was asked if the team was given special permission to hold their regular practice on Monday even though they have not given their players the required four consecutive days off.

“We were given special permission,” Tomlin stated. “We always work on Mondays coming out of byes, but very rarely do we work on Thursday.”

Based on the circumstances last week, the Steelers we’re not heading into Week 4 believing they were having a bye. By the time the news came to them they were not playing last week and would instead play a game in Week 8, the team was already at the facility on Thursday in order to continue to prepare for the Titans. Since the Steelers were already being put at a disadvantage of having their bye week thrust upon them, it appears the NFL and Players Association did not want to inconvenience them any more than they already were when it came to trying to keep their routine coming off of a bye.

“The issue for us last week was we didn’t know that we had a bye until we were at work on Thursday,” Tomlin explained. “So the (NFL)PA and the league were considerate of those special circumstances and they allowed us to stick to our schedule.”

As for what the Steelers did with their typical Monday practice coming off the bye week, Tomlin didn’t lay out anything specific to this season.

“We did nothing special on Monday,” Tomlin confessed. “Yesterday is just more general work for us in terms of us getting acclimated and getting back to work after coming off of a weekend.”

Although no one wants to have their bye week thrust upon them when they are part way through their preparation for a game, if any positives can be taken from the situation it is the Steelers did have several players who had some extra time to return from injury.

Although players have typically used the bye week to possibly get out of town with their families in the past, this is not the case for 2020 even though the bye was thrown upon them last minute. For all teams in the NFL in 2020, their daily Covid tests will still need to be administered, so players throughout the league will have to stay close to the facilities in order to meet these requirements. For those thinking the Steelers were specifically disadvantaged with their testing because of the situation, it does not appear to be the case unless the NFL would lift the restrictions. Since such a move could obviously create additional COVID-19 issues moving forward, this scenario of suspending testing during the bye could put the season in danger.

Regardless of the unfortunate circumstances, the Pittsburgh Steelers bye week is now behind them and they will move forward each week with their typical schedule. Knowing the Steelers were not in any violation in regards to player practices, the issue can now be put to rest and the preparation for the Philadelphia Eagles can continue.