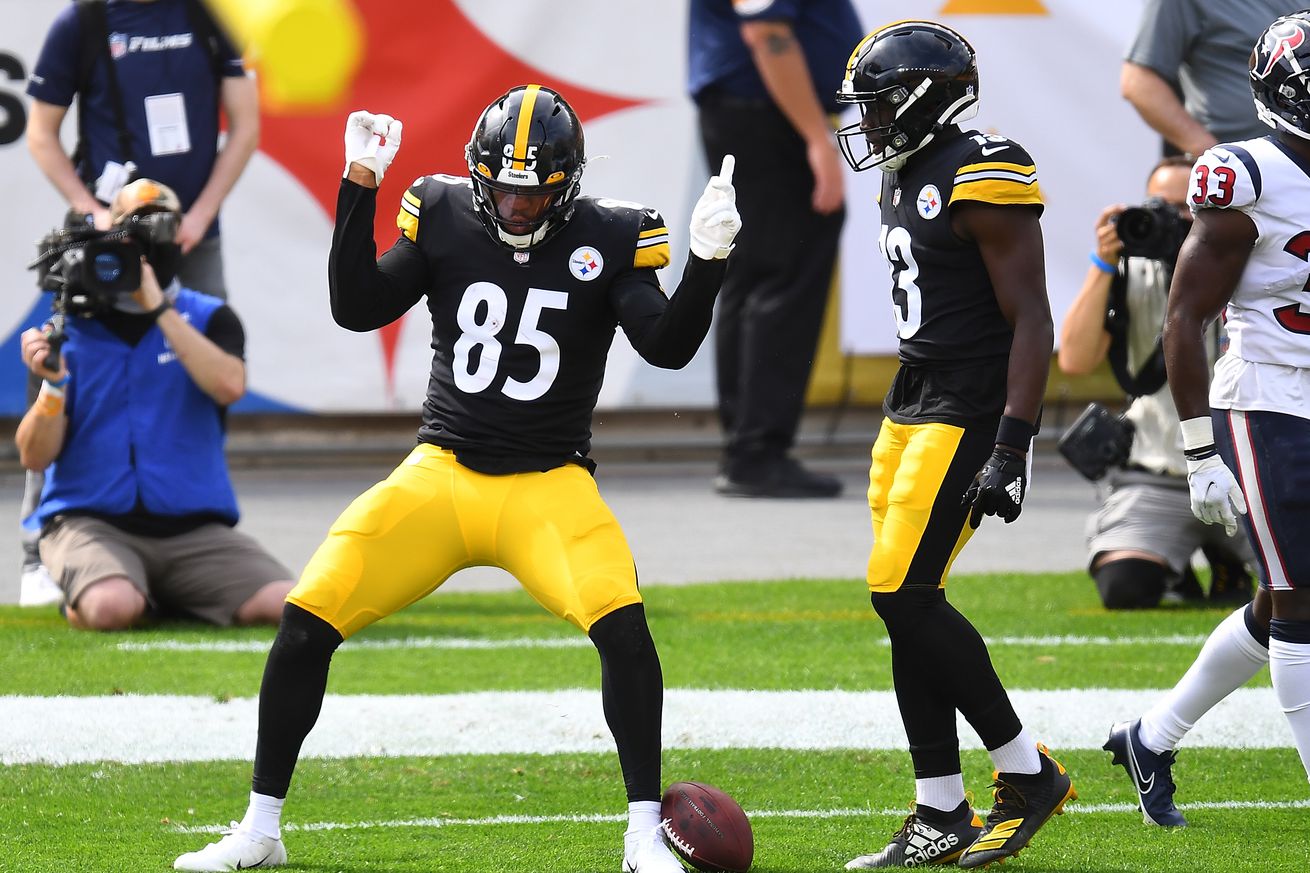 After many of the usual suspects were absent on Wednesday, almost every Steelers player returned on Thursday.

The Pittsburgh Steelers are continuing their preparation for their Week 6 matchup against the Cleveland Browns this Sunday at Heinz Field. In the second injury report of the week courtesy of the Steelers PR department, 6 players returned to practice while only one player remained out.

Maurkice Pouncey was listed as missing practice with a foot injury on Wednesday although he usually has Wednesday off as a coach’s decision. As many expected, Pouncey returned to practice Thursday and looks to play on Sunday.

In what has become an almost weekly routine, wide receivers JuJu Smith-Schuster and Diontae Johnson returned to practice Thursday with a knee and a back injury respectively. While Smith-Schuster’s return was expected, seeing Johnson back on the field, although only in a limited capacity, after leaving this past Sunday’s game is an encouraging sign when it comes to his availability for Week 6.

David DeCastro did not practice Wednesday due to the abdominal injury which caused him to exit the Steelers Game on Monday in the first quarter. He was the only Steelers player who did not practice Thursday keeping his availability for Sunday’s game in question.

Another player who did not practice Wednesday due to injury was Eric Ebron with a hand issue. On Thursday, Ebron was a full participant. After being limited in practice on Wednesday, T.J. Watt practiced fully on Thursday as well.

The good news continues for fullback Derek Watt and linebacker/safety Marcus Allen as they both practiced fully for the second straight day after missing last Sunday’s game against the Eagles.

As expected, quarterback Ben Roethlisberger and Stephon Tuitt both returned to practice on Thursday after being given their typical Wednesday off.

As for the Browns’ official injury report, you can see the names below when available.

For a recap of the injury report, check out the BTSC Steelers Injury Update podcast below when available.