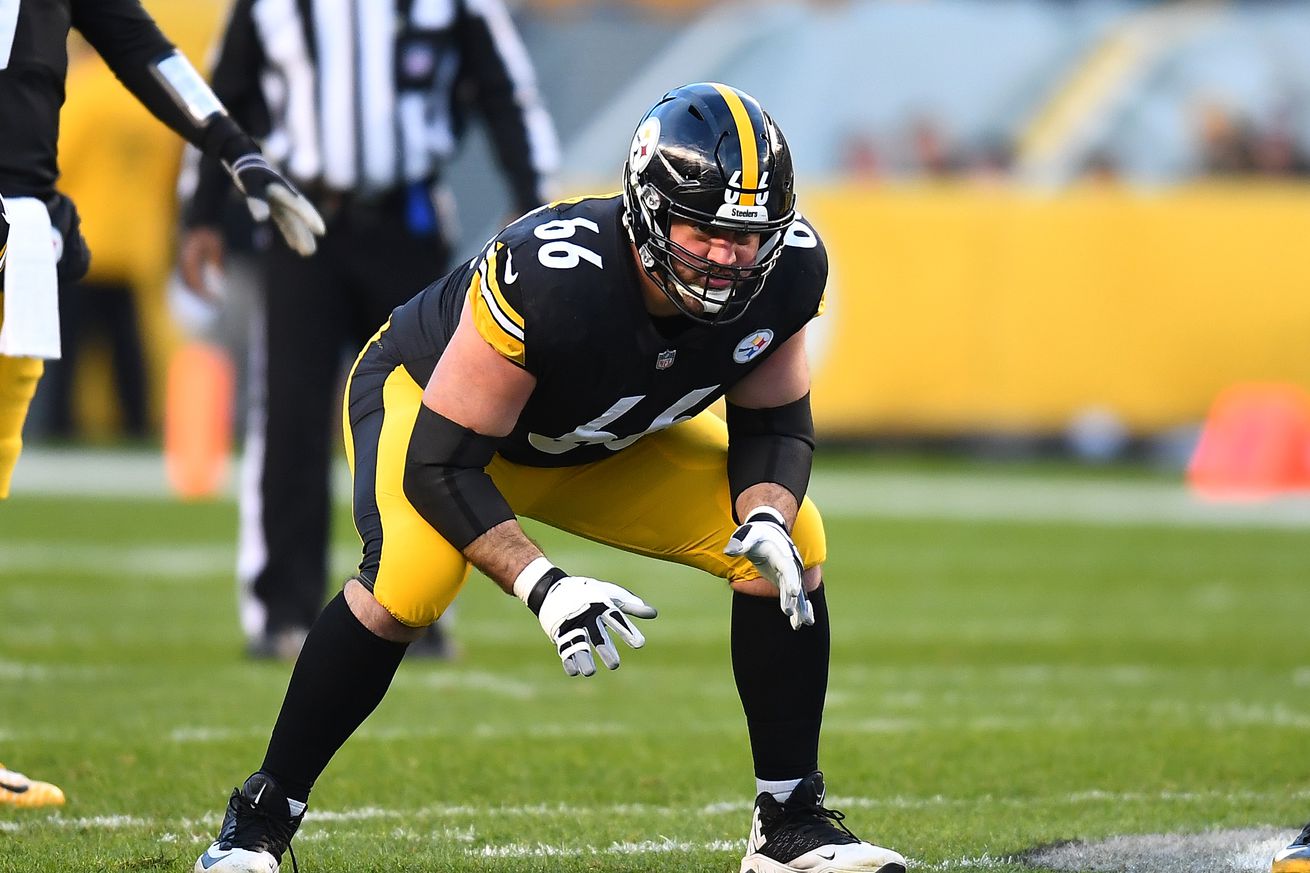 It was reported earlier in the week DeCastro was not expected to play, but now it’s official.

The Pittsburgh Steelers held their final practice before their first game of the 2020 season. On Saturday, the Steelers have one last chance to prepare for the matchup, and one last chance for players to get on the field who were dealing with injury. In good news, wide receiver Diontae Johnson had his second day in a row of a full practice. On the negative side, David DeCastro still was not able to take the field. In the final injury report of the week courtesy of the Steelers PR Department, David DeCastro has been ruled out with a knee injury while Johnson carries no injury designation.

With DeCastro unable to play, the only player on the Steelers’ offensive line who started in the same position in Week 17 last year is left tackle Alejandro Villanueva. Maurkice Pouncey started 13 of the 16 games for the Steelers at center and will be back in his familiar role, but he did miss the final game of last season due to injury. Matt Feiler moved from where he started 15 games in 2019 at right tackle over to the left guard position where he did start the Steelers Week 10 contest. Zach Banner will be getting his first NFL start at tackle although he is credited with one start in 2019 as the jumbo tight end.

Although it will be his first game with the Pittsburgh Steelers, Stefen Wisniewski is expected to make his 104th career regular season start in the NFL. With an extensive NFL resume and starting for the winning team in two of the last three Super Bowls, Wisniewski was specifically signed by the Steelers for a circumstance such as this.

With Diontae Johnson not even having an injury status for the game, the Steelers will have their full arsenal of weapons at Ben Roethlisberger’s disposal to begin the season. Even more important, the Steelers defense who hopes to improve on their fantastic 2019 season has all hands on deck for Week 1.

As for the Giants’ status report, it can be seen here courtesy of Giants.com.

The latest BTSC podcast on the Steelers’ status report can be heard below: