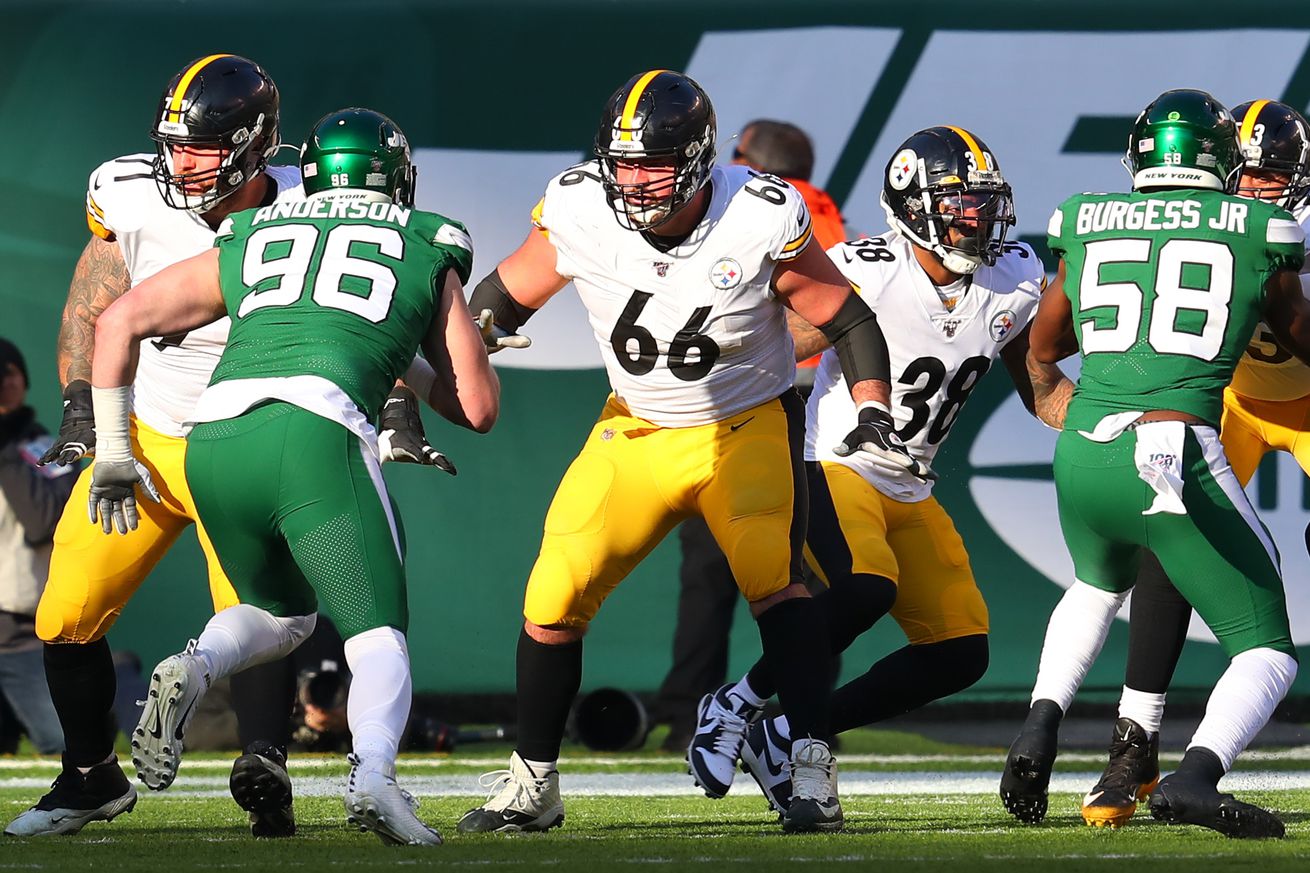 The Steelers have a lot of question marks on the offensive line going into their Week 2 matchup against the Denver Broncos.

One week into the NFL season, the Pittsburgh Steelers are thankful to be 1-0 after their win over the New York Giants on Monday, but the injury concerns along their offensive line will shape their game plan for the coming week. In the first injury report of the week courtesy of the Steelers PR department, David DeCastro and Stefen Wisniewski were among the 10 Steelers players who did not practice Wednesday.

DeCastro was the only member of the Steelers to miss Week 1 due to injury. Dealing with a knee issue, DeCastro has only practiced sparingly so far in 2020.

Stefen Wisniewski left the Steelers Week 1 game in the fourth quarter with a pectoral injury. Starting in place of DeCastro, Wisniewski’s exit was followed one play later when Zach Banner was lost for the season with an ACL injury on the Steelers final score of the game. The Steelers have not made a roster move with Banner at this time, therefore he was listed on Wednesday’s injury report.

Should both DeCastro and Wisniewski be unavailable on Sunday, 2020 fourth-round draft pick Kevin Dotson would look to get his first NFL start. Dotson played the final 6 snaps for the Steelers on offense Monday night after Wisniewski was sidelined.

Running back James Conner left Monday’s game in the first half with an ankle injury, so seeing him not practicing on Wednesday is not a big surprise. Players who were not expected to show up on the injury report and did not practice Wednesday were wide receivers JuJu Smith-Schuster (knee) and Diontae Johnson (toe), as well as defensive lineman Stephon Tuitt (achilles). The severity of their injuries is unknown at this time.

In an interview with Pittsburgh media earlier in the day, Steelers quarterback Ben Roethlisberger said the plan was for him to continue with his typical past pratice schedule for the 2020 season. This schedule includes not participating in Wednesday practices. Joining Roethlisberger was Maurkice Pouncey who also did not practice due to a coaches decision.

Even though is appears to be a lot of players out due to injury, with the Steelers previous game being on Monday night some players may simply be given extra time for some minor ailments. Before being overly concerned, fans should wait for Thursday’s practice report to get a better indication as to who may not be available on Sunday.

As for the Broncos’ injury report, you can see the names below once they are available.

For a recap of the injury report, check out the BTSC Steelers Injury Update podcast coming soon.