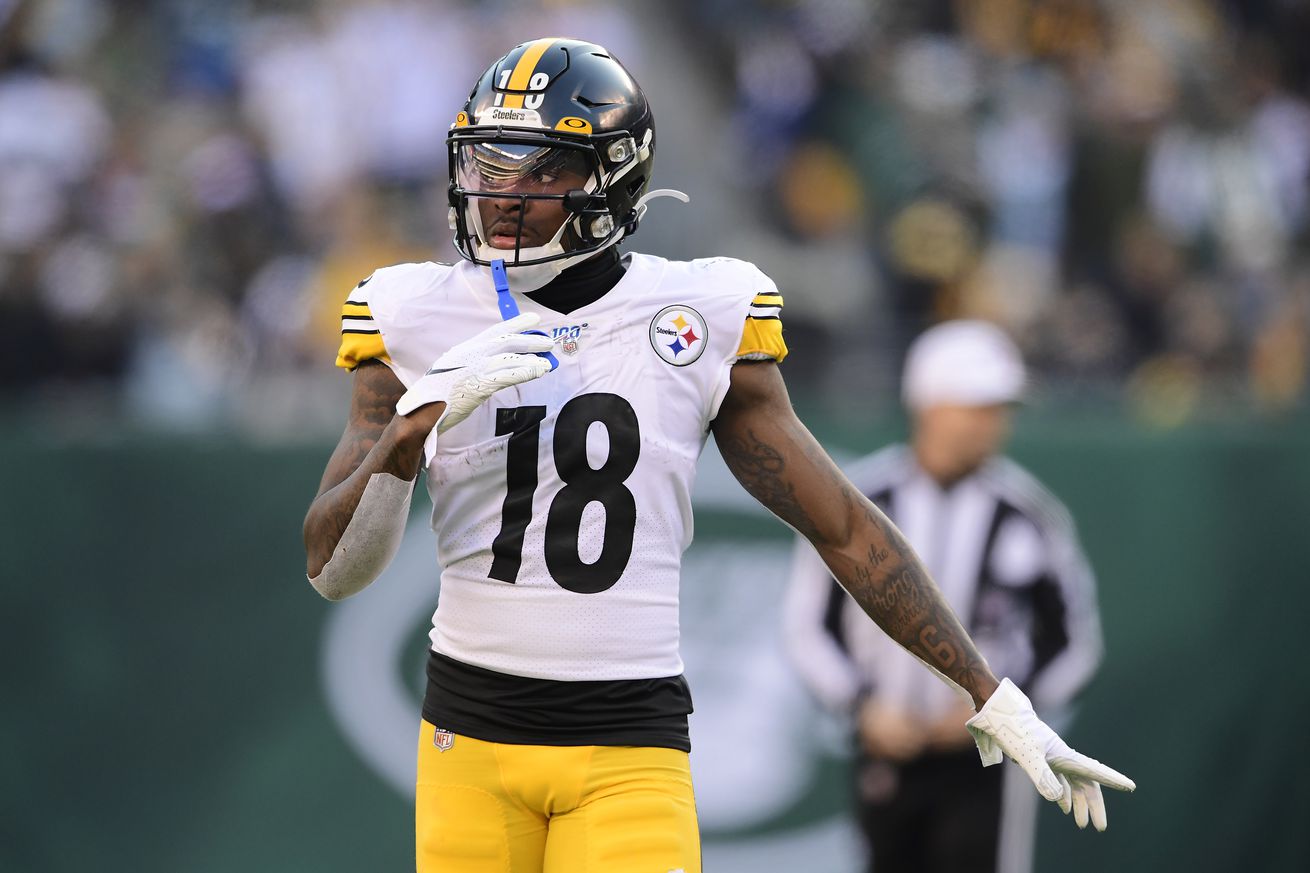 David DeCastro missing practice was to be expected, but Diontae Johnson sitting out is quite troubling.

When the Steelers take the field on Monday night against the New York Giants, they have the chance to step on the field for the first time in 2020 with almost all of their projected starting team completely in tact. In the first injury report of the week courtesy of the Steelers PR department, David DeCastro’s status was not a surprise, but wide receiver Diontae Johnson missing time with a foot injury was unexpected.

One thing which the report was able to do to bring some clarity was it stated DeCastro is dealing specifically with a knee injury. While it was reported on Tuesday the Steelers are not expecting DeCastro to be able to play in Week 1, he still has two more practices to work his way back before Monday night’s game. In the event DeCastro is unable to take the field against the Giants on Monday Night Football, the Steelers have have a capable backup to step in.

In the first depth cart of the season released on Monday, the Steelers had rookie fourth-round pick Kevin Dotson listed as DeCastro’s backup at right guard. While Dotson is an option, it is believed that veteran Stefen Wisniewski would get the start should DeCastro miss the game as expected. Wisnewski’s last start was in February in Super Bowl LIV for the Kansas City Chiefs.

The absence of second-year wide receiver Diontae Johnson was not expected at this time. Seeing if Johnson can progress throughout the week in order to be available for Monday be something which all of Steelers’ Nation will be monitoring. Johnson had missed some time in training camp, but was not previously reported as a concern with his Week 1 availability. In 2019, JuJu Smith-Schuster was bothered with a foot injury heading in to the Steelers first game but was still able to take the field. The next few days will see if Johnson is able to do the same thing.

There were a number of players who were coming back from injury out of training camp who were able to practice on Thursday. In particular, Chris Wormley had been battling injury throughout training camp but was able to return in a full capacity to where he was not even mentioned on the injury list.

As for the Giants’ injury report, you can see the names below:

For a recap of the injury report, and the Fantasy Football implications, check out the BTSC Steelers Injury Update podcast below: