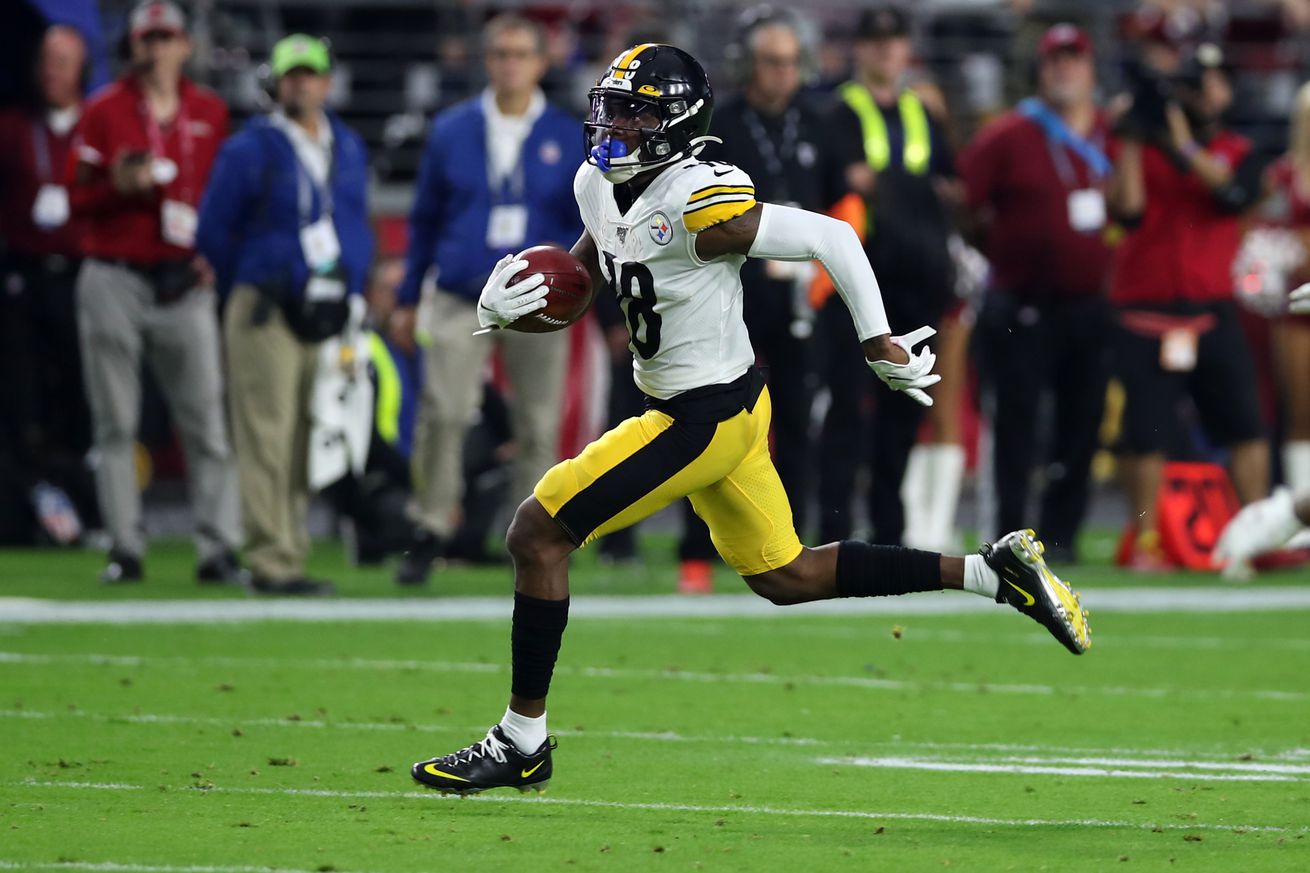 Steelers’ Nation breathes a sign of releif as the second-year wide receiver returns as a full participant on Friday.

Sometimes a game on Monday Night Football can play tricks on fans. When the injury reports get shifted to be one day later can sometimes make a player missing practice a bigger reason for concern than it may be. Add in the fact it is the first week of the season, and Diontae Johnson missing practice on Thursday had Steelers’ fans worried. But have no fear as Johnson returned to practice on Friday as a full participant. In the second injury report of the week courtesy of the Steelers PR Department, Johnson returned to the field while David DeCastro was still not able to return from his knee injury.

Much like Thursday, the report of David DeCastro not practicing was expected. As the Steelers are expecting DeCastro to miss Week 1, a return to action would be a very welcomed site. As DeCastro is out, veteran Stefen Wisniewski continues to get in work and is expected to get the start in place of DeCastro is he is indeed unable to go.

The return of Diontae Johnson should hopefully reduce any shifting within the wide receiver’s room. The Steelers chose to only keep five wide receivers on their 53-man roster to start in 2020, so should one be unavailable for the game look for a practice squad player to be brought up as part of the new rules which allow up to two practice squad players to be added without making a corresponding move. Currently, Deon Cain and Amara Darboh are the two receivers available on the practice squad.

One thing which is not always appreciated as much as it should be is the fact no names were added to the list on Friday.

As for the Giants’ injury report, it can be seen here when available as well as BTSC’s latest podcast recapping the injury report for the day.