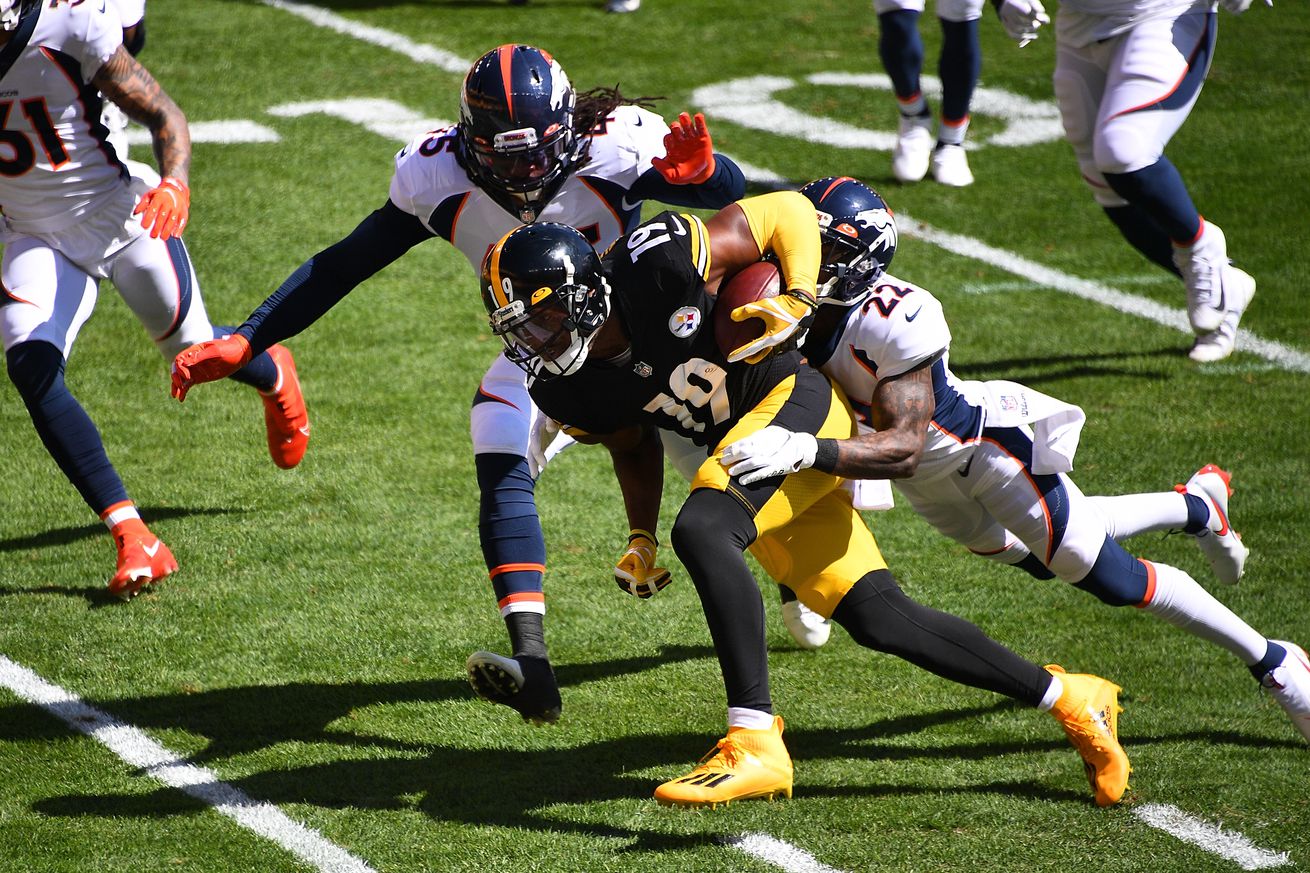 Every member of the Steelers 53-man roster practiced on Friday

The Pittsburgh Steelers finished up their preparation for their Week 3 matchup with the Houston Texans on Sunday. After every player but JuJu Smith-Schuster returned to practice Thursday, the entire teams practiced on Friday. In the final injury report of the week courtesy of the Steelers PR department, JuJu Smith-Schuster is the only player in question and he carries no injury designation.

Many Steelers’ fans felt going into this week the biggest question when it came to injury would be with All-Pro guard David DeCastro. DeCastro practiced fully every day in Week 3 and does not carry an injury designation for Sunday’s game.

Where questions began to arise this week was when JuJu Smith-Schuster missed two practices due to a knee injury. Last week, Smith-Schuster missed practice on Wednesday only to return on Thursday. After missing Thursday’s practice, much of Steelers’ Nation begin to get nervous about the status of the Pro Bowl receiver.

According to Smith Schuster, there was no question as to whether or not he will be available for the game.

Per sources: JuJu Smith-Schuster will play against the Texans.

In returning to practice on Friday, Smith-Schuster did give his fantasy owners much needed assurance for his status on Sunday. And now that he carries no designation, there shouldn’t be any reason to question his availability.

As for the Texans’ injury report, you can see the names below: