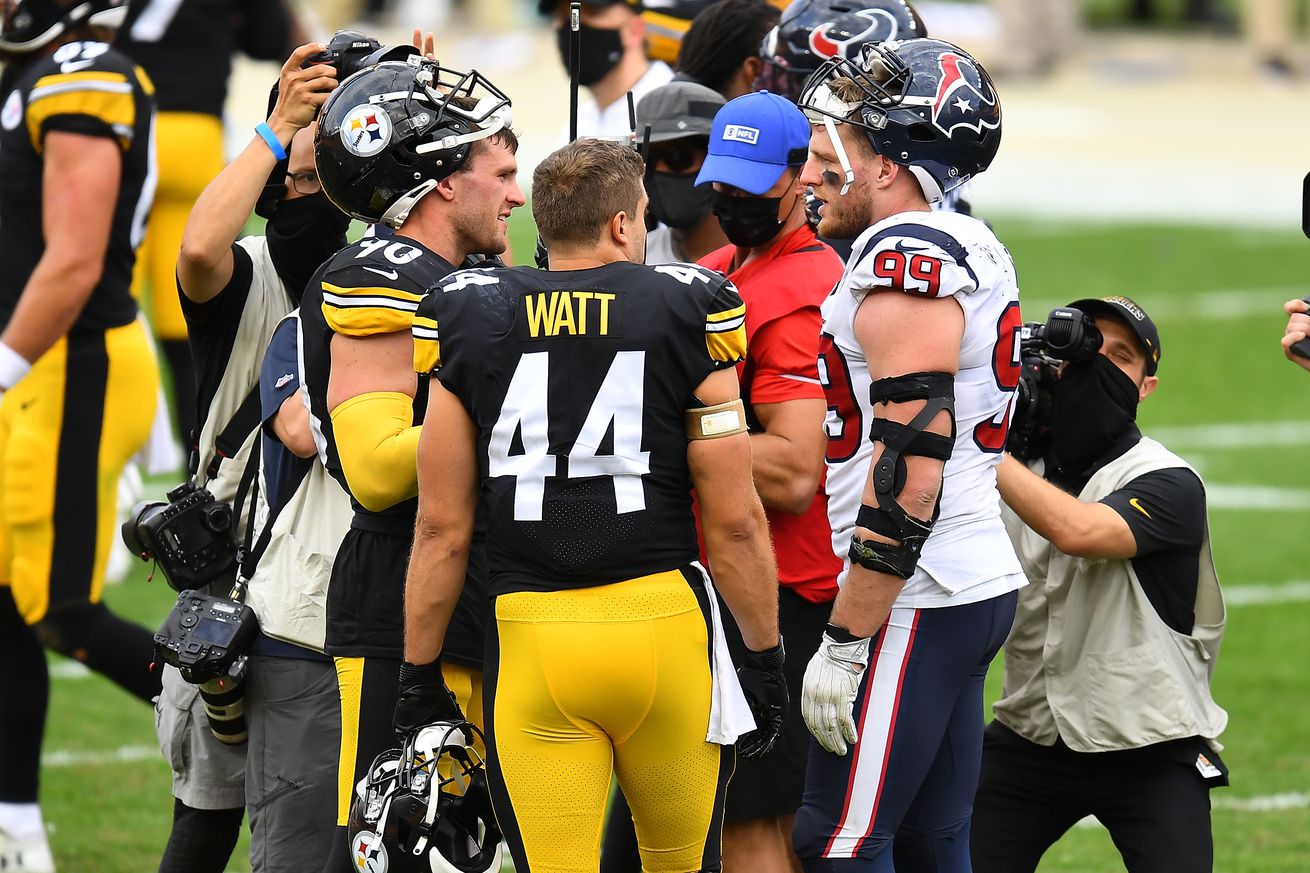 As expected, T.J. is fine for Sunday while Derek will miss his first NFL game.

Coming off their unscheduled bye week, the Pittsburgh Steelers are focused on keeping their win streaking rolling as they take on the Philadelphia Eagles this Sunday. Of course, the Steelers still had a couple of players who were most likely going to miss their Week 4 game who were hoping to return for Week 5. In the final injury report of the week courtesy of the Steelers PR department, 2 players have been ruled out for Sunday’s game.

After the big surprise to the injury list yesterday with the addition of T.J. Watt who did not practice on Thursday, Steelers’ fans took a collective gasp. If you were wondering about the massive rush of wind you felt Friday afternoon, it was the sigh of relief from Steelers’ Nation as the youngest Watt brother returned to practice Friday and does not carry an injury status for Week 5.

Steelers fullback Derek Watt will miss the first game of his 5-year NFL carrer on Sunday as he is dealing with a hamstring injury which kept him out of practice all week. With Watt missing the game, the Steelers options at fullback are quite limited. Whether or not the Steelers use a tight end or elevate a player such as Trey Edmunds off the practice squad remains to be seen, but as rare as it is the Steelers use a fullback they may just roll without one this week.

Another player who was anticipated to miss the Steelers Week 4 game had it occurred was safety/linebacker Marcus Allen who has also been ruled out for Week 5 due to plantar fasciitis. Officially listed in a general form as a foot injury, Allen did not participate in practice all week and will not play on Sunday. With Allen unavailable, Ulysees Gilbert III could be active for the Steelers for the first time in 2020 in order to act as depth at inside linebacker as well as play special teams.

As for the Eagles’ injury report, you can see the names below once they become available,

For a recap of the injury report, check out the BTSC Steelers Injury Update podcast below when available: