When the Pittsburgh Steelers go on the clock in the first round of the 2021 NFL draft, they should have a clear idea of whether or not quarterback Ben Roethlisberger will be returning for the 2021 season. You would think this would have a significant impact on the direction this pick goes.

ESPN’s Todd McShay put out his latest mock draft and with the Steelers pick he opted to pass on a potential franchise signal caller, instead opting for a feature running back.

With the Steelers pick, McShay has the Steelers taking Alabama running back Najee Harris. Here’s what he had to say about the pick and passing on a quarterback.

James Conner is playing out the final few games of his rookie deal and might not return. If he doesn’t, running back will be a hole. Benny Snell looked adequate this season when called upon, but Harris is different. His 1,387 rushing yards are third in the FBS this season, and he has averaged two scores on the ground per game. Speed, power, pass-catching and pass-protection ability, Harris brings it all.

On the quarterback front, Pittsburgh could potentially land one of the top five guys, but a deeper option also could be in the mix if Ben Roethlisberger decides to retire and/or the team does not do something in free agency. Offensive line also is a big-time need, so perhaps Wyatt Davis (Ohio State) or Trey Smith (Tennessee) are in the mix.

This would be an interesting position for the Steelers to be in. Aside from Harris, Florida quarterback Kyle Trask is still on the board as well as Alabama offensive tackle Alex Leatherwood and Ohio State guard Wyatt Davis. 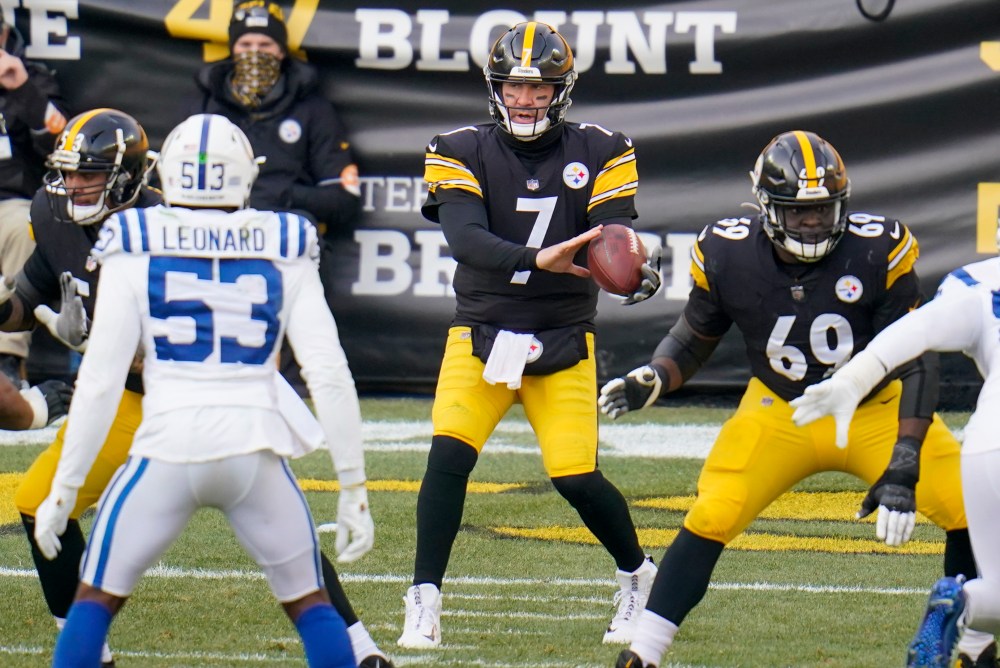