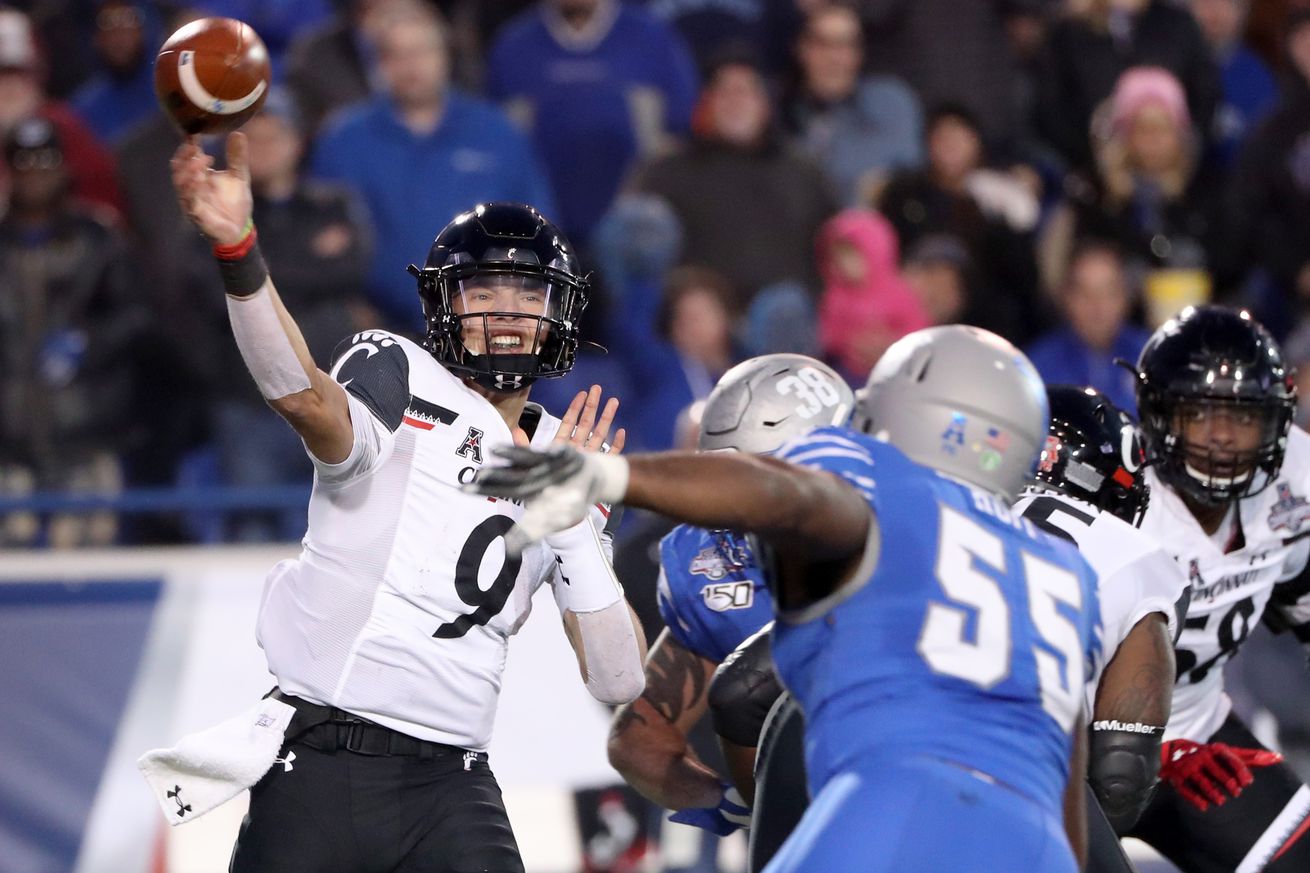 Let’s take a look at Week 4 of the 2020 college football season.

Week 4 of the college football season is upon us, complete with more postponements due to the COVID-19, but also new arrivals to the season. The South Eastern Conference, or SEC, is back!!

Don’t get me wrong, I am very appreciative of being able to just watch games…any games to be honest. Still though, looking through the schedule of games and not seeing Alabama Georgia and LSU was weird and it will continue to be somewhat different until the Big 10 and Pac12 appear in the schedule, or on TV sets.

With that said, one would think this week’s highlighted game would be an SEC match up. Not so fast my friend, channeling my inner Lee Corso. I’m not really sure what to expect in terms of dynamic viewing pleasure, but what I do know is that both teams like to run the ball and both rely on playing fundamentally sound defense. I expect the outcome of this game coming down to the legs of the Bearcat’s quarterback Desmond Ridder. This may not be a game for everyone, but I know where I will be at 3:30 Saturday evening.

I’m not a quarterback guru by any stretch, but with Ben Roethlisberger nearing an end of a Hall of Fame career, I felt it’s time to start looking at that position a little more closely. At first look at Ridder, I see a combination of Patrick Mahomes and Lamar Jackson. Now I’m not saying he has Mahomes’ arm strength, or is as fast and elusive as Jackson, but he has some traits that are very similar.

The Bearcat quarterback has a strong arm and what stood out was the ball placement and touch of his passes. He’s also comfortable throwing on the run and has some Roethlisberger in him, in that he can create when things go off schedule. Cincinnati has designed runs for him, but what I noticed is that he looks to throw first and not just use his legs to run. He will stand in the pocket and look through his progressions, but make no mistake he is a heady athlete and when there is open field he will take off. As of now he is currently ranked around the fifth round but I’m thinking he will rise up boards.

Join in on the conversation and tell us what game you are watching and what prospect(s) you would like to see in the Black and Gold.