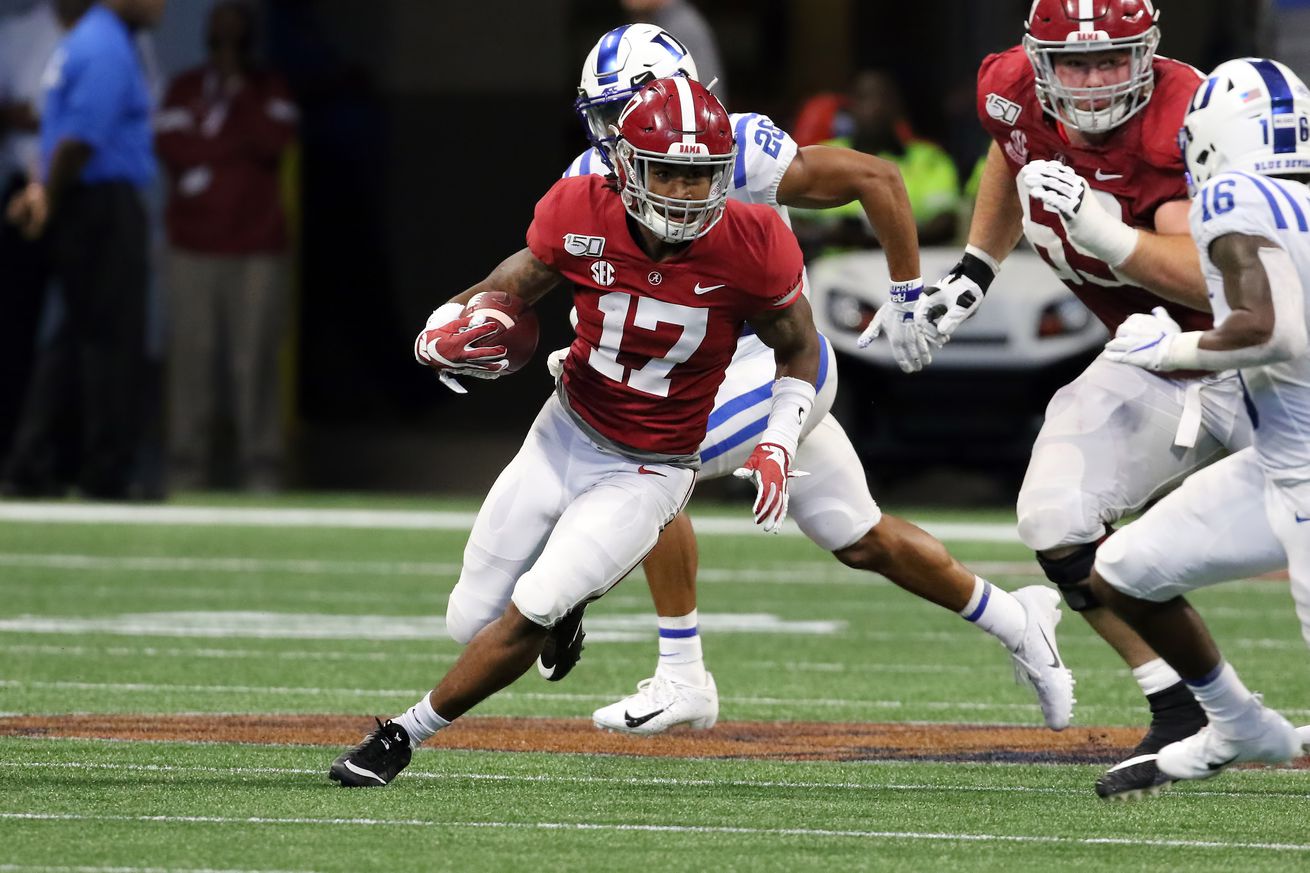 This past Saturday we saw the Oklahoma Sooners ranked 18th at the time lose consecutive games and probably knocking them out of the Top 25. For Oklahoma and their fans you have to look back to 1999 to find the last time the Sooners lost back to back regular season games.

I’m going out on a limb here in Week 6 and call my first upset of the year and it involves the top ranked Clemson Tigers. Yeah that’s right, Miami will beat Clemson. I’m not sold on D’Eriq King as an NFL prospect, but he is a fun watch at this level though and I don’t believe the stage will be too big for him on Saturday.

I want an offense like the Kansas City Chiefs, they have so many weapons and though it centers around Patrick Mahomes, one can’t deny that Tyreek Hill is a huge part of what is going on there. Whether he’s running reverses, deep crossings or just being a decoy set up by fear of that undeniable speed, the KC offense is a juggernaut.

The thought of Waddle being added to the Steelers’ offense makes me salivate. There are pieces for Ben Roethlisberger to work with but what Waddle could add is just not there. I know some of you are saying, what about Chase Claypool? That type of speed is completely different in comparison. Waddle also adds a dimension to the return games that we haven’t really had since Antonio Brown floated a valve.

The young man will need to continue working his craft and technique at the next level, getting off jams at the LOS and just the physicality of the game. Route tree has been limited at Bama, some due to the other receivers but some was how he was used. One thing is for sure when the ball is in his hand something exciting is about to happen. This isn’t the marquee matchup in terms of competition but there are only so many weeks and so many players and he is one of my favorite prospects on the offensive side of the ball.

No. 9 Texas vs Oklahoma Noon FOX played at the Cotton Bowl in Dallas Texas – This little match up is affectionately known as the Red River Rivalry. Could the Sooners drop three in a row?

Join in on the conversation and tell us what game you are watching and what prospect(s) you would like to see in the Black and Gold!