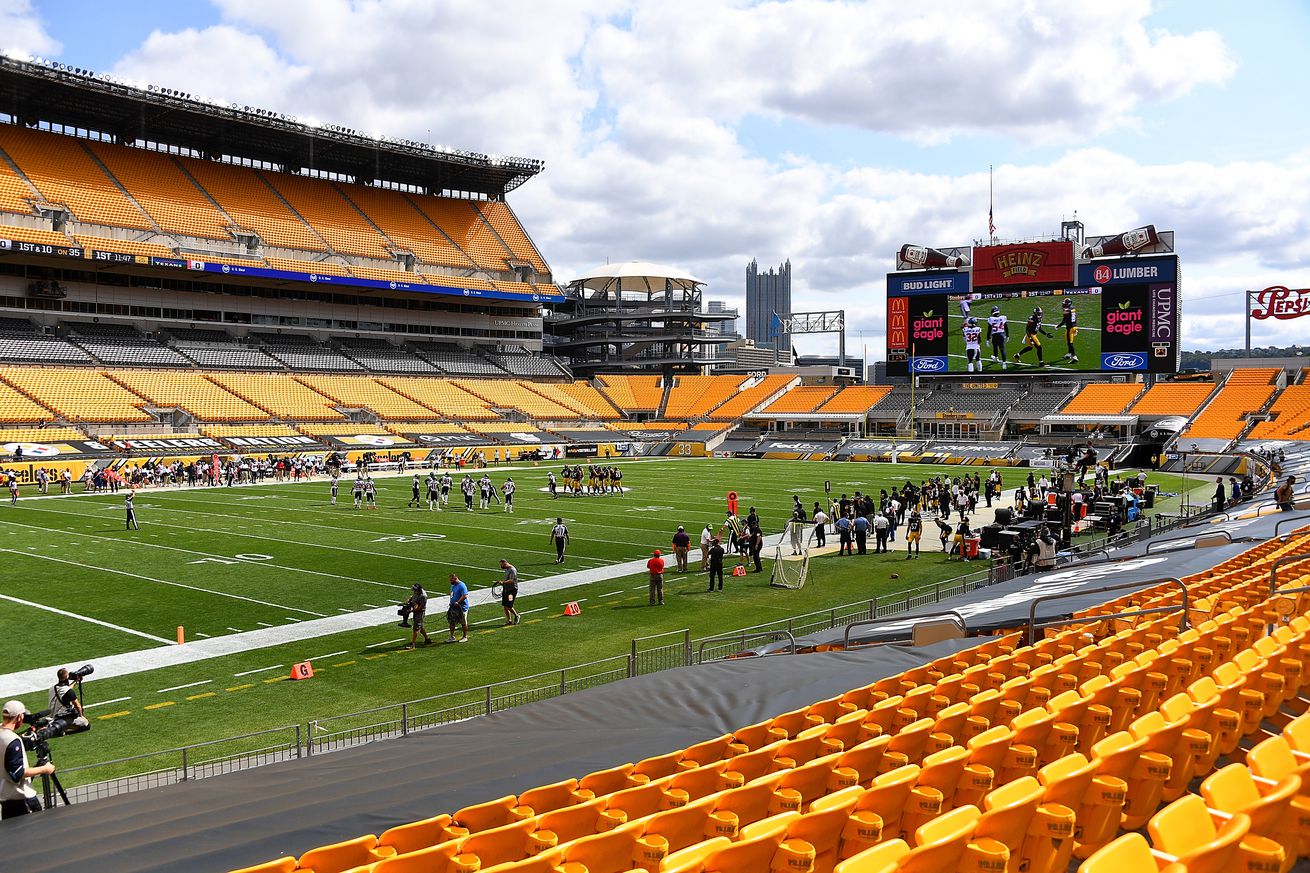 The state of Pennsylvania is allowing a small number of fans at outdoor sporting venues while following social distancing protocols.

On Tuesday, Pennsylvania Governor Tom Wolf gave the go ahead for the Pittsburgh Steelers and Philadelphia Eagles to each hold a limited amount of fans at their home events should the individual cities allow it. The announcement comes days before the two teams face off at Heinz Field this Sunday. This per Elizabeth Worthington of WNEP:

According to the news released from the governor’s office, the Steelers would be permitted to have a maximum of 7,500 fans in attendance. Now that the clearance has been given by the governor, the Steelers just need to quickly make sure they are following city and county regulations in order to have fans for this Sunday.

With the Steelers already having two home games played in front of an empty stadium, their next two contests are both being held at Heinz Field. Had the announcement not come Tuesday, the Steelers were looking at having no fans for half of their home slate of games. After hosting the Philadelphia Eagles this Sunday and the Cleveland Browns the following week, the Steelers are not scheduled to have another home game until the middle of November when they face the Cincinnati Bengals on November 15.

Although the exact procedures for the Steelers awarding the limited number of tickets to fans has not been disclosed, season ticket holders who did not opt out for the 2020 season have been warned to prepare for the situation and will be available to secure tickets for the coming games. Obviously, the Steelers will not be able to accommodate every season ticket holder to every game. With limited time before Sundays 1 PM kick off, it will be a scramble in order to determine who will get tickets for the Week 5 matchup.

But as far as the Steelers are concerned, it is a great problem to be facing. Even if it is just in a limited capacity, having some fans at Heinz Field and seeing those yellow towels in the stadium once more will be a welcomed sight for the Steelers as they look to remain undefeated and push their record to 4-0 on Sunday against the Eagles.

Stay tuned to Behind The Steel Curtain as the Steelers look to get back on the field this Sunday against the Philadelphia Eagles at 1 PM at Heinz Field hopefully in front of fans for the first time in 2020.