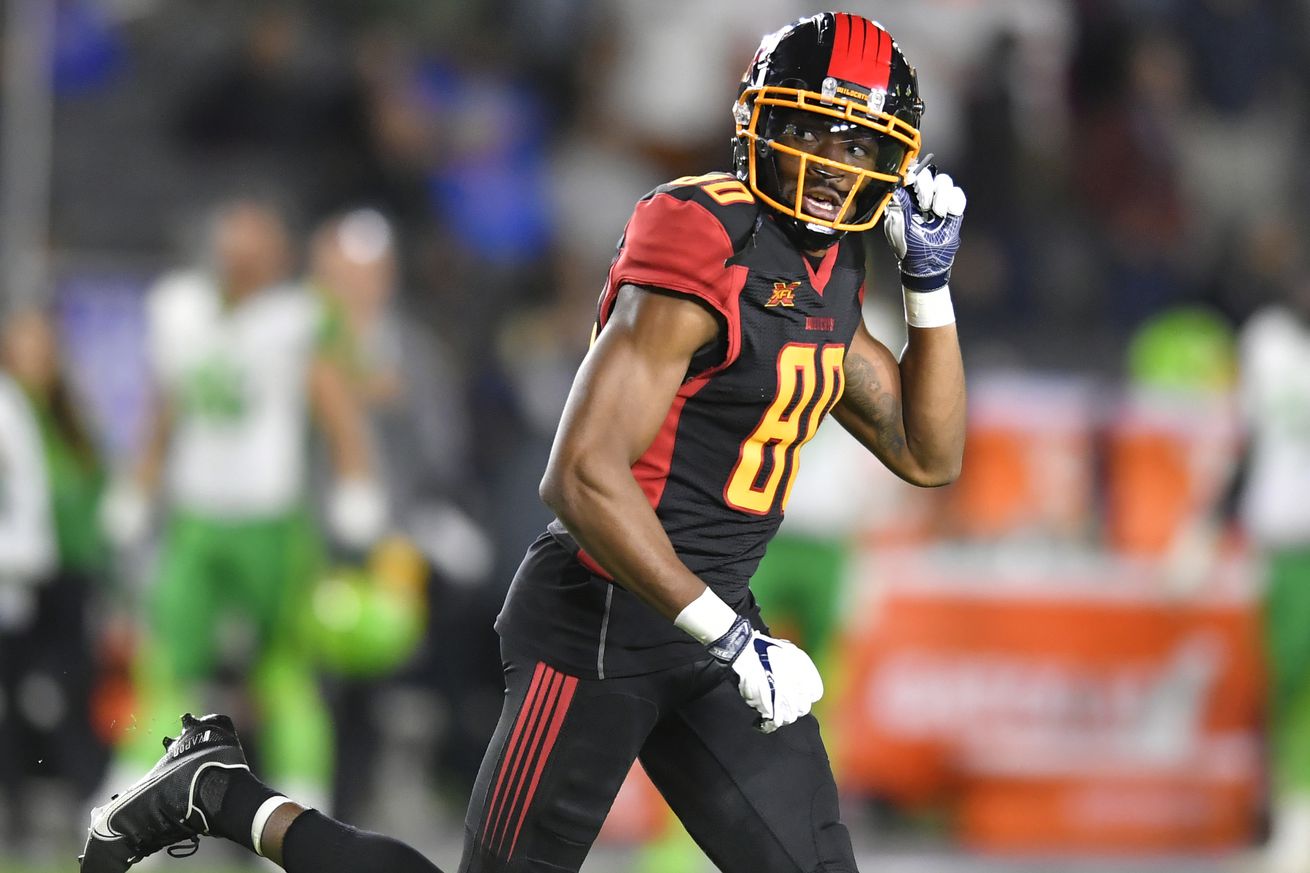 One week after his release, the Steelers have brought back the former Penn State wideout.

The Pittsburgh Steelers are continuing to change up their wide receivers room during 2020 training camp. One week after his release when the Steelers signed wide receiver Ray-Ray McCloud, Saeed Blacknall will be rejoining the black and gold.

After going undrafted in 2018, Blacknall bounced around the NFL between the Oakland Raiders, Miami Dolphins, and Arizona Cardinals. Blacknall saw resurgence in his career in the XFL where he had two touchdowns playing for the Los Angeles Wildcats.

In his four seasons at Penn State, Blacknall had seven touchdowns and almost 1000 yards receiving.

The addition of Blacknall on Friday follows the release of Anthony Johnson on Thursday who was waived/injured. With other receivers dealing with some minor injuries, the Steelers need to have plenty of healthy bodies among their nine wide receivers currently in training camp.

To make room on the roster, the Steelers released outside linebacker James Lockhart. One of the Steelers undrafted free agents in 2020, Lockhart spent two years at Texas A&M before sitting out a season to transfer to Baylor. In his final two seasons in college, Lockhart had seven sacks and 42 tackles.

Stay tuned to Behind The Steel Curtain for breaking news, player updates, and all things Pittsburgh Steelers.