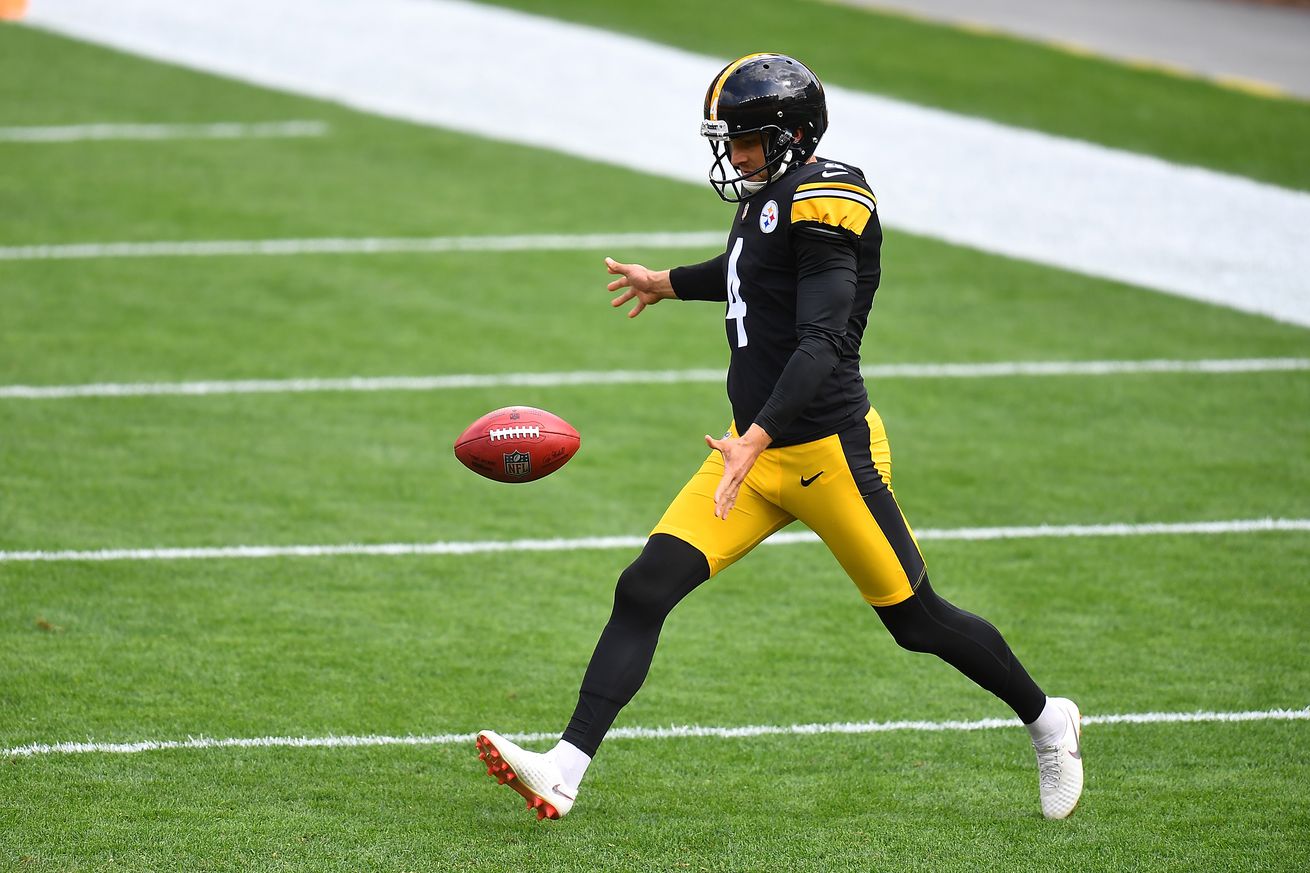 The Pittsburgh Steelers have made several moves prior to their Week 7 game vs. the Tennessee Titans.

The Pittsburgh Steelers are preparing for the Tennessee Titans in Week 7, and have made several moves prior to this showdown of 5-0 teams. Some moves were expected, while others were definitely shocking.

We have made several roster moves:

While the news of Bush going to IR is not a shock to anyone who follows the team, the news of Colquitt being released has to be a shock considering Colquitt was signed prior to the season after the team released Jordan Berry.

Colquitt struggled with getting the desired results with punting in the five games he played with the Steelers. Averaging 43.1 yards per punt, Colquitt ranked 28th in the league. The 38-year-old veteran had seen a decline in his yards per punt in each of the last three seasons. Colquitt spent the previous 15 seasons in Kansas City where he earned two Pro Bowl selections in 2012 and 2016.

One strength Colquitt brought to the Steelers in 2020 was his holding ability on extra points and field goals. One example came this past week on an extra point against the Cleveland Browns.

This play wont show up in the highlights, but this hold by Steelers Punter Dustin Colquitt is very very impressive. Well done pic.twitter.com/8TkEN3MyT2

The Steelers now currently don’t have a punter on their active roster, but have options with Corliss Waitman on the team’s practice squad. Waitman was a part of the Steelers’ training camp, and earned himself a spot on the expanded practice squad after cuts were made. With that said, the team also worked out Jordan Berry this past week, and could re-sign him before the team leaves for Nashville this weekend.

The caveat in these transactions is how players have to clear the NFL’s COVID-19 protocols before they can be signed to a team. This would make it difficult to see anyone from the outside coming in before Week 7. A promotion of Waitman would make the most sense, but even if he is promoted fans should expect another move to be made.

The player taking one of the active roster spots is defensive lineman Henry Mondeaux. One of the Steelers four protected players on the practice squad each week, Mondeaux has been a staple on the Steelers practice squad since the beginning of the 2019 season. Undrafted out of the University of Oregon in 2018, Mondeaux was signed by the New Orleans Saints but failed to make the roster or the practice squad until late December. Signing a futures contract with the Kansas City Chiefs following the 2018 season, Mondeaux did not make to to training camp with the Chiefs and signed with the Steelers where he has been ever since.

The player taking Mondeaux’s spot of the 16-man practice squad is inside linebacker Ray Wilborn who had a workout with the Steelers on Monday. Wilborn spent training camp with the Atlanta Falcons after going undrafted in the 2020 NFL draft out of Ball State. In his two years at Ball State, Wilborn had 166 tackles, three sacks, four interceptions, eight passes defensed, and two forced fumbles.

In the meantime, the Steelers will continue to prepare for the Tennessee Titans in Week 7, and kicker Chris Boswell has to be wondering who will be the holder for him in this big game at Nissan Stadium. For now, the Steelers only have 52 players on their active roster so another roster move should be coming soon.

Stay tuned to BTSC for the latest new and notes surrounding the black and gold as they try to remain perfect in this 2020 regular season.