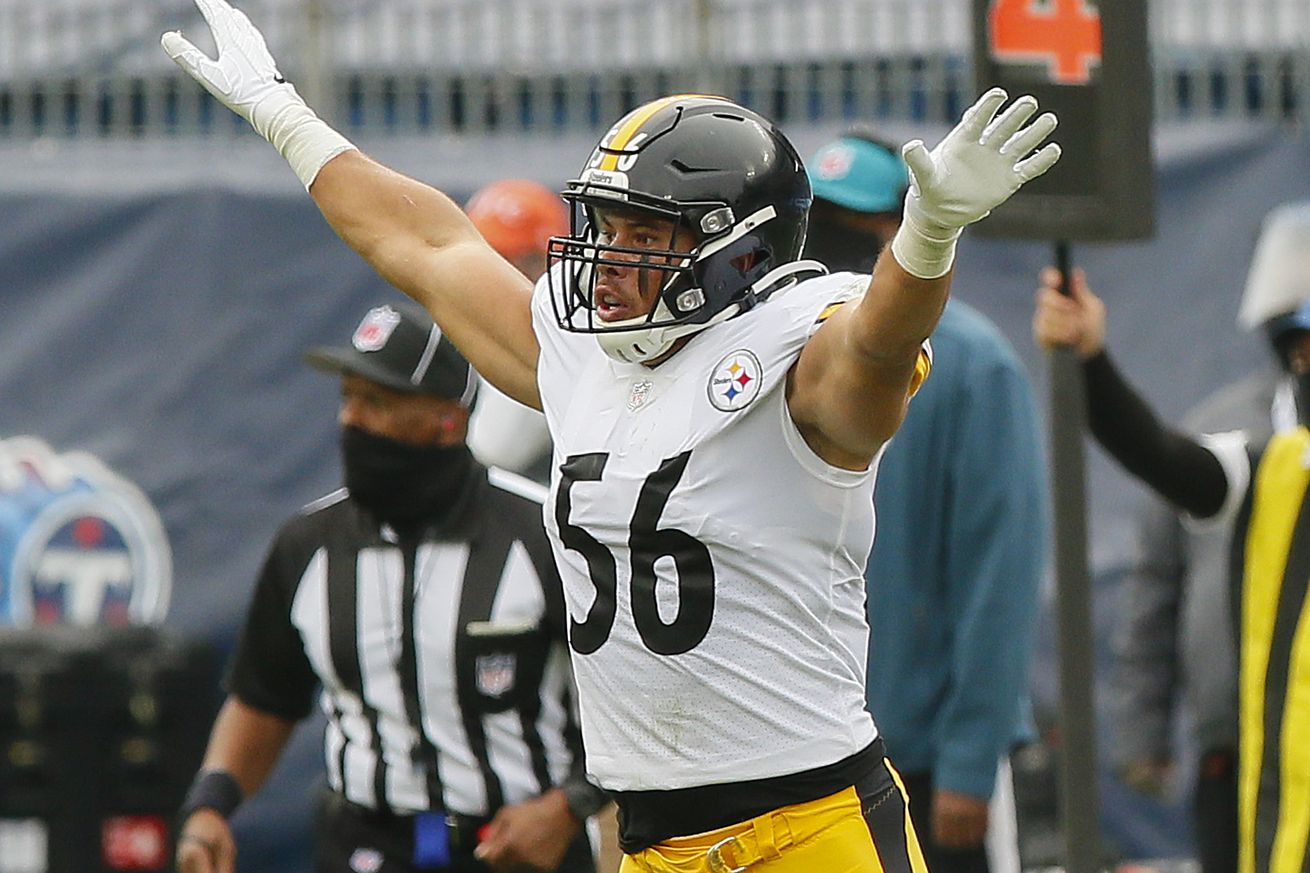 Injuries open the door for the last two rookies to not just make the active roster, but earn snaps too.

Two of the six members of the Steelers draft class have been significant parts of the Steelers season since week 1, Chase Claypool and Alex Highsmith. Two others have seen less consistent play time, Kevin Dotson, who has played at least one special teams snap in every game while finding himself a key backup on the offensive line, and Anthony McFarland, who made the active roster in week 3 and has at least one carry in each game since.

In week 9, with Mike Hilton and Tyson Alualu out, the Steelers elevated 6th round safety Anthony Brooks Jr. and 7th round defensive tackle Carlos Davis, meaning the entire draft class played in a game for the first time this season.

JuJu Smith-Schuster’s first week since the season opener where he wasn’t on the injury report resulted in him leading all Steelers receivers in snaps and receiving yards. James Washington was again fifth in snaps among the wide receivers, as Ray-Ray McCloud again took the fourth spot. Washington still found a way to contribute, scoring a 17 yard touchdown to open the Steelers scoring and start the comeback.

James Conner’s percentage of offensive snaps dropped for the second straight week as the Steelers again were forced into using an empty backfield to move the ball. Derek Watt has missed the last three games, and the Steelers have struggled to run effectively in all three of those games, it will be interesting to see if Watt’s return will alter the downward trend for running backs. Benny Snell got a carry after receiving none in week 8, but with spotty and questionable usage hasn’t been able to get anything going since his great performance in week 1. Anthony McFarland has fared better in spot use, and ranks second in rushing yards from a running back since week 1.

Eric Ebron recorded his third straight game playing 80%+ of offensive snaps, and his second straight game with a touchdown, while Vance McDonald’s snaps have steadily dropped with the decline of the run game. It stands out that without Derek Watt, the Steelers have not had success running the ball out of heavier sets, and thus the value of the Steelers two tight end sets has also dropped.

The starting offensive line played every snap for the second game in a row, the first time the Steelers have had the same five lineman for every snap in two straight games this season.

Robert Spillane played more snaps against the Dallas Cowboys than T.J. Watt did, missing only 5 snaps all game. Let that sink in for a minute, he played more snaps than Vince Williams or Terrell Edmunds. That’s a big vote of confidence from the coaching staff.

Marcus Allen played 4 snaps, all in dime defense, leaving only 1 snap where both Marcus Allen and Robert Spillane were not on the field. Imagine if someone told you that would happen this past offseason…

Carlos Davis and Henry Mondeaux were again forced into action, playing a combined 31 snaps and both recorded a tackle for a loss in the game. Isaiah Buggs played 28 snaps after being on the injury report for most of the week.

T.J. Watt and Bud Dupree both played more than 90% of snaps, missing 8 total snaps while the backup outside linebackers played 14 snaps, continuing the Steelers trend of using their outside linebackers off the ball, occasionally with three of them on the field at once.

Justin Layne played 10+ snaps for his third straight game. On the season he is credited with 2 targets for 42 yards, both against the Ravens. It will be interesting to see if the Steelers find a role for him to get snaps on defense when Mike Hilton returns.

On special teams Alex Highsmith played the most of anyone, with Benny Snell, Olasunkanmi Adeniyi and Jordan Dangerfield right behind him. Henry Mondeaux and Jayrone Elliott played double digit snaps, as they have carved out roles in their few weeks on the roster.

As the first half of the season comes to an end, the “Next Man Up” mantra has stood the test of a number of injuries this year. The Steelers have played 7 defensive lineman, 5 inside linebackers and 11 offensive lineman so far this season. Hopefully the second half of the season brings more stability, but if it doesn’t, this team has proven it can win games no matter who is lining up.