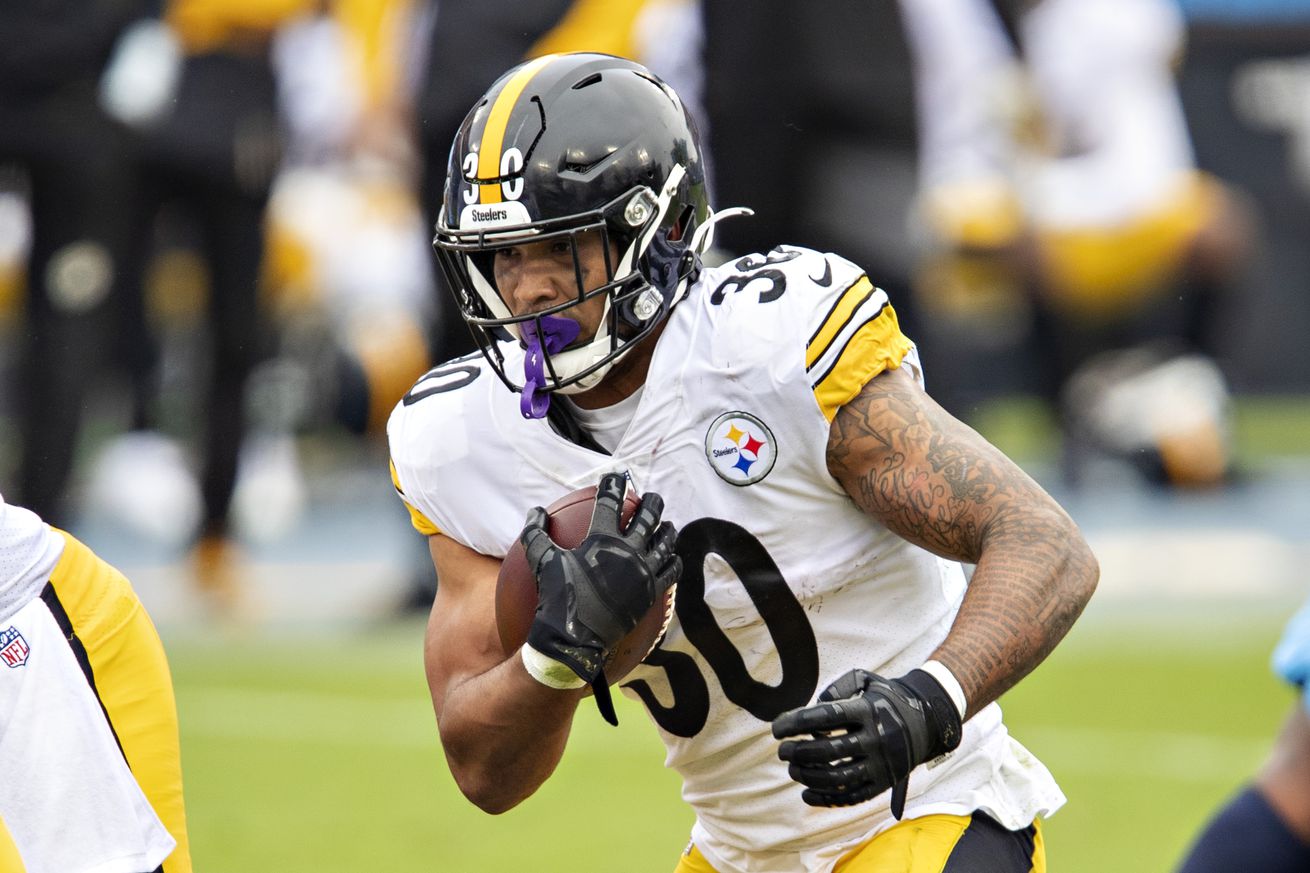 After having a 100 yard rusher in 4 of the first 5 games, the Steelers can no longer reach the half-century mark.

We’re back at it again this week, so let’s get a quick reminder of where this nerdiness is coming from.

Vertex– a single point where two or more lines cross.

Sometimes to make a great point, it takes two different systems of analysis to come together and build off each other in order to drawl a proper conclusion. In this case, the two methods are statistical analysis and film breakdown. Enter Dave Schofield (the stat geek) and Geoffrey Benedict (the film guru) to come together to prove a single point based on our two lines of thinking.

The topic at hand this week is the Steelers regressing running game. It’s not that the Steelers were dominating the NFL in rushing to start the season, but they were at least holding their own. But over the last several games, the running game has become almost nonexistent.

Here comes the breakdown from two different lines of analysis.

The most glaring statistic when it comes to the Steelers run game is the continual decrease in total rushing yards in each game since the Steelers Week 3 victory over the Houston Texans. Against Houston, the Steelers rushed for 169 yards as a team. After being forced into an impromptu bye week, the Steelers rushing totals over the next five games were 136 yards, 129 yards, 94 yards, 48 yards, and 46 yards.

The total yardage against the Philadelphia Eagles is a little bit skewed. Almost half the yards against the Eagles in the game came on a 58-yard run by wide receiver Ray-Ray McCloud. Otherwise, the Steelers did not have a very good running attack against Philadelphia. But Week 5 against the Eagles was not the only game in which the Steelers running stats were somewhat skewed based on one run. In Week 2 against the Broncos the Steelers appear to have a decent rushing total with 109 yards, but 59 of them came on one run in the final two minutes of the game. Granted, that run did make a huge difference in the outcome.

So what has been the biggest thing missing from the Steelers running game which is keeping their yards total down? As you may have guessed based on the other plays discussed, it’s explosive runs.

If looking at even quality gains in the running game, the Steelers have had a very large drop off the last two weeks. Running plays that have gone for 4 yards or more peaked for the Steelers in Week 6 against the Tennessee Titans where 50% of their rushes gained four or more yards. Since then, less than a third of the rushes were of the 4 yard or more variety.

While the numbers could explain these things, it’s probably time to check the tape…

Early in the Season the Steelers were breaking big runs, and those runs were fueling the offense.

Look at the second level blocks on this play. Zach Banner gets to a linebacker, Vance McDoanald gets to a defensive back, Matt Feiler pulls and takes the defensive end and Benny Snell is running free.

The Steelers have 2 tight ends in this play for 7 blockers, and the Texans have 7 in the box, you could count #33 as an eighth man, and he is treated as such, he’s unblocked, as is the free safety #20 coming from the bottom of the screen. Every other player in the box gets a blocker on them and James Conner is facing defensive backs.

Breaking one tackle on runs like these can lead to a huge gain, these runs were just for double digit gains.

The Steelers in Week 6 faced the Tennessee Titans and a great defensive mind in their head coach Mike Vrabel. The Titans came up with a great, and simple, strategy to defend the Steelers offense.

Count the players in the box. The Steelers have 7 blockers, and the Titans have 8. That leaves the linebacker #54 unblocked, and he forces James Conner to go outside Matt Feiler’s pulling block where he is dropped for a loss.

The smart part of this defense is the depth of the linebackers. They aren’t coming up close to the line to stuff the run, they stay back, read run first, and are still in position to defend the underneath routes the Steelers offense loves to throw. Mike Vrabel didn’t just make it hard on the run game with this strategy, he took away the majority of the Steelers 11-personnel playbook.

It’s a copycat league, and while each team does it a bit differently and has different caliber of players running their schemes, since Week 6 the Steelers have seen a steady diet of the same looks.

The Steelers are in 11 personnel and have 6 blockers, the Ravens have 7 in the box. The Steelers execute this run perfectly, win their blocks, and James Conner does a great job navigating the traffic. This play gains 9 yards.

Look at the first two runs above, it’s a much harder task getting a good run against a defense with +1 men in the box. And this is when things go perfect. When the line messes up a block, or Conner misses a read the play is not going to go well.

Conner sees the defense coming, and tries to cut to his left, but he just crashes into Maurkice Pouncey and fights to gain 1 yard. Conner should just put his head down, charge straight ahead, drive his legs and get what he can here. But he’s not perfect, he makes mistakes. Conner’s strengths are his vision after the first read and his ability to break tackles. When the first read is messy and complicated by lots of traffic, Conner isn’t as good.

This one isn’t Conner’s fault. The Cowboys did a great job of crashing their defensive ends inside to break up the Steelers jet motions and pull blocks. This play is designed to go to the right, but David DeCastro (who hasn’t been quite as good in run blocking since his injury in Week 5) loses his block, and #58 blows up Eric Ebron’s block, and Conner takes the right path, crashing into the back of Ebron and driving for 3 yards.

This defensive plan may look familiar to Steelers fans. We saw it a lot in 2019, teams putting an extra defender in the box all the time (although often bringing them right up to the line last season) as defenses didn’t respect the Steelers passing game.

In this variation the defense keeps the linebackers back and sits them in the slant/hook areas to take away the quick underneath passes. They also jam the Steelers outside receivers, or play off then come up and hit the receivers early in their routes to disrupt the timing of Ben Roethlisberger’s quick passes.

You can see this on his deep passes, Roethlisberger isn’t dropping for three seconds and rifling a ball deep, he’s dropping for 2 seconds and lobbing the ball, often having to predict how his receiver is going to run instead of seeing them break open before throwing the ball. The defense pushes the receivers inside toward those linebackers, disrupting deep routes and relying on the linebackers to defend the short stuff. So far it is working, and the Steelers offense is having success only when it puts out a bunch of wide receivers and spreads out the defense, taking those linebackers out of the hook/slant areas.

Well, we’ve been able identify the problem both statistically and on film. Coming up with a solution, that’s an entirely different monster. The Steelers could try different formations or personnel, including the use of a fullback. Exactly what they can do and what will work remains to be seen. But with the Steelers “win and correct” philosophy, this is definitely something that needs corrected. Simply abandoning the run like the Steelers have the last two games is not a long-term answer.