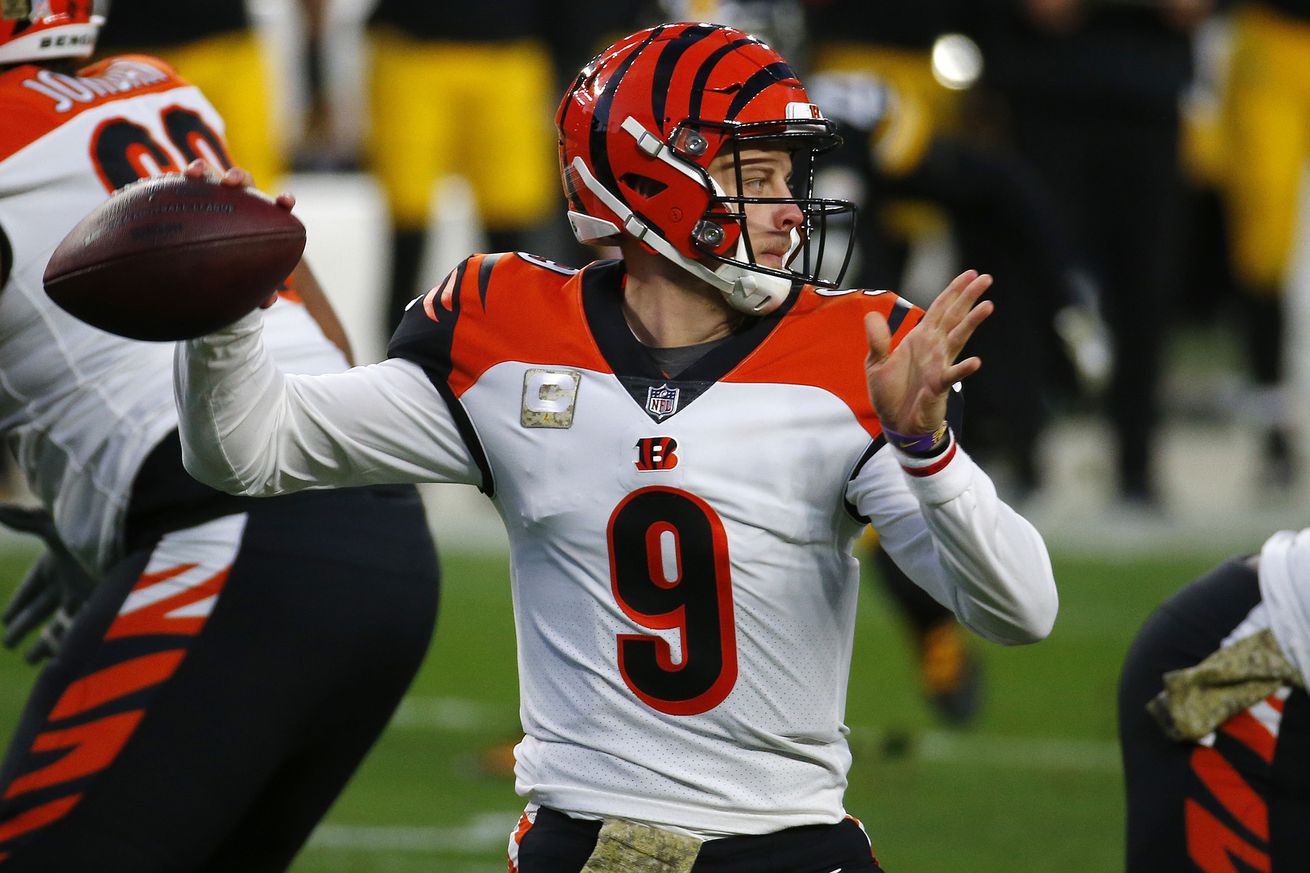 Coming off the Sutton forced fumble, the Steelers had the ball to start the second quarter; however, after a loss of five yards on first down, Pittsburgh wasn’t able to even turn the turnover into a first down before punting the ball away, again.

Cincinnati’s offense finally woke up with Burrow delivering a huge 54-yard strike to Tee Higgins to get the ball into the red-zone for the first time in the game. Just a few plays later it was Burrow who hit Higgins again on 4th and goal to cut into the Steelers’ lead, 12-7 with 10:37 left in the first half.

The first time the Bengals cracked the Steelers’ defensive code, it was the offense’s turn to answer. They did just that with Ben Roethlisberger orchestrating a drive which featured key third down receptions to Chase Claypool, and none larger than a touchdown pass to JuJu Smith-Schuster.

Chris Boswell’s point after was good, making the score 19-7 with 7:23 left in the first half.

Burrow and the Bengals’ offense went right back to their three-and-out ways on their next drive, giving the ball back to Roethlisberger and company with just over four minutes remaining in the first half. Completions to Dionate Johnson and Eric Ebron moved the offense into field goal range, and that is where they would stop. Chris Boswell made his third field goal of the half to make the score 22-7 with 1:48 left in the second quarter.

Cincinnati was unable to put up any points on the ensuing possession, and the score would hold heading into halftime.