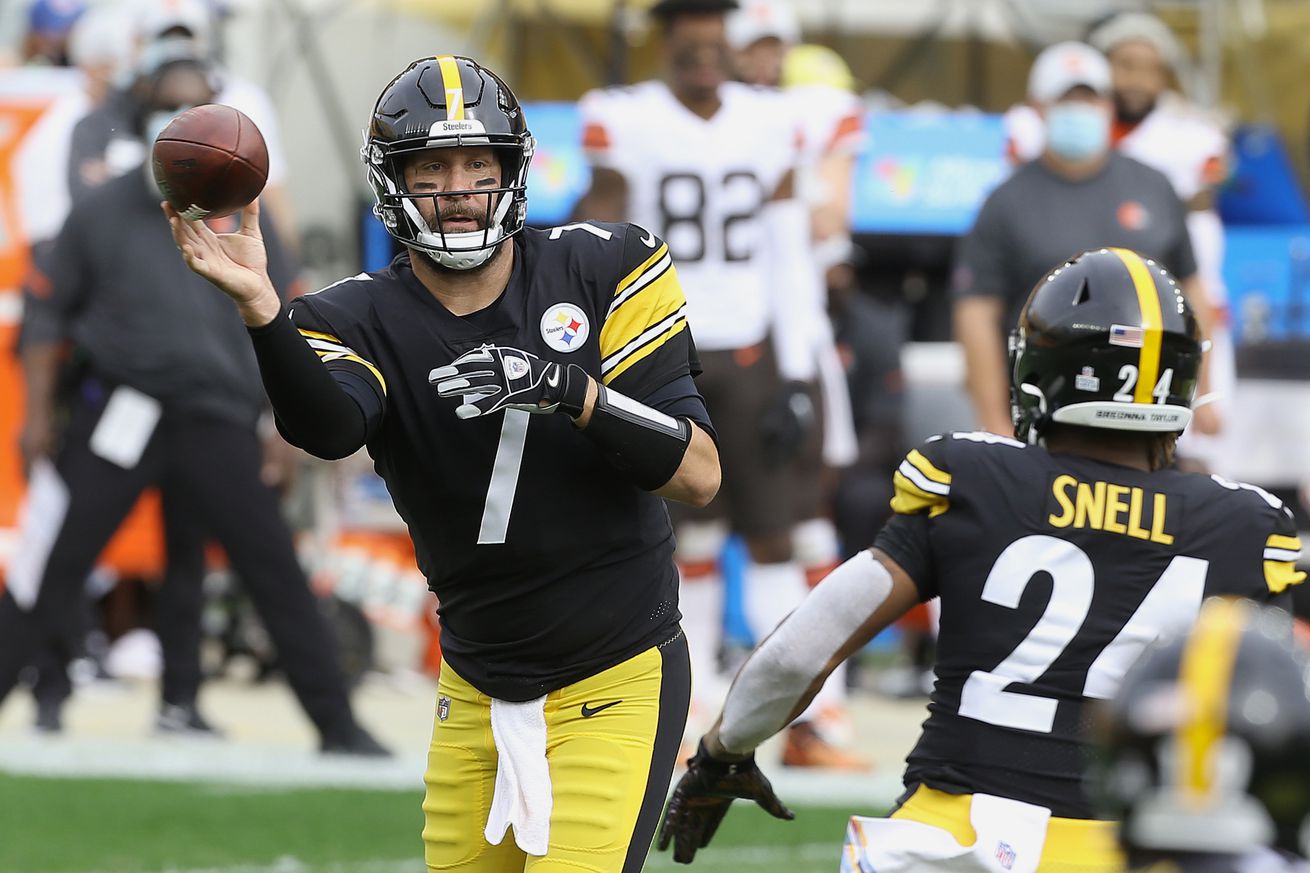 The Browns had the ball with great field position to start the second quarter, but another great defensive stop by the Steelers thwarted Cleveland putting up points and forced another punt.

Pittsburgh’s offense would break the stalemate as Ben Roethlisberger was able to step up in the pocket and deliver a strike down field to Chase Claypool. On the next play from scrimmage it was James Conner plunging into the end zone for the touchdown. Boswell’s point after made the score 17-0 with 10:28 left in the second quarter.

It might be hard to believe, but the Steelers’ defense had not drawn a holding call the entire season, but that ended when T.J. Watt was tackled and put the Browns’ offense behind the sticks. On third down Mayfield was under pressure and threw an errant pass which was intercepted by Cam Sutton, the Steelers’ second takeaway of the game.

The Steelers do what they have done all season off of turnovers, and that would be turn them into points. After a nice run by James Conner moved the offense into striking distance, it was a beautiful Roethlisberger pass to James Washington for the touchdown.

Desperately needing points before halftime, the Browns put together their best drive of the day and reached the red-zone at the two-minute warning. What resulted in the drive was a Baker Mayfield strike to Rashard Higgins to make the score 24-7 with 1:01 left in the first half.

The Steelers had 54 seconds left, and all three timeouts remaining, but were not able to gain a first down before punting the ball back to Cleveland. Despite running a few more plays, the score of 24-7 would hold heading into halftime.