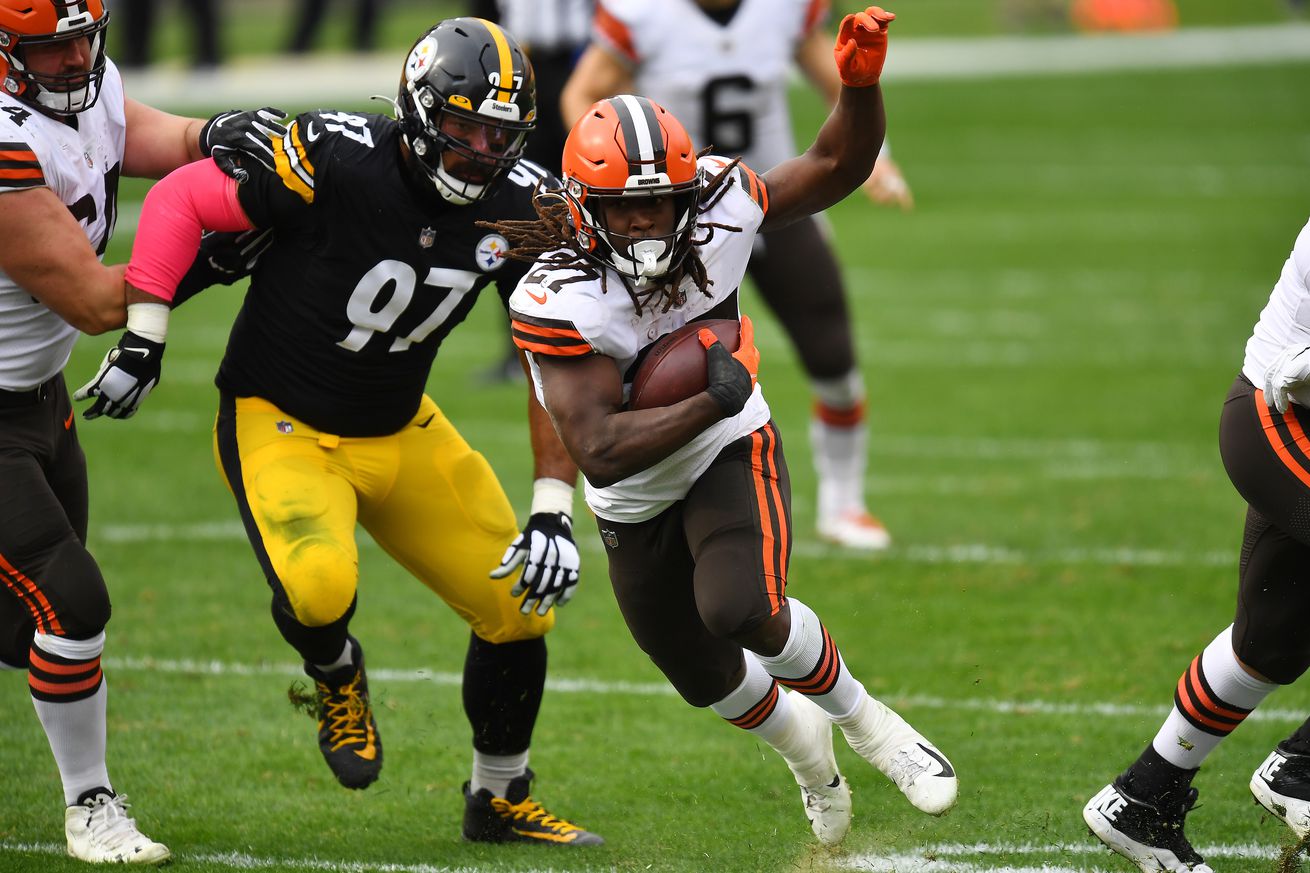 The Browns started the third quarter with the football, but their opening possession was extremely forgettable. Baker Mayfield was sacked and pressured en route to an opening three and out. Luckily for Cleveland, Pittsburgh was unable to do anything with tremendous field position and Dustin Colquitt was punting the ball back to the Browns with 7:40 left in the third quarter.

Cleveland’s next series set up a 4th and short in their own end, and Kevin Stefanski elected to go for it. Kareem Hunt was given the football and didn’t even have a chance to breathe and loss two yards on the play. The turnover on downs set up Steelers deep in Cleveland territory, and they wasted little moving into the red-zone. James Conner and the offensive line moved the ball into the red-zone, and it was Chase Claypool who capped off the drive with a rushing touchdown.

The Chris Boswell point after made the score 31-7 with 52 seconds left in the third quarter.

The score would hold heading into the fourth quarter.