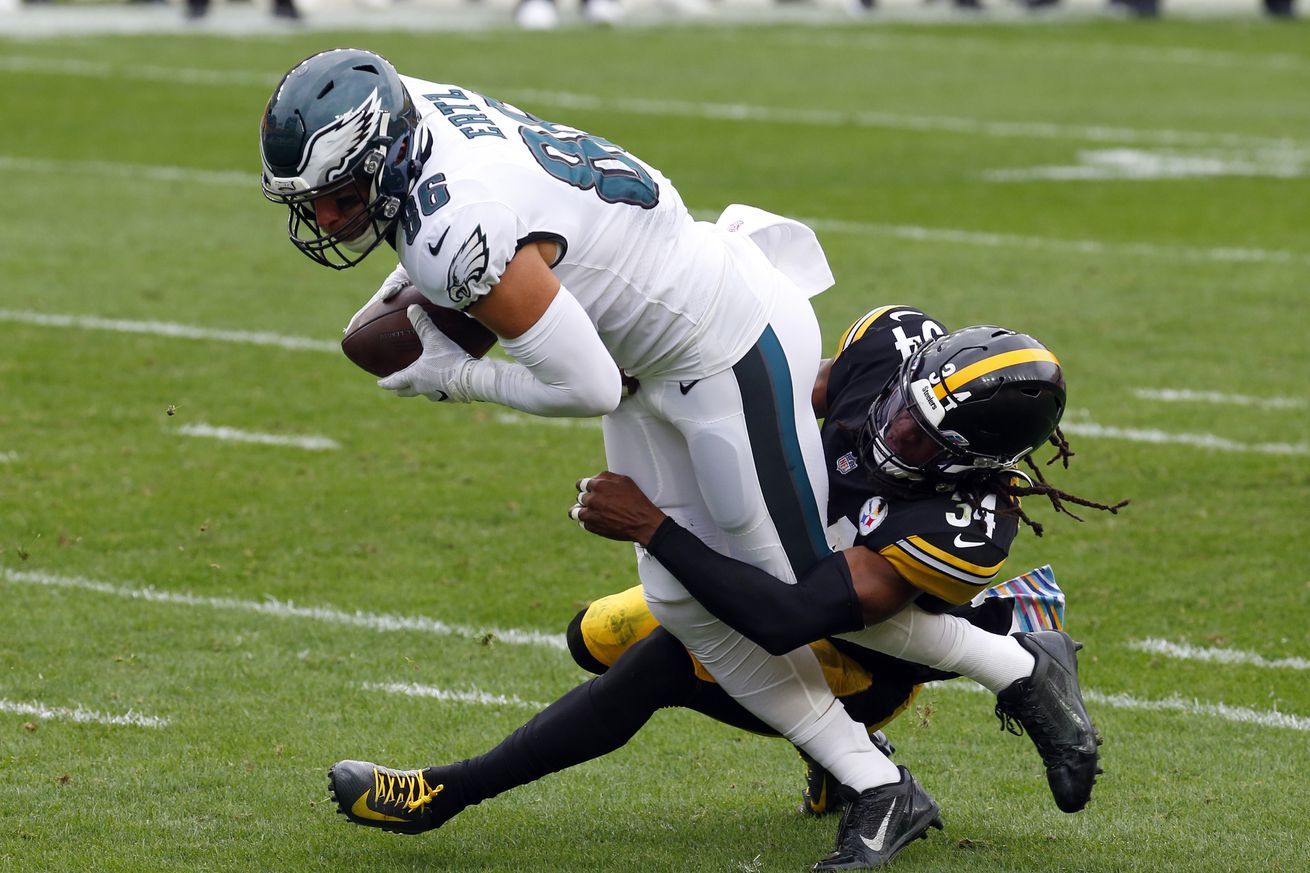 The Steelers got the football to start the second half, and Ray-Ray McCloud took little time making the next big play for the home team. On a reverse McCloud scampered 58 yards to put the offense in a first and goal situation. Two plays later and it was a hat trick for Chase Claypool. The rookie caught a quick hitting pass and rumbled into the end zone.

With Philadelphia facing their first two score deficit of the game, Wentz made an ill-advised pass on their first series which was intercepted by Steven Nelson.

They started this play wit.
Now they are witout.

Pittsburgh wasted little time adding to their point total. After a defensive pass interference call put the ball on the one yard line, James Conner took care of the rest and punched the ball in for the Steelers’ fourth touchdown of the game. Boswell’s extra point was good, and made the score 31-14 with 10:32 left in the third quarter.

Down 17, Wentz and company took to the air, and saw immediate success. A defensive pass interference call against Joe Haden set up Philadelphia in the red-zone, and Wentz hit Greg Ward for the touchdown. The Eagles elected to go for a two-point conversion, and it was successful making the score 31-22 with 5:58 left in the third quarter.

For just the second time in the game, the Steelers were unable to add points to their total, and Dustin Colquitt had to punt the ball back to the Eagles. The Eagles had the ball near midfield to end the third quarter.