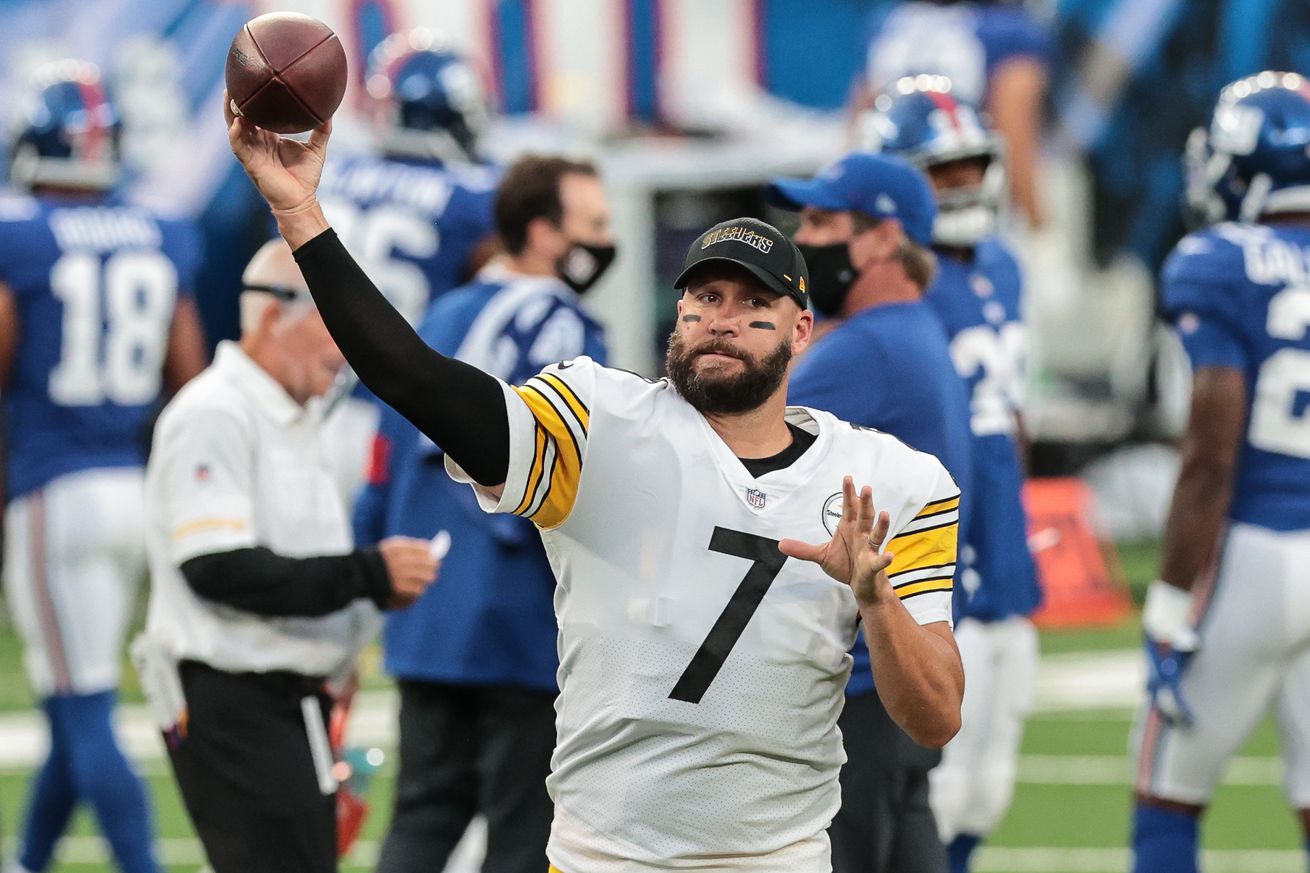 It felt like years since the last time the Pittsburgh Steelers were on the field for a regular season contest, but the time had come when the 2020 regular season began. A lot of uncertainty swirled around the NFL, and the Steelers, heading into this season, but it has started without delay.

Ben Roethlisberger and the Steelers offense was determined to put the 2019 year behind them, and prove they are equal to the dominant defense the team puts out on the field every week. The first team standing in their way of reaching their goal of a seventh Lombardi trophy? The New York Giants.

The Steelers won the coin toss, and chose to put their defense on the field and deferred to the second half. Daniel Jones and company took the field and ran the no-huddle offense to keep the defense on its heals. After the Steelers’ defense forced a New York punt Diontae Johnson botched the punt and gave the Giants the ball on the four yard line. The defense stood their ground and only allowed a Graham Gano field goal, which made the score 3-0 with 10:34 left in the first quarter.

After a predictable, and uninspiring, three-and-out, the Steelers defense found themselves right back on the field.

Pittsburgh’s defense settled in on the Giants’ next drive, and they forced a three-and-out of their own, giving Ben Roethlisberger a fresh set of downs. What followed was a 59-yard drive featured by a big pass play to Chase Claypool down the right sideline which put the offense in field goal range.

Chris Boswell was eventually called on to hit a 41-yard field goal, and he did just that to make the score 3-3 at the end of the first quarter.

Be sure to stay tuned to BTSC for the latest news and notes surrounding the Steelers during this Monday Night Football game.