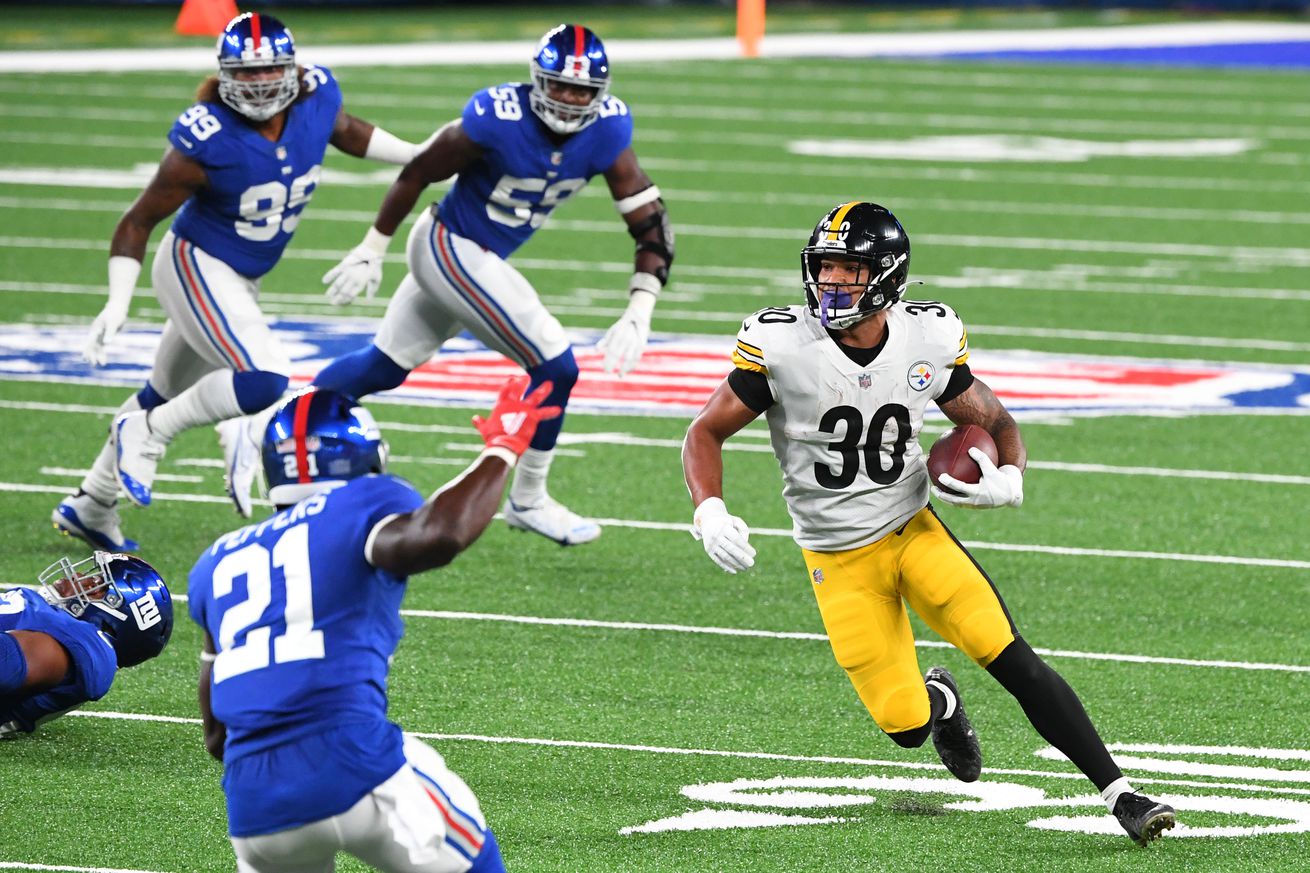 The second quarter started with the Giants’ offense taking the ball and getting two quick first downs to start their third drive of the game. After a questionable pass interference call on Joe Haden, Daniel Jones hit Darrius Slayton down the seam for the first touchdown of the game. Gano’s extra point made it 10-3 with 13:45 left in the second quarter.

Pittsburgh’s offense continued to struggle, and were unable to even gain a first down with their first possession of the second quarter.

On the Giants’ next play from scrimmage Daniel Jones was intercepted by T.J. Watt, putting the Pittsburgh offense in prime real estate to cut into the New York lead. Roethlisberger settled in and had big completions to Eric Ebron, and a touchdown pass to JuJu Smith-Schuster. However, Chris Boswell’s point-after hit off the right upright and made the score 10-9 with 9:01 left in the half.

After the Giants failed to add to their slim lead, the Steelers offense moved the wrong way before sending the ball back to Jones and company prior to the two-minute warning. Getting the ball back with 1:32 left in the half, the Steelers drove down the field and faced a 1st and 10 on the 13 yard line with 14 seconds left in the half. With one timeout remaining, Roethlisberger hit James Washington over the middle and the third year receiver fought his way over the goal line for the score.

Boswell nailed the point-after to make the score 16-10 heading into halftime.