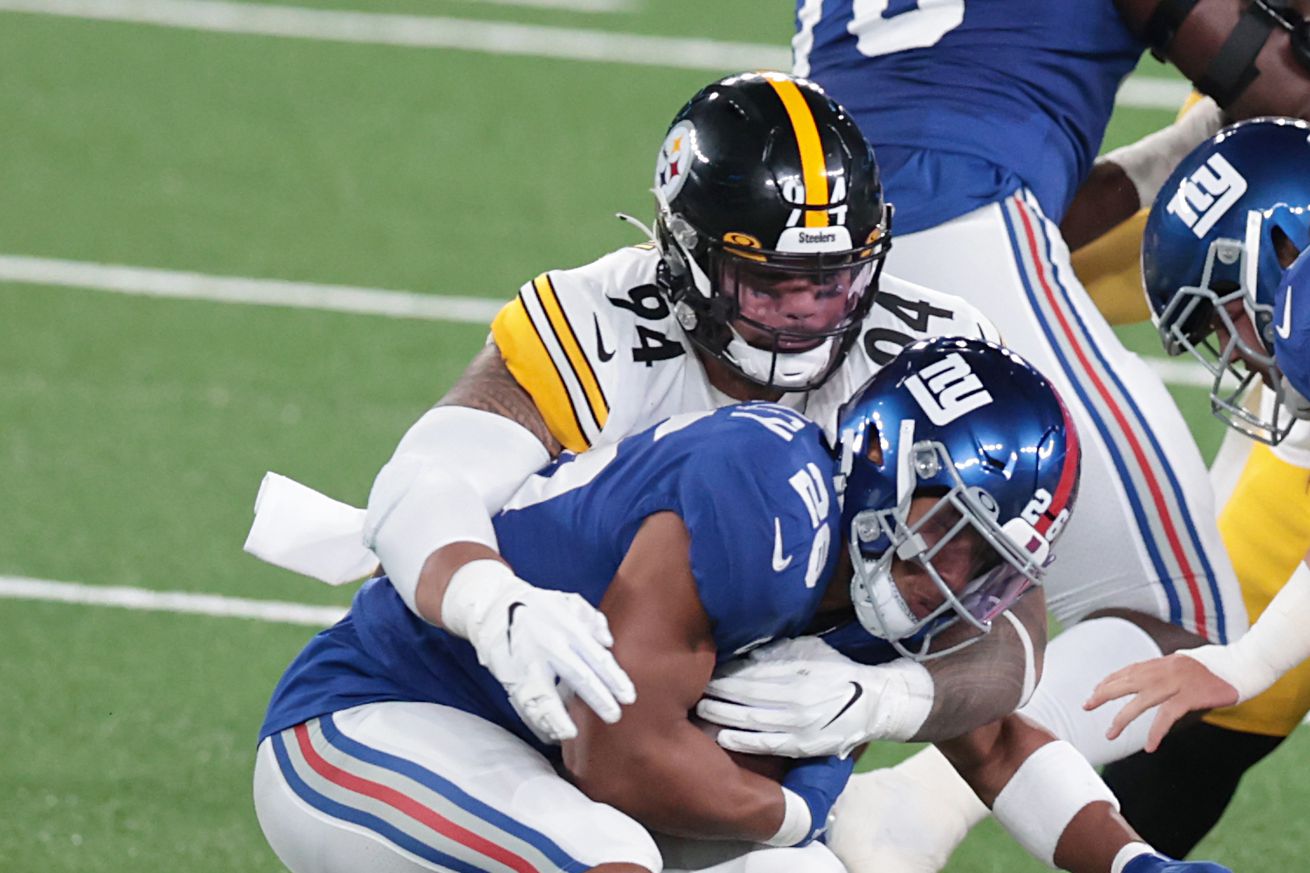 The Steelers received the football to start the second half, and after a nice kickoff return by Ray-Ray McCloud set up the offense with great field position, a field-flipping drive was all Roethlisberger and company could muster before Dustin Colquitt was called on once again to punt.

What Jones and the Giants’ offense did next was nothing short of amazing. Converting every third down they saw on a 19-play drive and getting set up nicely in the red-zone. However, the third down magic didn’t last when Jones was flushed out of the pocket on third down and Bud Dupree hit his arm while trying to throw. The wounded duck ended up in the hands of Cam Heyward and resulted in a touchback.

The Steelers had the ball, and are driving, to end the third quarter. Stay tuned to BTSC for the latest news and notes on the Steelers as they continue in this Week 1 prime time game.