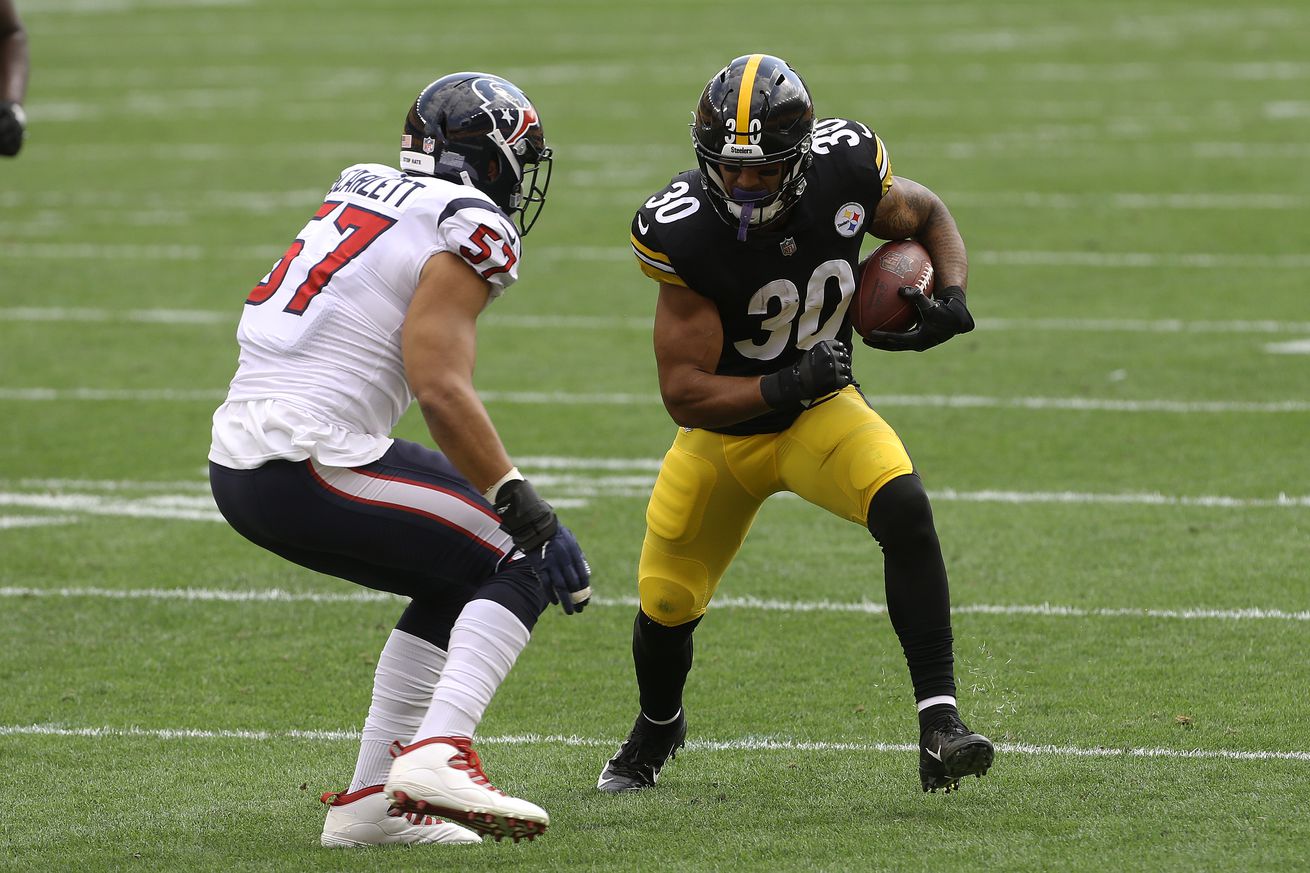 Both teams exchanged three and outs to end the first quarter, but with great field position the Texans’ offense was the next to draw blood. After several big plays through the air it was a David Johnson one yard run which made the score 14-3 with 11:32 left in the first half.

In desperate need of a drive, Ben Roethlisberger and company delivered with a 75-yard drive that was capped off by a beautiful back shoulder throw from Roethlisberger to Eric Ebron.

The Boswell point-after made the score 14-10 with 5:05 remaining in the first half.

Pittsburgh’s defense responded with a three and out on the Texan’s next possession, and it didn’t take Roethlisberger and company long to strike again. After nice receptions to James Conner, James Washington and Ebron for first down, the Steelers caught the Texans in a blitz and it was an easy pass and catch to JuJu Smith-Schuster for the touchdown.

Right when you think the first half would end with the Steelers heading into the locker room with a lead, Deshaun Watson had different plans. Every play the Texans ran was able to garner 10 or more yards. The drive was capped off by a pass from Watson to Will Fuller to give Houston a 21-17 lead with just 24 seconds left in the half.

The score would hold heading into halftime.