Diontae Johnson’s rookie season is now a thing of the past.

Those days are behind him now, but with that comes game tape that upcoming opponents have and will scrutinize. An issue that will immediately jump out when watching Johnson is his inconsistency with ball security.

Where the quarterback places his throws is vital for receivers, especially new guys, so Diontae’s drops could’ve quickly been passed off as a by-product of subpar quarterback play.

Unfortunately, though, ball instability was an issue that went unaddressed at Toledo. In three seasons with the Rockets, Johnson’s erratic ball skills led to 17 drops and four fumbles (two lost), and it followed him from NCAA to the pros. 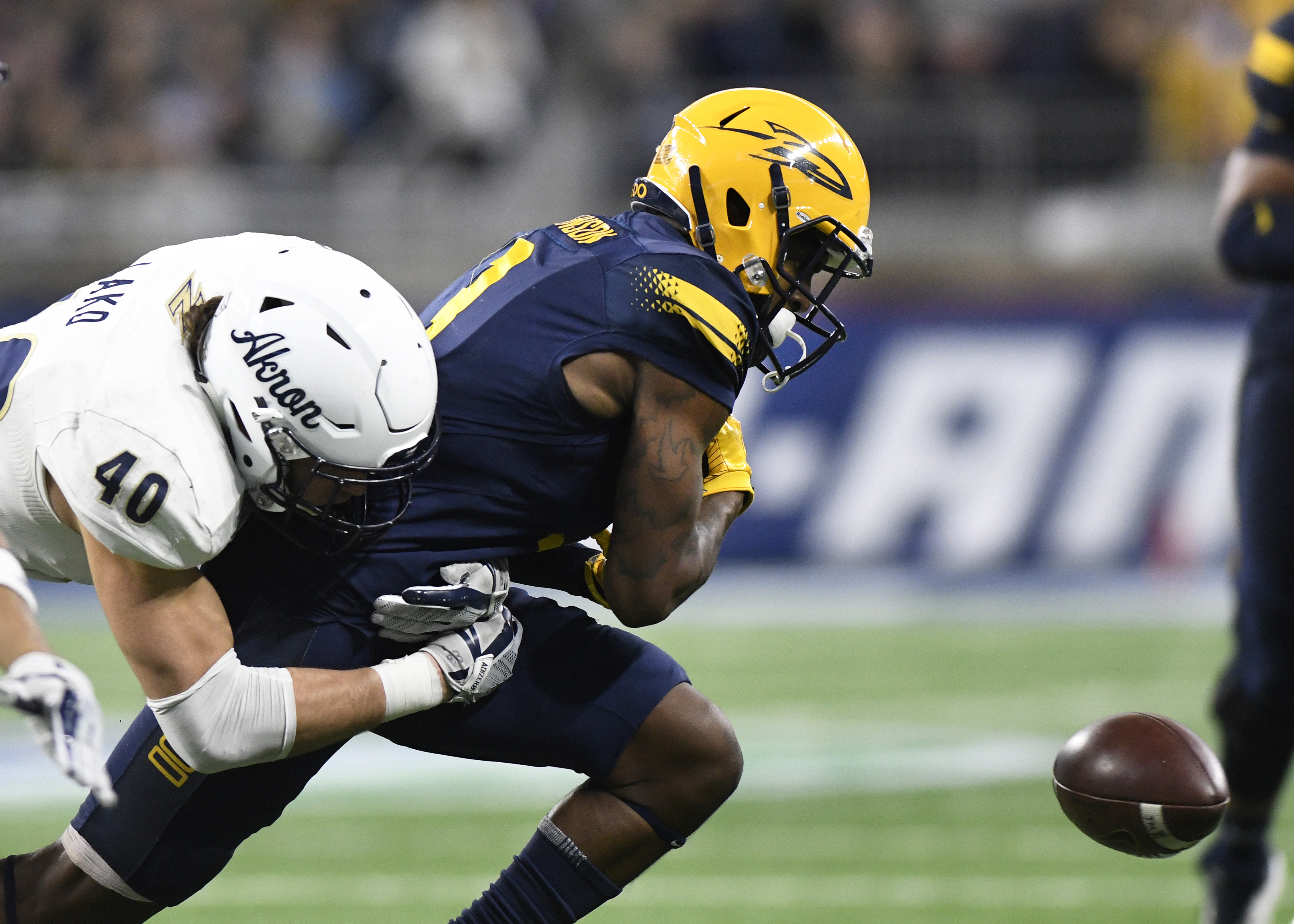 Consistency with his catching skills were a glaring weakness noted in analysts’ draft profiles on Johnson across the board.

Drops and fumbles reared their ugly heads in Pittsburgh, no thanks, in part, to the speed and strength of pro defenders. The velocity of the ball is also significantly different from college to the NFL.

Excluding quarterbacks, Diontae led the Steelers in fumbles (two lost) last year with five, which tied for fifth in the league. He added to that six disappointing drops. Johnson’s five fumbles were four more than JuJu Smith-Schuster, and James Washington has in their careers combined.

Johnson had instances last season where poor technique with ball security cost him. Diontae had a nasty habit of cradling the football in a haphazard, unnatural looking way (versus tucking it), which exposes the ball, and allows defenders to conveniently strip it. It’s especially concerning in cases where a defender sneaks up on him. Johnson must correct his ball-handling technique, especially while navigating traffic.

Defenders have tunnel-vision on the ball carrier and sniff out signs of a bobble. One indication the ball is slipping, and it’s the defenders’ job to punch it out. They have, and they will.

Johnson needs to get his hands properly aligned to catch the football consistently. And once he does, adhere to the five points of pressure for a ball carrier (fingertips, palms, forearms, biceps, chest). Focusing on the five points will help ensure the ball is protected from defenders. When the ball is secured through these points of contact, it is nearly impossible for the defender to get the ball out. Fumbles occur when one of the points of pressure is typically lacking, which can result in a turnover. 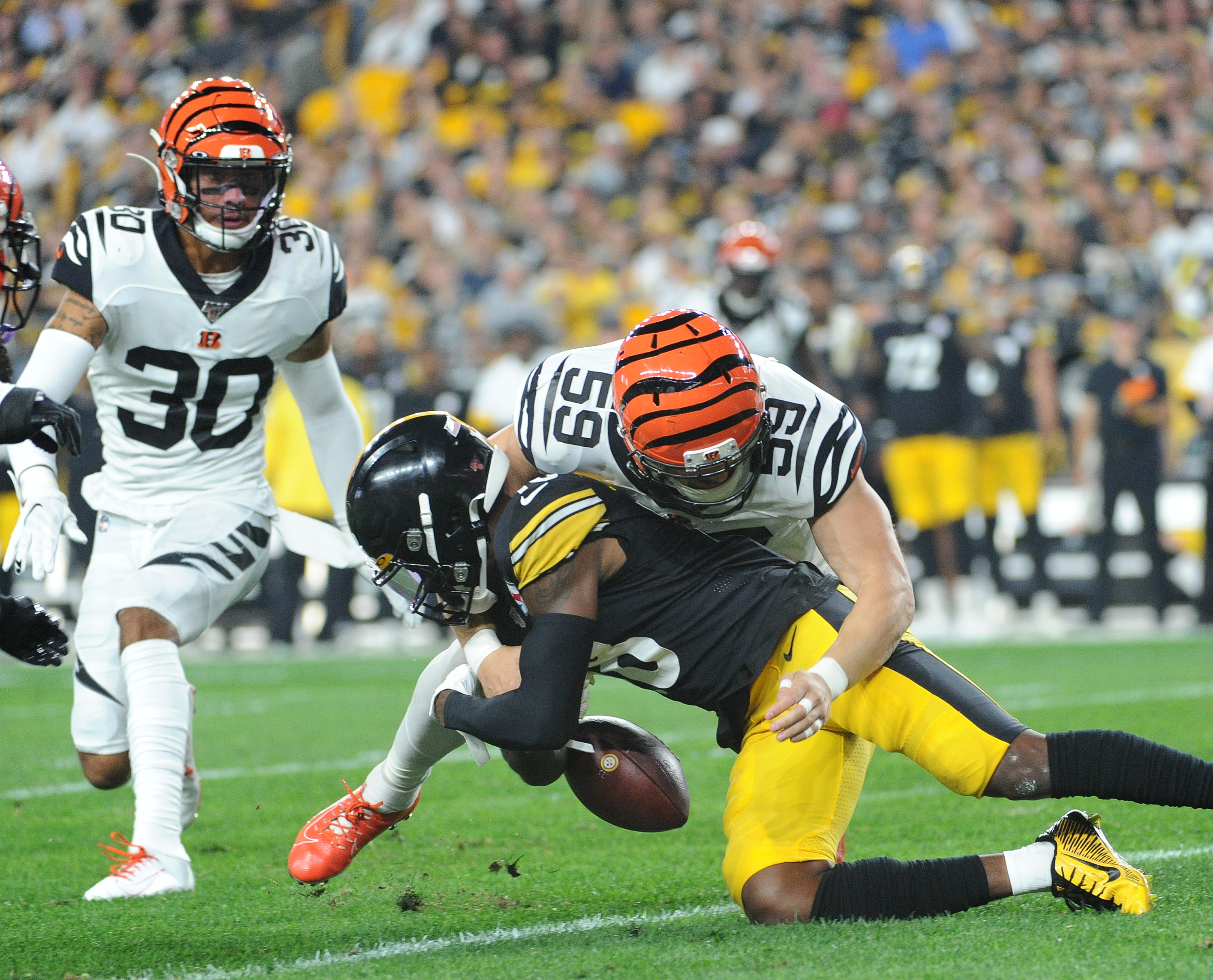 The good news for Johnson and the Steelers is that skillfulness and technique with ball security are coachable and learnable. Catch-to-tuck, five points of pressure, the technical skill at the point of the catch are all things that are drilled into receivers’ heads in daily ball security meetings. It was, without question, a focal point of Johnson’s offseason training and will continue to be worked on in practices.

The JUGS machine is a receiver’s best friend — drill regularity should help strengthen and improve his hands and catching consistency. Johnson’s noted body transformation should also help boost his ability to hang onto the ball when he endures tough hits.

As we were witness to, Diontae has terrific upside. He had an impressive rookie season and far outplayed his draft prospectus with the Steelers in year one. Johnson showed the ability to adjust to poor throws and track the ball vertically, leading not only the Steelers but the 2019 rookie class in receptions with 59.

If Johnson can refine his ball security technique, it could catapult him from good to great in 2020.

Special Week 1 Promotion! Bet $1, WIN $100 (in free bets) if either the New York Giants or Pittsburgh Steelers score a touchdown in their Week 1 game. Place your legal, online sports bets in IN, NJ and WV at BetMGM. Terms and conditions apply. Bet now!