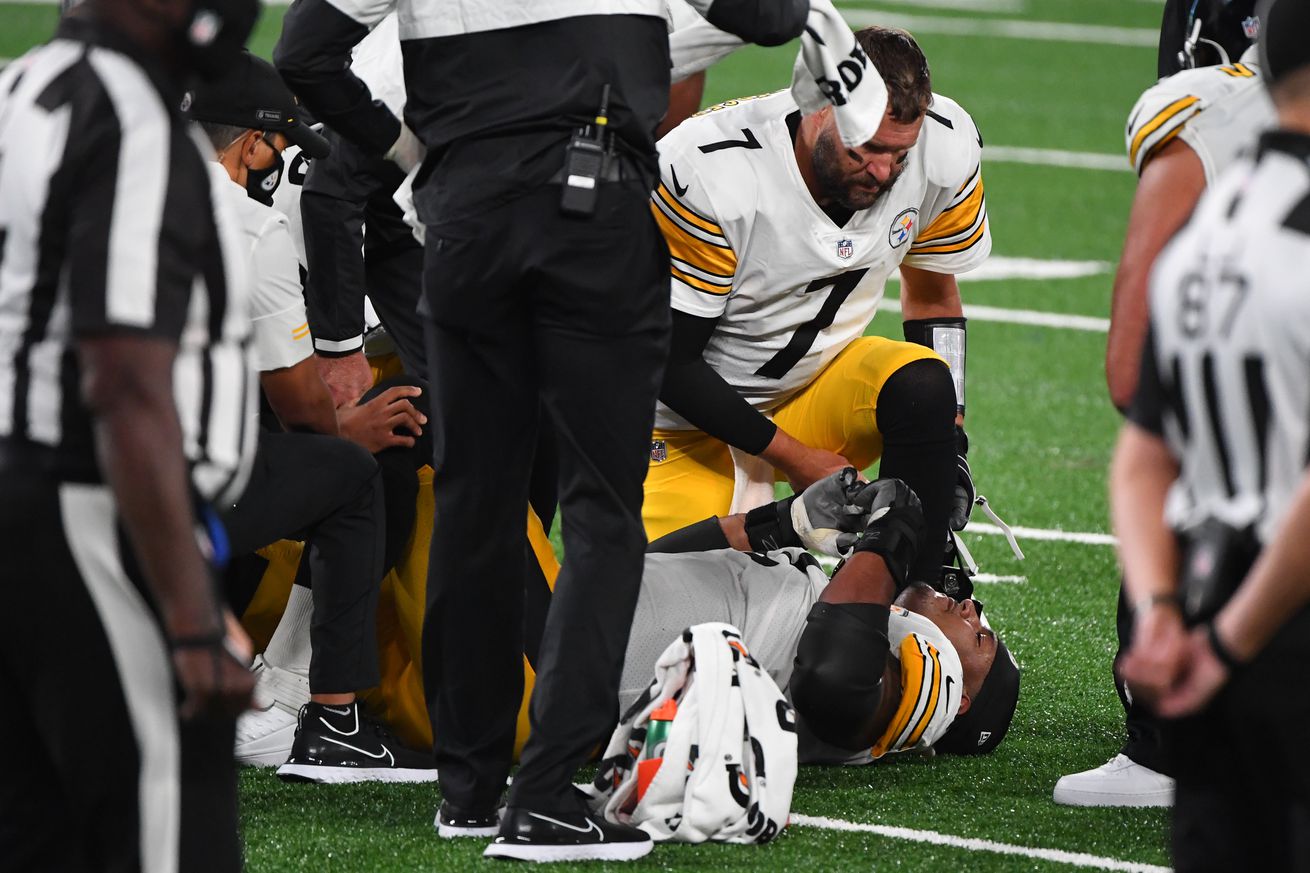 One play after Wisniewski leaves the field, Zach Banner gets carted off following a Steelers touchdown.

On a drive which extended the lead to 16 points, The Pittsburgh Steelers lost the entire right side of their offensive line on back-to-back plays. In his post-game interview, head coach Mike Tomlin confirmed both injuries.

Wisniewski left the game with a pectoral injury with just over six minutes remaining in the fourth quarter after a 4 yard run by Benny Snell Jr.. After being replaced by Kevin Dotson in his first NFL game, Banner injured his knee on the following play which was an 8 yard touchdown pass to JuJu Smith-Schuster. Unfortunately, Banner was taken by cart to the locker room.

Both players were ruled out before the Steelers next drive.

The two players started their first game on the offensive line for the Steelers playing side-by-side. Wisniewski came to the Steelers this offseason as a free agent after nine years in the NFL playing for the Oakland Raiders, Jacksonville Jaguars, Philadelphia Eagles, and Kansas City Chiefs. Zack Banner was entering his fourth NFL season and his third with the Steelers where he earned the starting right tackle job over Chukwuma Okorafor during training camp.

The injury concerns along the Steelers offensive line continue to pile up as All-Pro guard David DeCastro was inactive for the game because of a knee injury.

Stay tuned to Behind The Steel Curtain for all Steelers updates following their Monday night game and as they prepare for Week 2.

For an audio recap of Coach Tomlin’s press conference, and an update on the injuries, check the audio below: