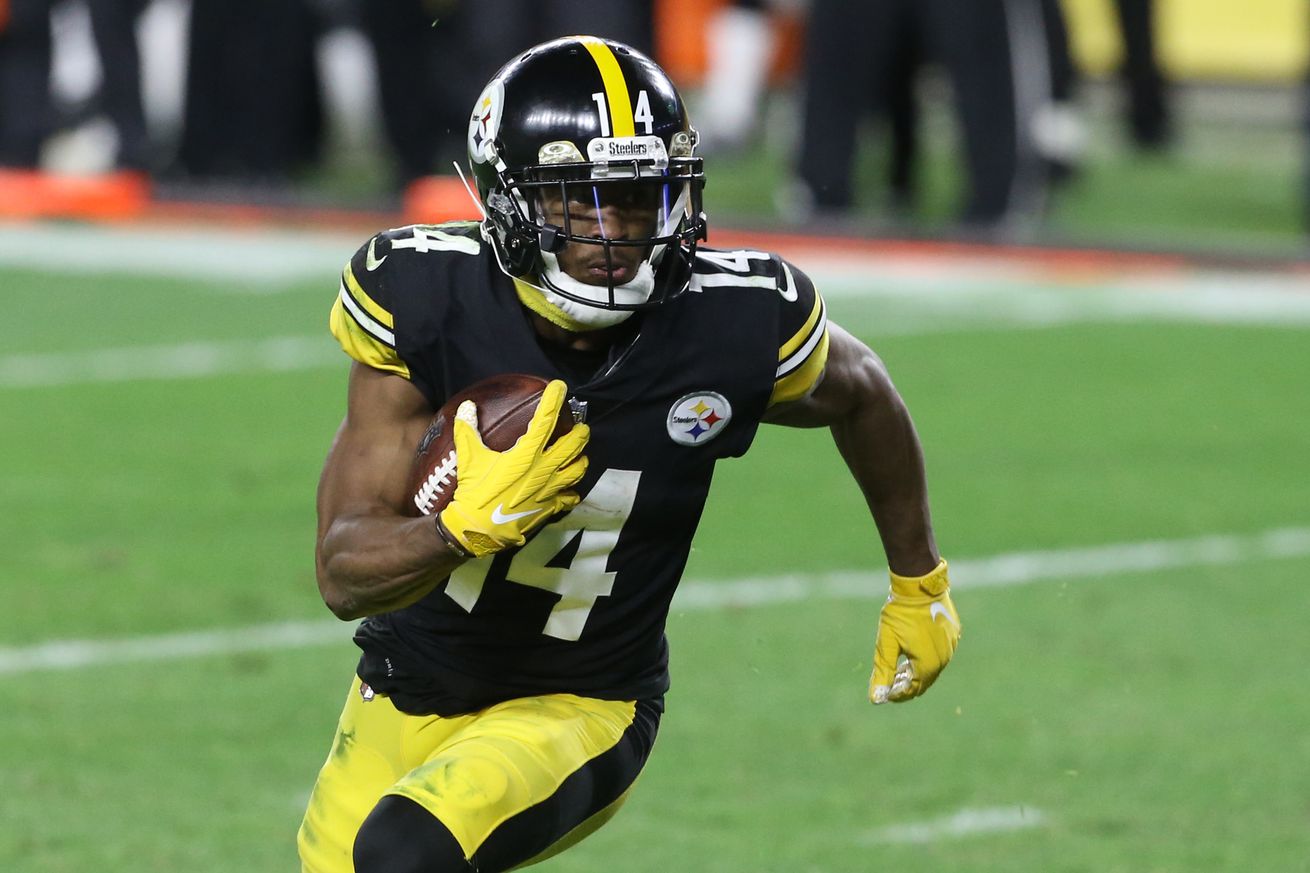 Welcome to the latest edition of the Steelers Stock Report of the 2020 NFL season: Cincinnati Bengals edition. I have been granted the distinguished opportunity to attempt to determine which direction individual players, or units, are trending after each weekly matchup, to the best of my ability.

Last week Ben Roethlisberger was the recipient of this distinction for his heroic performance in leading the Steelers to a comeback victory over the upset minded Dallas Cowboys in Lone Star state, and he was even better this week against the Cincinnati Bengals.

After being unable to practice all week due to COVID protocol and being quarantined due to contact tracing; he was able to participate in a more intensive walk through on Saturday, Ben returned to Heinz Field in less than ideal conditions on Sunday against the Bengals.

There were sustained winds of over 20 mph blowing sideline to sideline across the field throughout the game, which would inevitably affect the passing games for both teams. Thankfully for the Steelers, Roethlisberger is well versed in knowing how to throw the ball in adverse weather conditions. Apparently, his young receivers needed a little time to adjust.

It takes superior velocity and a tight spiral to drive the football accurately through a strong cross wind, and Ben Roethlisberger has a cannon. Early in the game, the receivers seemed to struggle with the increased rpms of Ben’s passes, letting multiple throws pass right through their mitts. After a series or two were in the books, they made the necessary adjustments.

JuJu Smith Schuster had his first drop of the season on a perfect pass on a quick slant route that could have went for one of those epic long catch and run touchdowns that he is famous for. He made up for that miscue with a touchdown reception in the back of the end zone after yet another Houdini disappearing act in the pocket by Big Ben. Juju’s leadership and toughness have been on full display this season.

Chase Claypool continues his efforts to develop chemistry with Roethlisberger, with the results ranging from spectacular to near misses. The duo hooked up for a couple of touchdowns on the day, but they still aren’t firing on all cylinders just yet. That should be a scary proposition for future Steelers opponents.

Diontae Johnson had maybe his best game as a professional, after his seemingly mandatory slow start to every game. He was finally able to hook up with Ben on a deep ball, and he did a great job working open throughout the game. The Big Ben to DJ connection is starting to gain steam, which bodes well moving forward.

Roethlisberger was even able to press the Bengals down the seam to TE Eric Ebron, something that should be available as the season progresses. The Steelers offense played another clean game without committing a turnover, and the Steelers offensive line did a excellent job protecting Ben Roethlisberger, not giving up a single sack. That’s the good news….

Now for the not so good news. Normally it’s kind of difficult to find an area of concern for a team that just defeated a division rival in dominating fashion on all three aspects of the game to remain undefeated on the season, but this Steelers team still has one glaring weakness. The Steelers offensive line, while being one of the best pass blocking units in the league, is absolutely atrocious when it comes to getting any push and opening lanes for the running game. Hopefully that wasn’t too harsh, but nonetheless it is entirely accurate.

There is no point in beating a dead horse, or to point out that the Steelers don’t have a single road grader along the line. That would be a blocker capable of winning one on one encounters with a defender by moving him against his will in a direction he doesn’t want to go via shear force. Rookie RG Kevin Dotson has an abundance of this desperately needed ability, but he is stuck on the bench behind perennial Pro Bowl player David DeCastro. I have my suspicions that DeCastro would be none too happy with some sort of rotation based on down and distance, or based on need versus the weekly matchup. Desperate times call for extreme measures, and may have to be considered down the line.

The Steelers are not at that point just yet however. Part of the problem at the moment is easily diagnosed. The Steelers running formations are recognizable and predictable. Their heavy packages are ineffective to say the least, and Jerald Hawkins brings next to nothing to the equation. If the Steelers are going to bring FB Derek Watt on the field only when they are planning to run the ball, the predictability dampens his ability to make an impact.

To put it bluntly, James Conner doesn’t have the foot speed to run outside the tackles, and must make a living between the tackle boxes. Please don’t misunderstand me, Conner is in no way the main issue with the Steelers inability to successfully run the football consistently; but it is imperative that he doesn’t try to bounce runs outside, where he routinely loses two or three yards, rather than power forward for the two or three yards available. Focus on keeping the offense in favorable down and distances. With Ben Roethlisberger playing some of the best football of his career; with improved ball security and the best Steelers defense in recent memory supporting him, the Steelers should be focused on avoiding negative yardage plays.

Finally, I would like to see Ben take snaps behind center more often moving forward, and be far less predictable in those situations. The Steelers have to display a renewed focus on the running game to reach their desired destination. Not necessary run the ball more frequently, but definitely more effectively when they do.

Ray Ray McCloud has been a breath of fresh air for the Steelers return game. He is quick, elusive, and has an impressive ability to forcibly squeeze himself through tight spaces. He is also decisive in his decisions, and combines excellent ball security with his aggressiveness.

Finally, I feel it necessary to acknowledge the above the line performance of Jordan Berry since his unfathomable return from the NFL’s unemployment list. Admittedly I wasn’t surprised when his services where still available when the Steelers came calling. That says a lot about how he is viewed around the league, especially for a veteran known to be a solid teammate of good character.

It appears the time away from the game has done the young man some good. Berry has always had a booming leg, hopefully now he has the consistency and focus to go with it. So far so good.