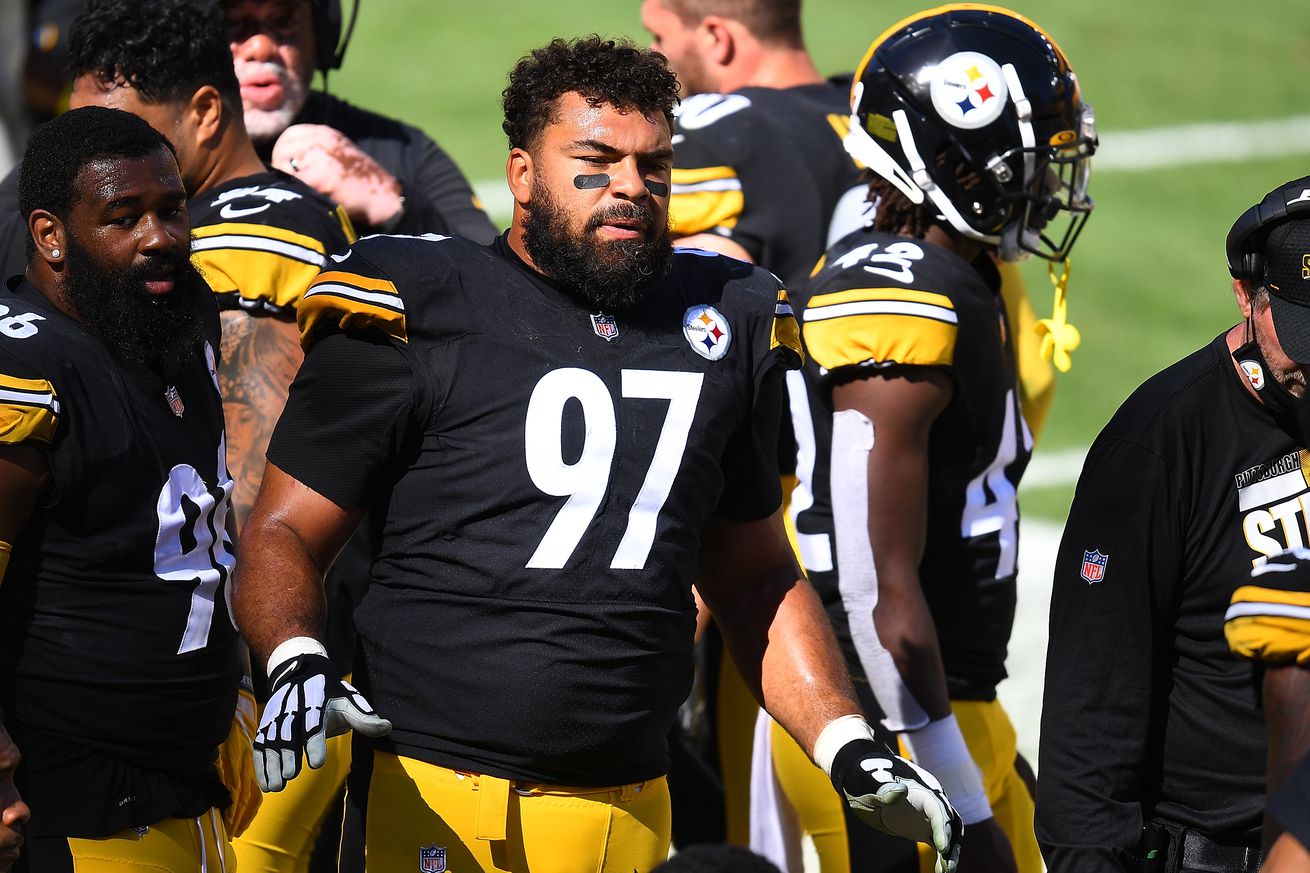 Welcome to the latest edition of the Steelers Stock Report of the 2020 NFL season: Bye Week edition. I have been granted the distinguished opportunity to attempt to determine which direction individual players, or units, are trending after each weekly matchup, to the best of my ability.

Week 4 of the NFL season was a real letdown for we members of Steelers Nation. Instead of getting to witness the highly anticipated showdown between the undefeated Tennessee Titans and the undefeated Pittsburgh Steelers, we were left all dressed up but no where to go.

With the game having to be moved to a later date due to a COVID flareup involving the Titans players and staff members, the Steelers seasonal bye week came sooner than expected. Steelers fans like myself, who plan family outings and gatherings around the Steelers schedule, were left scrambling.

I was already planning on writing a bye week article, but obviously not so soon. At first I was concerned about finding subject matter, but Sunday’s slate of games gave me all the inspiration one could ask for. Based on what I witnessed taking in as many contests as possible, this year’s Steelers team has to be considered a favorite to take home the Lombardi Trophy at seasons end.

Trust me, this isn’t my Black and Gold glasses talking here. The Steelers are one of the best, and only, well rounded teams in the NFL at this juncture, and they still have plenty of room for improvement. The Steelers offense, thanks mainly to the healthy return of Ben Roethlisberger, has looked impressive at times, but they are far from a finished product. They haven’t as of yet came remotely close to hitting on all cylinders at any point this season, but the talent is undoubtedly there.

The Steelers defense is a top three unit in the league presently, with the talent necessary to be the most dominant defense in the NFL by seasons end. They have superstar performers on all three levels of the defense, with a envious assortment of proven veterans and talented youth filling out the starting lineup and depth chart. This embarrassment of riches is extremely rare across the NFL. More on that to come.

Throw in a reliable veteran kicker and punter, solid kick coverage units, and finally some explosive kick returners; and you start to have the makings of a championship caliber team.

As always, the great unknowns that can quickly derail any runaway train are injuries and good fortune. If the Steelers can somehow avoid the devastating injuries that have already impacted other contenders this season, and get a fortuitous bounce here and there; maybe even an accurate instant replay at some point, this Steelers team has the look of a NFL champion to me.

Stock trending way down: NFL defenses across the board.

If the first quarter of the 2020 NFL season is an accurate indicator, then many NFL defensive players and defensive coordinators have simply thrown in the proverbial towel. The level of defense being played around the league thus far this season has been nothing short of embarrassing, borderline nonexistent.

The excuses and reasoning for the incredible decline in NFL caliber defensive play around the league are too numerous to mention.

The impact of COVID is undeniable and impossible to ignore. The lack of team building off season workouts and no preseason games has been devastating for many teams overall chemistry and has affected communication around the league. The absence of fans in the stands, again due to pandemic protocol, has eliminated the home field advantage that many teams have come to depend on, particularly the defenses. Without the deafening crowd noise as a hindrance, NFL QBs can easily auditable to a preferred play against a diagnosed defense. This has been especially detrimental for many defensive units. The Seahawks and Saints immediately come to mind.

Opt outs by established defenders, due to COVID concerns, and numerous season ending injuries to star defenders has also shaped the defensive landscape around the NFL. However, I believe there is an even greater culprit after watching Sunday’s slate of defensive ineptitude.

There’s a glaring lack of intestinal fortitude, “want to” if you will, being shown by many defenders around the league. The missed tackles and lack of fundamentals shown on Sunday were astonishing, and I am not only referring to the Dallas Cowboys, because calling that lack of effort defensive is actually offensive to any individual who ever played defense at any level of football. I have seen better efforts during the NFL Pro Bowl games.

Where is the intensity that all of us defensive purists have come to know and love? It has been nonexistent far too often this season. That is unacceptable and NFL fans expect and deserve far better. Defense is a mindset, a personal commitment from every defender. Anybody who ever had the pleasure knows exactly what I am talking about.

The lack of NFL caliber defenses across the league is actually great news for the Pittsburgh Steelers and their Super Bowl aspirations. The Steelers defense is filled with fully committed superstars, surrounded by proven performers with a team first mindsets.

This past weekend the Steelers franchise was able to sit back and watch most scoreboards light up like a video game set on the beginner level.

For a franchise blessed with a winning culture, room for improvement on both sides of the ball, and an established defensive legacy to live up to; the opportunity for meaningful success this season seems ripe for the taking.