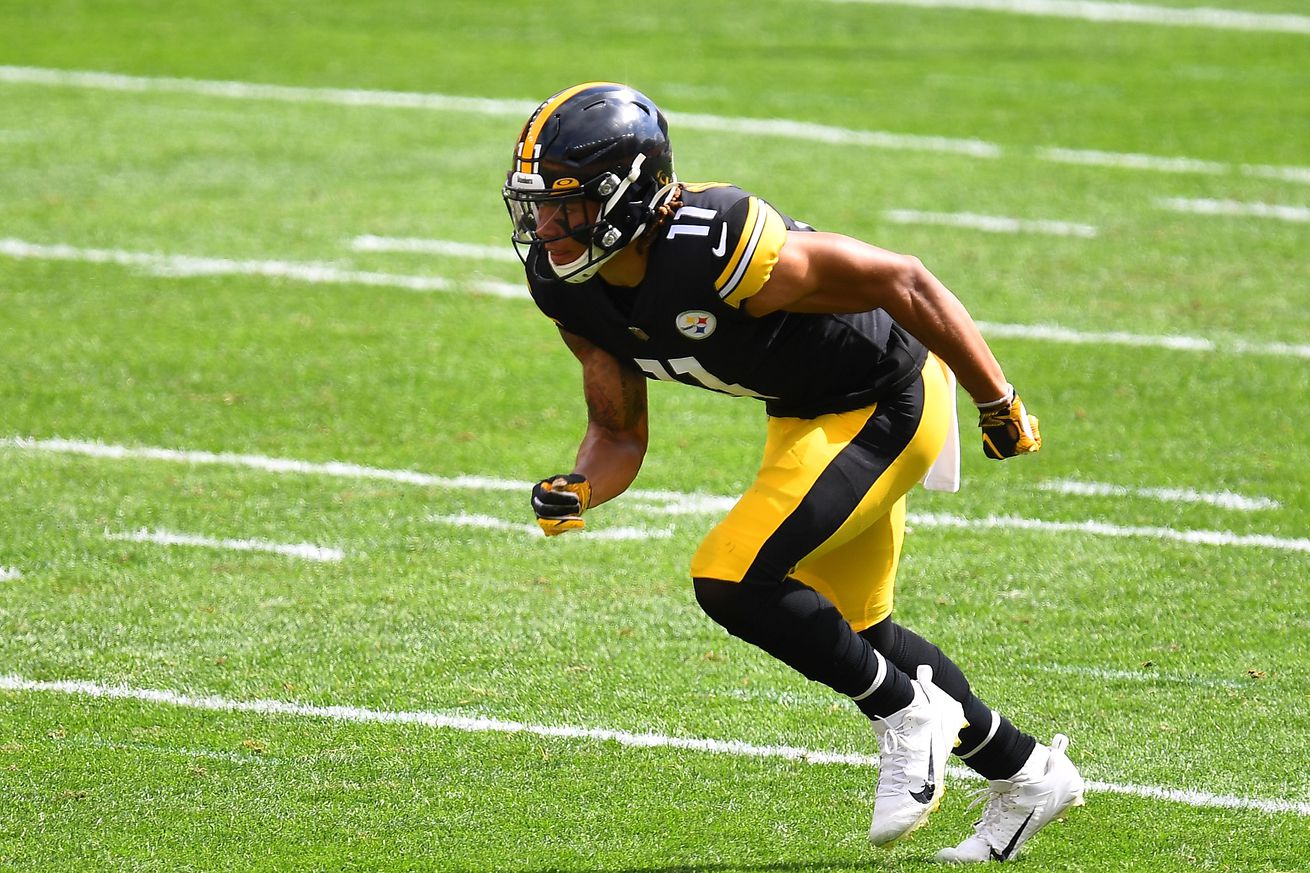 Welcome to the latest edition of the Steelers Stock Report of the 2020 NFL season: Philadelphia Eagles edition. I have been granted the distinguished opportunity to attempt to determine which direction individual players, or units, are trending after each weekly matchup, to the best of my ability.

After this week’s game there were actually fewer candidates worthy of consideration for this distinction than previous weeks, but I found myself struggling to acknowledge one player without mentioning another. Therefore I have decided on the Pittsburgh Steelers newest dynamic duo; QB Ben Roethlisberger and rookie sensation WR Chase Claypool.

Ben Roethlisberger has not only made a triumphant return from last year’s season ending elbow surgery, he has lead the Steelers to their first 4-0 start to a season in 40 years. Roethlisberger continues to shake off the early season rust and timing issues which were to be expected, all while demonstrating an impressive grasp of the playbook by orchestrating a masterclass in game management and ball security. His arm talent remains elite, even after the surgery and advanced age for a NFL QB. He appears to have matured as a QB, both as a team leader and in his decision making behind center. He is making excellent pre-snap reads, quickly getting the ball out of his hands into the hands of his plethora of skill position players, and avoiding unnecessary punishment in the process. This is the new and improved version of Big Ben, a warrior who is just as dangerous with his brain as he is with his brawn. The continued evolution of a future HOF player and Steelers legend.

Chase Claypool has exceeded the expectations of even the most optimistic Steelers prognosticators. Few pundits were more optimistic than I when the Steelers selected Claypool with their second round selection of the 2020 NFL Draft. Here is a short snippet from my Grading the Pick article immediately after his selection: (I believe that Claypool can be an immediate contributor as a rookie, both on special teams and in specific offensive sets. His size and speed can be utilized to create mismatches on go routes and in the red zone. His skill set brings attributes that the Steelers didn’t previously enjoy in their wide receivers group. Many believe his long term future may be as a move tight end, where they believe he has star potential. However, I believe the Steelers selected Claypool with a specific plan in mind.) By the way, Claypool is most definitely a wideout who just so happens to have the size and blocking ability usually reserved for a TE.

I would love to proclaim that the Steelers have utilized the young man exactly like the plan I thought they had in mind, meaning plenty of high point contested catches and indefensible back shoulder throws, but he has done all that and much more. The ridiculously bad offensive pass interference penalty against Claypool on Sunday robbed the young man of yet another score on his record setting day. The play actually was perfectly executed and further illustrates the potentially unstoppable possibilities from the Roethlisberger to Claypool connection.

However, nobody could honestly have foreseen the myriad of ways that Claypool has impacted the Steelers offense, and the almost instantaneous chemistry he has developed with his franchise QB. This is something special we are witnessing here, and Ben probably has to pinch himself to make sure he isn’t dreaming. Steelers Nation can count on the 7/11 connection to always be open, according to Claypool.

I am struggling to even categorize my reasoning for this selection. Fitzpatrick’s performance thus far this season has me baffled. All of Steelers Nation was expecting Fitzpatrick to have a far greater positive impact on the Steelers defense than he actually has this season, and I am sure he himself would agree with that sentiment.

I read an article this past week that openly questioned just what was wrong with Minkah’s game up to that point, but no real consensus was ever achieved. Those struggles where evident again against the Eagles on Sunday. He appears hesitant to react and always seems a step behind. That could partially be blamed on the new responsibilities given the Steelers secondary due to the ultra aggressive approach of the front seven in the first quarter point of the season, but other warts are harder to explain away.

Apparently Fitzpatrick paid a visit to the Deion Sanders school of tackling fundamentals this off season, seemingly avoiding contact whenever possible and choosing to throw a shoulder into the ball carrier instead of attempting a form tackle. He needs to take some lessons from Terrell Edmunds, who happens to be an excellent form tackler. Whatever the reason, the lack of effort and enthusiasm has been disturbing, and must improve moving forward. I have faith that it will.

This year’s influx of rookie talent reminds me of the 2017 draft haul achieved by the Steelers. Prior to the draft I felt the Steelers had a specific plan in mind, to surround Ben with youngsters who could contribute immediately. Boy have they ever.

Claypool’s contributions have been well documented. His athleticism is impossible to ignore. At one point in the fourth quarter, my son looked at me and asked, “Can Claypool play defense?” Funny thing is, he wasn’t joking. I wonder……. no, bad idea. He already does so much. Let’s move on.

OLB Alex Highsmith’s play has earned him increased snaps, and the faith of his coaches and teammates. Two plays from Sunday stand out. He faded into a short zone to take away a shallow crossing route designed to go to Zach Ertz on one play, then acted as a spy of sorts on Wentz later in that same drive. Similar to T.J. Watt and Bud Dupree, he is far more than just a pass rushing edge.

RB Anthony McFarland is garnering attention, and his speed is impressive even at the NFL level. Kevin Dotson is a 24 year old man, and he plays like it. No panic or wide eyed wonder from this kid, just raw power and technique. Already the best run blocker on the line, and he is only going to get better.

Even UDFA CB James Pierre has shown potential and athleticism as a contributor on special teams.

This year’s rookie haul is reminiscent of the type of foundation that Super Bowl seasons are built upon.