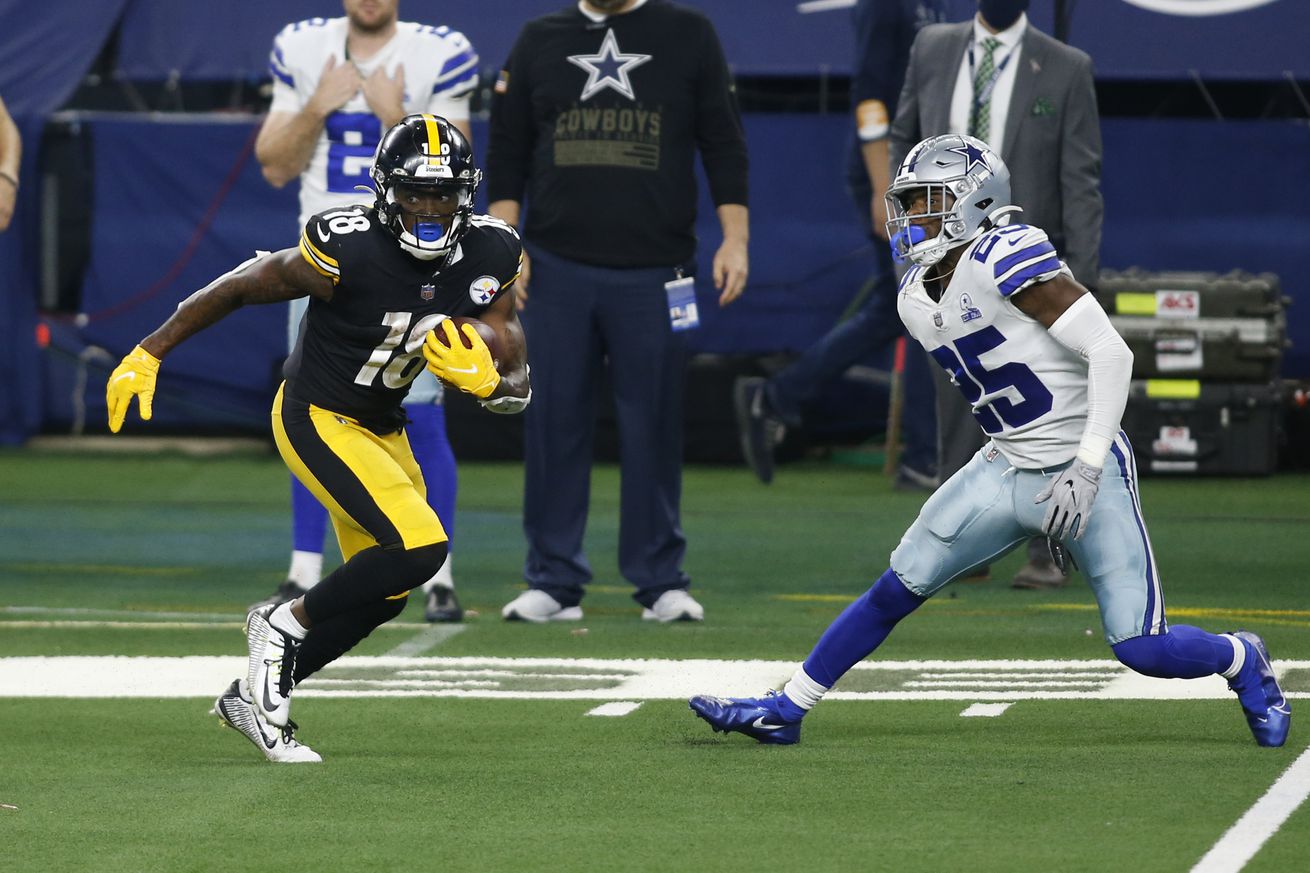 Welcome to the latest edition of the Steelers Stock Report of the 2020 NFL season: Dallas Cowboys edition. I have been granted the distinguished opportunity to attempt to determine which direction individual players, or units, are trending after each weekly matchup, to the best of my ability.

Plain and simple, the Pittsburgh Steelers came out of the gate on Sunday against the Dallas Cowboys as lackluster and flat as at any point this season. Let me start by saying, it wasn’t totally unexpected coming on the heels of the always physically demanding and emotionally draining rivalry game with the Baltimore Ravens. Let’s not pretend that all the blame for the Steelers subpar performance falls squarely at the feet of Mike Tomlin and the coaching staff.

The Steelers roster is filled with veteran leadership that was fully aware of the importance of this contest. A loss to the injury ravaged Cowboys, with a career journeyman at QB, would have wiped away everything they had worked so hard to achieve the week prior. Thankfully the Steelers were able to overcome the early doldrums and emerge victorious with yet another four quarter comeback. Thanks mainly to Ben Roethlisberger.

Something seemed off about Roethlisberger from the opening snaps of the game. He seemed disinterested and discouraged from the start. Then, just as the Steelers offense started to gain a little momentum, he caused all of Steelers Nation to suffer chest pains when he laid on the ground clutching his left knee after being crushed in the pocket after a throw. He would eventually arise; although clearly favoring the knee, to complete his next four passes, the last resulting in a TD on a beautiful 17 yard bullet to WR James Washington in the back of the end zone after freezing the defense with a pump fake.

He was then immediately taken to the locker room for observation, leaving all of Steelers Nation to pray for his wellbeing. No Big Ben, no chance for a seventh Lombardi Trophy this season. After Minkah Fitzpatrick recovered a fumble on the Cowboys subsequent offensive possession, the Steelers had the ball in Cowboys territory with a timeout in their pocket, but there was a problem. With Ben already in the locker room being looked at, backup QB Mason Rudolph was thrust into action. The step down in talent was staggering.

Even the most ardent Rudolph supporter would have to be visually impaired to not have noticed the difference in the arm talent of the two quarterbacks. Rudolph threw three passes trying to maneuver the Steelers into more favorable field goal range, and I held my breath on every one of them. Rudolph simply lacks the requisite arm talent to throw the ball outside the numbers. His passes lack zip and tend to float toward the target.

The Steelers have an abundance of talent at the skill positions, but it would all be for naught without their future Hall of Fame maestro orchestrating the concerto. Roethlisberger’s grasp of the playbook and his ability to diagnosis defenses is the only consistently superior aspect of the Steelers offense at this stage of the season. The offensive attack shines the brightest when Ben takes over the reigns. There is much work to be done as a team to continue showing improvement as a offense. The good news is there is time and the necessary talent to do just that. The great news is Ben appears to have avoided serious injury to his knee.

There were multiple candidates for this rather dubious distinction, based solely on yesterday’s performance. The Steelers offensive line struggled throughout the game. They were unable to create any push in the running game against the worst rush defense in the NFL, and the zero sacks given up was definitely misleading. Roethlisberger’s ability to quickly diagnose the defense and get the ball out definitely disguised a subpar performance by the unit across the board.

All three coordinators left much to be desired. Keith Butler stubbornly remained in their base defense regardless of the Cowboys personnel and formation. It was as vanilla a defense as possible, without any sprinkles. I understand the thought process going in, I really do. The quickest way a severely undermanned opponent can pull a gigantic upset is through big plays and turnovers. Butler wanted to force the Cowboys to put together long sustained drives to put points on the board, and count on his stars to eventually make the game winning plays. It worked out in the end, but barely.

Danny Smith’s unit underperformed throughout the game. Simply put, when Jordan Berry is the bright spot of your special teams performance, you have had a bad day.

That being said, OC Randy Fichtner earned this weeks unwanted recognition. His weekly game plans are terribly predictable and totally uninspiring. Every Steelers fan who pays any attention each week can accurately predict that the first offensive play of every game will be a run up the middle. I had to chuckle when the Steelers ran Conner straight up the middle to open the game. It’s almost starting to border on ineptitude.

The offense doesn’t do squat for two straight games till they put the ball in Ben’s hands and get out of the way. Tomlin and Fichtner didn’t appreciate Ben implying that the Steelers offense basically ad-libbed throughout the second half against the Ravens. The truth is the truth, and they were forced to do the same thing against the Cowboys.

Speaking of Randy Fichtner, he stated last week that Diontae Johnson was as talented as any receiver the Steelers have had during his tenure. That appears to be a bit of hyperbole in my opinion. No doubt Johnson has talent, but it is wrapped up in a rather unusual package.

He has the size and quickness of a slot receiver, but appears to lack the toughness to exploit the middle of the field. He doesn’t possess the extra gear to be a consistent deep threat on the outside, and he has absolutely no ability to make contested catches or break tackles when necessary.

He has struggled to develop chemistry with Roethlisberger this year, and it shows bigtime after ever misfire in his body language. He was expected to assume the WR1 mantel by many, but JuJu Smith Schuster has undoubtedly been more consistent and reliable. Claypool also.

Johnson has talent, and the Steelers need him to be successful, but he needs to be put in situations schematically to do that with his rather specific skill set. It remains to be seen if Fichtner is up to the task.