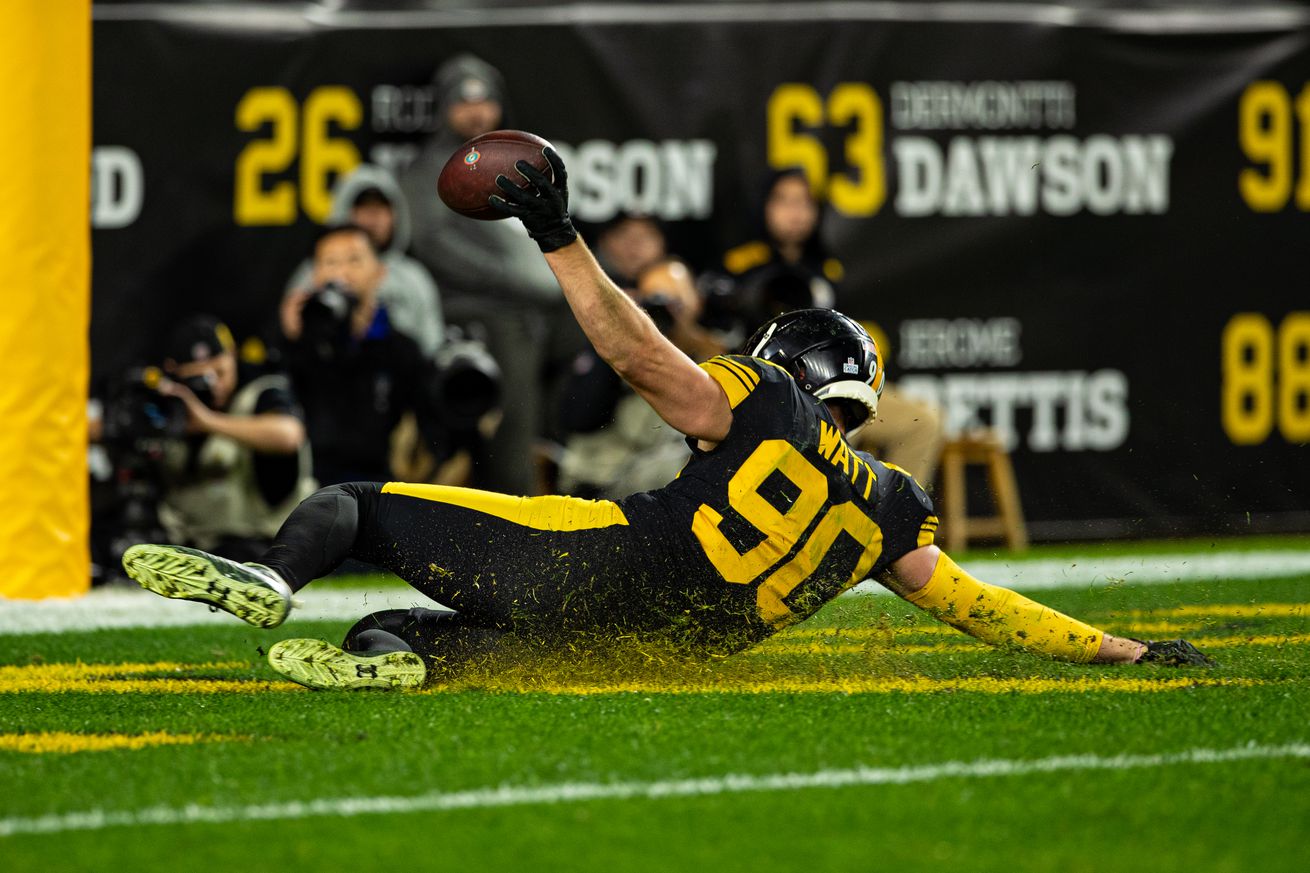 Some teams crumble under the bright lights on Monday nights. The Steelers are not one of them.

Steelers’ fans are finally just days away from their team taking the field for the first time in the 2020 season. Unfortunately, the wait has been extended an additional 30 hours as instead of opening with a simple 1 PM Sunday start, the Steelers will be the first game in a Monday Night Football doubleheader with a 7:10 PM kickoff.

So what is the key to the Steelers success when it comes to Monday Night Football? Is it the matchups? Is it being under the primetime lights?

According to defensive captain and 2019 Defensive Player of the Year finalist T.J. Watt, the biggest advantage of playing on Monday night is the extra day of preparation. Watt explained this on Friday in a virtual interview with Pittsburgh media when he was asked to speculate as to why the Steelers and Coach Tomlin have so much success in Monday games.

“I think the thing about Monday night is you get a bonus day of preparation,” Watt explained. “I think coach Tomlin, the whole coaching staff, and the players do a great job of utilizing that extra day—that bonus day—to kind of hammer out any final details, to go over the game plan, to make sure that we’re very detailed oriented, especially when it’s the first game of the season. To have that extra day is going to help us hopefully be a lot more effective and be able to play a lot faster come Monday night.”

For the unusual 2020 season, the Pittsburgh Steelers are probably dealing with more than just one bonus day of preparation. With no preseason games, the Steelers have been able to singularly focus their strategies on the New York Giants. Granted the most important thing the Steelers needed to handle in training camp was their own preparation. But part of playing football is knowing your opponent, and the Steelers have known their next opponent for quite some time.

For many teams in the NFL, splitting up the season helps in managing preparation. Not only do the Steelers cut their season into quarters consisting of four games each when it comes to managing their overall success, there is a routine involved with each week in the preparation for their next opponent. When the next game falls on a Monday, that week of preparation involves one additional day as part of the new routine. And according to Watt, taking advantage of that day has been what Coach Tomlin has done to be successful.

So how much does the extra day of preparation come into play when it is a teams first game of the season? It’s difficult to say. Since Coach Tom and took over the Steelers in 2007, this will only be the second Monday night game the Steelers have played in Week 1 with the previous contest being in 2016 when they defeated the Redskins in Washington 38-16.

One thing we all must remember is 2020 is a new season with new players and new goals. How the Steelers have performed in the past is irrelevant. What truly matters is how the team plays when they step on the field Monday night in the Meadowlands.

As for T.J. Watt, he has his own opinion as to how the Steelers will be able to handle their first contest of 2020.

“I have no doubt we’ll be ready come Monday Night.”