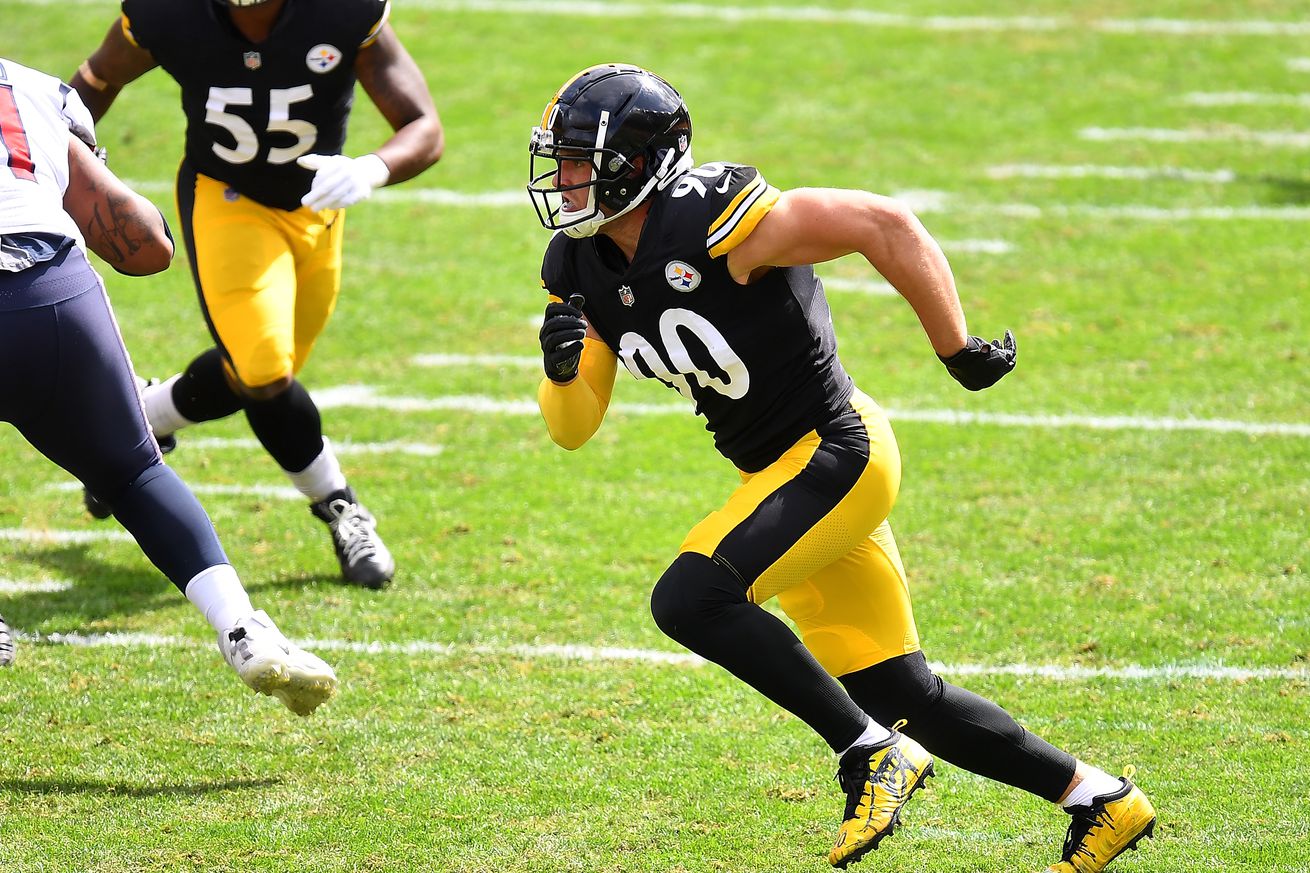 T.J. Watt has been an exceptional talent since the Steelers drafted him in 2017. He’s been so good, he’s now in the same company as an Antonio Brown, meaning, you just start to expect it.

T.J. Watt, the Steelers stud of an outside linebacker, won the first award after a dominant Week 2 performance against the Broncos in-which he recorded 2.5 sacks and four quarterback hits. Watt won the second award for his overall excellence throughout the month of September and totaling 3.5 sacks, 10 quarterback hits and a very athletic Week 1 interception.

Did you really notice? I mean, of course, you noticed. We always notice Watt. Steelers fans have been riding the current of Watt’s greatness since Pittsburgh selected him with the 30th pick of the 2017 NFL Draft. Watt’s consistency and production have been almost unrivaled in terms of outside linebacker play since he came into the league.

However, Watt has been so exceptionally good since Day 1 that it’s become a little boring and uninteresting to write and/or talk about his play. But that doesn’t make him any less remarkable.

Just how good has the start to Watt’s career been? Let’s compare him to some legendary Steelers outside linebackers from the recent past.

Over a span of 10 remarkable and dominant seasons in Pittsburgh (1997-2007), Lloyd, one of the premier playmakers of his day, recorded 54.5 quarterback sacks, 34 forced fumbles and 10 interceptions.

During his eight-year career with the Steelers (1999-2006), Porter, the emotional leader of the defense and locker room, recorded 60 quarterback sacks, 17 forced fumbles and 10 interceptions.

Watt is darn good. But as I said, he’s been so good, it’s not really news when he has a great game or month. Watt has been so consistently dominant through the first three-plus years of his career, he’s reached the level of an Antonio Brown, where excellence isn’t so much appreciated as it is expected.

Take your hating cap off for one moment and think about Brown’s career in Pittsburgh. He was so exceptional, week after week, month after month and year after year, you often didn’t notice. Instead of talking about a 10-catch, 150-yard, three-touchdown performance by Brown, you may have been more focused on the humble contributions of a lesser-talented receiver. Or how about the job that backup running back did? What about the undrafted tackle?

Like Watt, Brown’s consistent excellence became somewhat ordinary, but that didn’t make him any less extraordinary.

In case you’ve started to take him for granted just a bit, a little reminder: Watt’s consistent production has been generational relative to some legendary Steelers outside linebackers of recent memory.