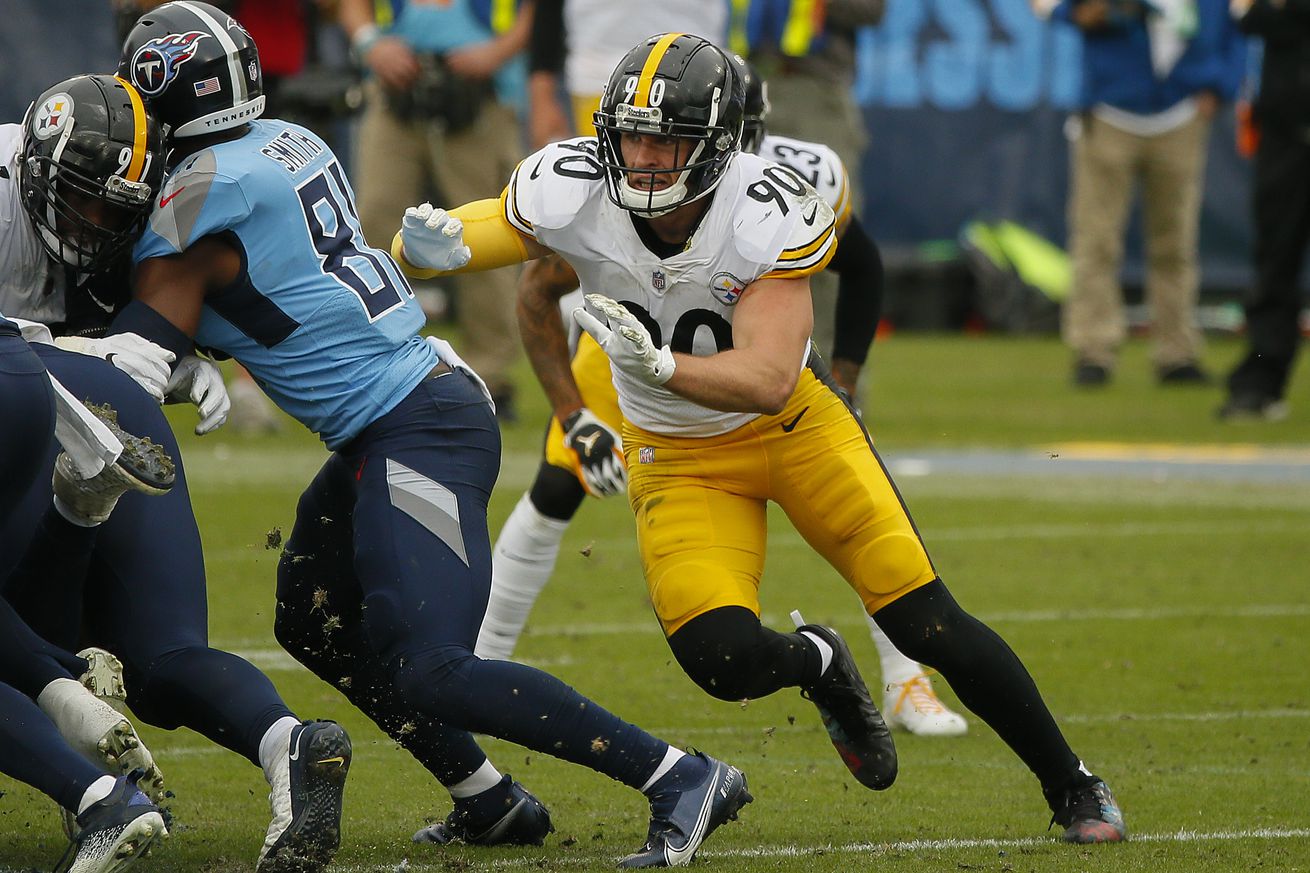 Steelers linebacker T.J. Watt has steadily improved every year he’s been in the NFL, and his fourth season will be no different. The scary thing is, Watt was a legitimate NFL Defensive Player of the Year candidate in 2019. In 2020 he’s spear-heading one of the nastiest defensive units the NFL has seen in some time.

No one is creating more havoc in the backfield in the NFL than T.J. Watt. He has been living behind the line of scrimmage in both the pass and run games. According to Pro Football Focus, he has the highest pass-rush win rate and has been leading the NFL in tackles for loss all season long.

Watt’s habit of living in the backfield has forced teams to either double team or chip him with a tight end or running back. This has helped at times to free up the likes of Stephon Tuitt and Cameron Heyward, but also slowed down opposing offenses by delaying skill players from running their routes when they have to chip him.

Check out the stats T.J. Watt is pacing. Let’s put it this way, in 2019 Aaron Donald led the NFL in tackles for loss with 20, T.J. is pacing 27 tackles per loss. Pacing 15 sacks would also see the youngest Watt brother set a career high for a pass rusher’s most important stat. Plus 48 quarterback hits would smash his career best of 36, set in 2019.

T.J. Watt has also received a 90+ grade from PFF every single week, and has received the top grade for any pass rusher every week the Steelers have played. Not only is he putting up the stats, but he has been effecting the play even when the offense does everything they can to keep the ball away from him.

So, if you thought T.J. Watt was a Defensive Player of the Year candidate in 2019, he is certainly on pace to do just that this year. It officially looks like the mantle of best ‘Watt’ in the NFL has been past down to T.J., whether or not he can match the trophy case of his big brother, J.J. Watt will be fun to see.

What do you think? Is T.J. Watt the current front runner for NF defensive player of the year for 2020? Let us know why or why not down in the comments below!