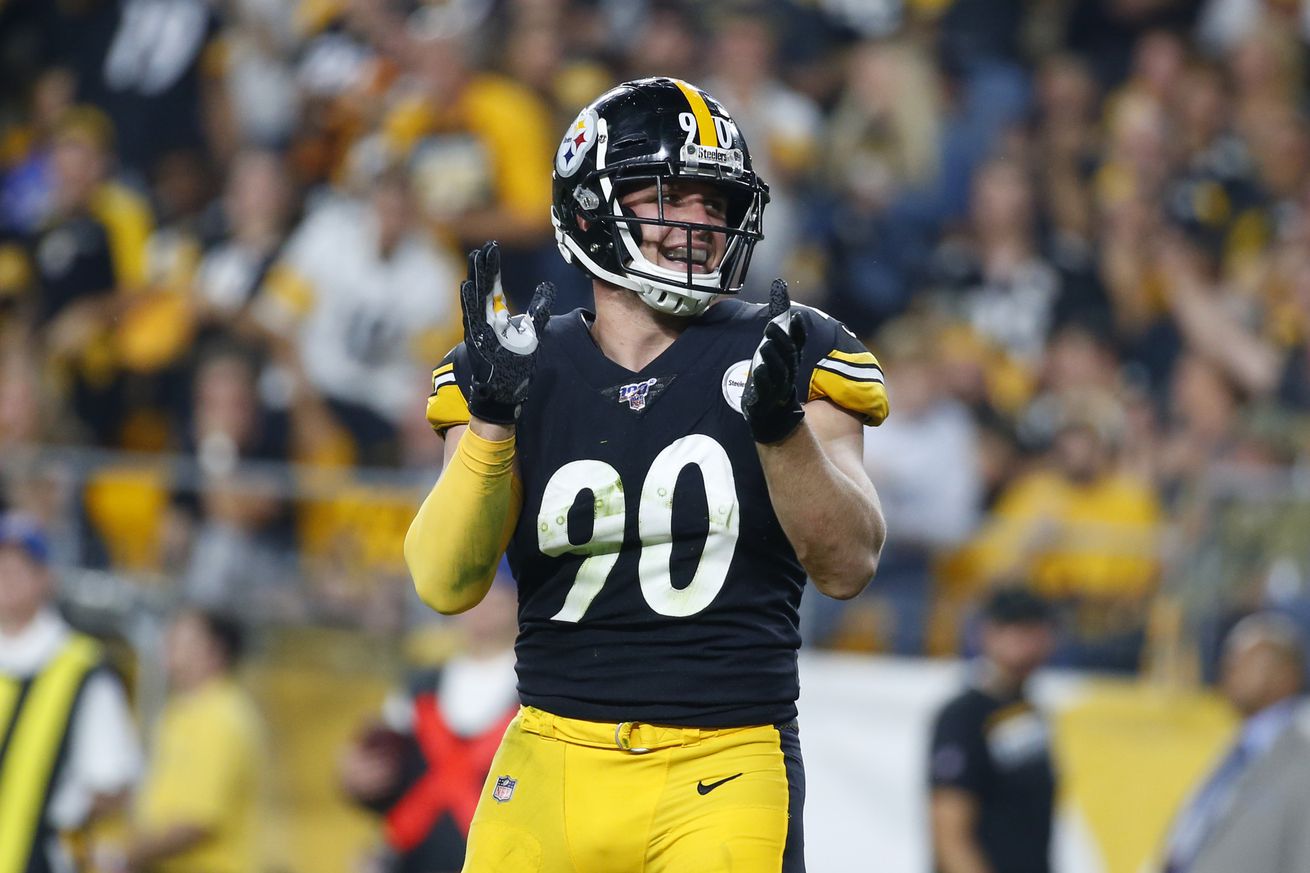 By all accounts, T.J. Watt has already left a crater sized impact on the NFL, but his best is yet to come. We might not have to wait very long to see the best out of Watt either. Reports out of training camp have state Watt is in the best shape of his life (but I think they say this about every player), he’s playing against the weakest spread of offensive tackles in his career, and he has a lights out secondary behind him giving him extra time to get to the opposing quarterbacks. Like Hulkamania, Trent Jordan Watt is about to run wild.

First, let’s take a look at T.J.’s unparalleled ability to punch out the football. In 2019, Watt paced the NFL with 8 forced fumbles using a skill that very few players have even tried, let alone consistently succeed with. Watt quite literally punched the football out of ballcarriers hands all season long, and was close to knocking even more balls out in 2019. If T.J. can hone this ability, he could force double digit fumbles this season.

Next, lets take a look at the offensive tackles that T.J. will line up across from:

Not exactly a murders row of one-on-one matchups for Watt. T.J. also projects to explode into the 2020 season with games against extremely inexperienced opponents in his favor. He also gets to play Bobby Hart twice a year, someone who you may remember T.J. Watt had his way with in 2019.

Finally, let’s touch on the teammates who will help T.J. reach the heights we only dreamed he could when he was drafted in 2017. First the defensive line, which is full of 10+ sack potential guys, which forces teams to occasionally shift their double teams away from T.J. in hopes of slowing down Cam Heyward or Bud Dupree. Next the linebackers, guys like Devin Bush are so quick that T.J. is able to free lance a bit from his outside linebacker position. Bush can over compensate if Watt guesses plays incorrectly. Finally the defensive backfield. Guys like Minkah Fitzpatrick, Joe Haden, and Steven Nelson have put the clamps down on wade receivers forcing their quarterbacks to hold onto the ball just a bit longer, which in turn gives T.J. a bit more time to come away with sacks.

All in all, I wouldn’t be surprised if we saw T.J. Watt end the 2020 season as the Steelers sacks in a season record holder with around 20 sacks (record is 16 In 2008 by James Harrison), 10+ forced fumbles, an interception or two, and even the potential for his first career touchdown. A stat line like this would see Watt walk away with the NFL defensive player of the year award, and potentially put him in the conversation for league MVP. If he can pull all that off I’m sure T.J. will shatter the $135 million dollar deal Joey Bosa signed this past offseason.

What do you think? Are we on the precipice of an all-time great season by T.J. Watt? Let us know down in the comments below!