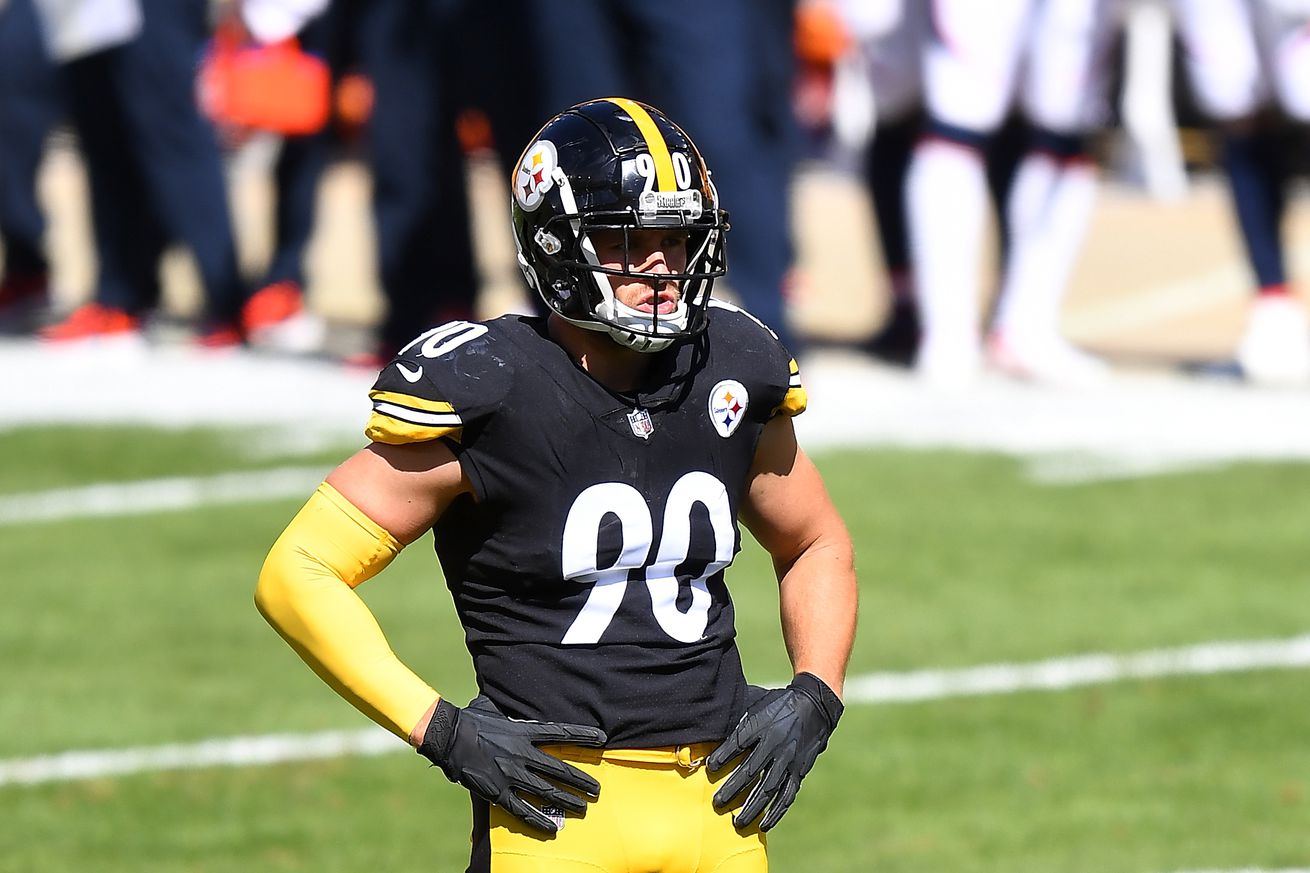 Steelers linebacker, T.J. Watt has been named the highest graded edge defender for a second consecutive week by pro football focus. Watt has gone two for two throughout the young 2020 season. If you question whether or not he can keep this trend up, Watt was the overall 2019 season leader amongst all edge rushers.

Watt had the stats to back up his high grade against the Broncos. T.J. picked up 2.5 sacks which skyrocketed him atop the NFL leader board. Watt also picked up four tackles, four quarterback hits, and two tackles for loss.

On paper Watt didn’t put up the same kind of pass rushing numbers in Week 1, but he did knock down two passes, and pick up an interception. Watt almost nearly added a sack/fumble against the giants but the ball unfortunately landed in the hands of a Giants player in the end zone. Obviously the Steelers wouldn’t want to challenge the play giving the Giants points so the stat disappears forever.

While it is early, T.J. Watt must be viewed as the early leader for the NFL’s defensive player of the year award. After a huge 2019 season, many members of Steelers nation felt Watt should have walked away with the award. While there’s so much football left to be played, the combination of Watt’s history and his level of dominance in 2020 might make voters more inclined to put the fourth year Pittsburgh Steelers linebacker on their ballots.

The highest-graded edge rushers of 2019:

What do you think? Will T.J. Watt be able to keep up this level of play throughout the 2020 season? Is he going to bring home the DPOY award this year? Let us know down in the comments below.