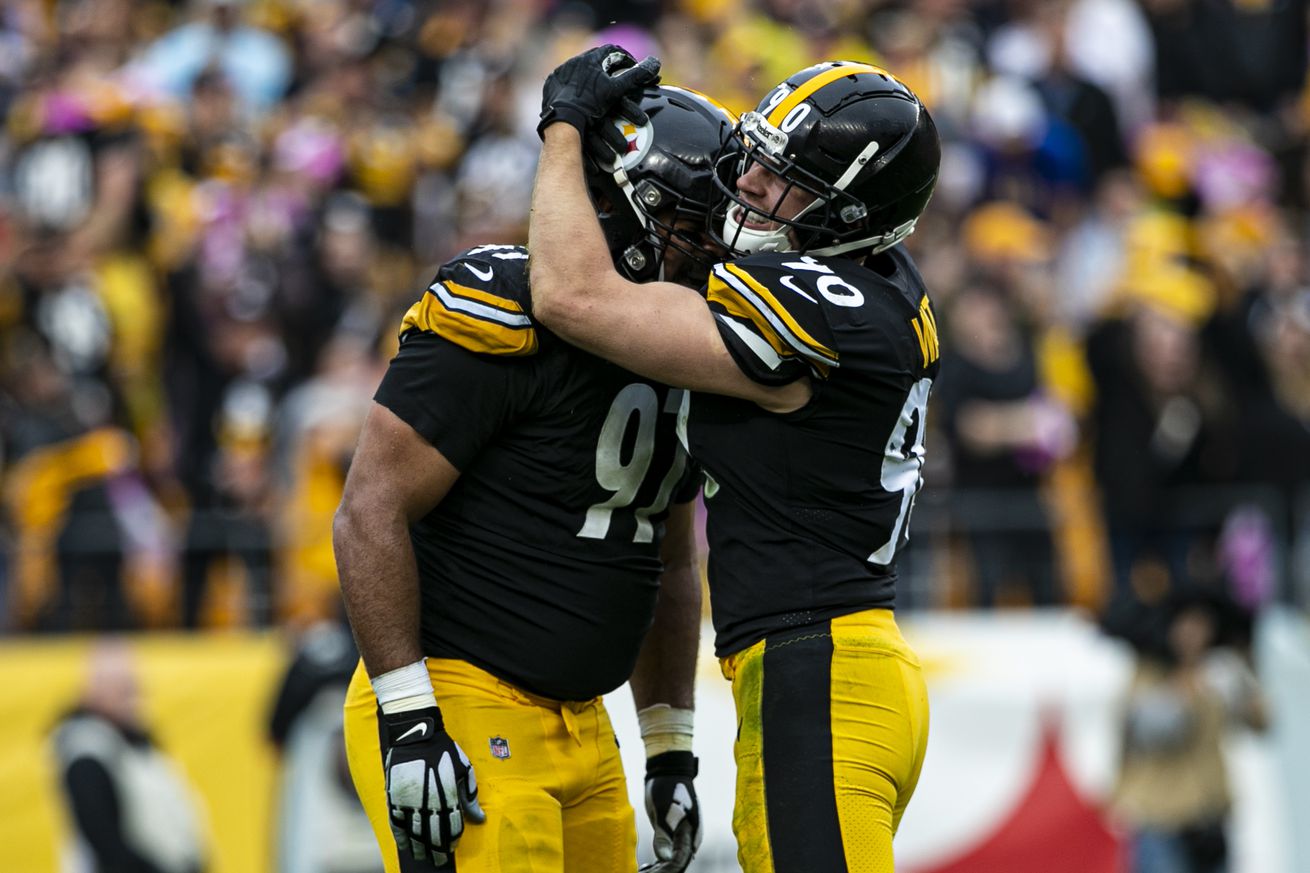 In more rankings coming from CBS Sports, Watt is the top edge rusher while Cam Heyward is 7th among defensive linemen.

In the first round of top 10 players per position at CBS Sports, Steelers Minkah Fitzpatrick and Joe Haden both landed towards the top of their respective lists. With two more defensive positions coming, this time courtesy of Ryan Wilson, the Steelers are once again represented on both lists.

First, of all edge rushers in the NFL, T.J. Watt is ranked at the top going into the 2020 season.

Top 10 Edge Rushers in the NFL
(According to @ryanwilsonCBS)

Coming off a year when many felt Watt was deserving of Defensive Player of the Year, there’s a little reason to believe the 25-year-old will be slowing down entering his fourth season in the NFL. Coming off an All-Pro season, Watt notched 14.5 sacks, eight forced fumbles and two interceptions in 2019. With an all-around improved defense in Pittsburgh, Watt continues to benefit from a stiff secondary behind him as well as quality pass rushers across the Steelers defensive front.

With his amazing production in 2019 which also included 36 quarterback hits, it’s scary for NFL teams to even consider the notion that Watt has not yet reached his full potential. If he can continue to improve on his already phenomenal numbers, T.J. Watt should be easily implanted at the top of this list as season’s end.

When it comes to defensive lineman, Cameron Heyward was placed in the seventh position according to Wilson.

Top 10 Defensive Linemen in the NFL
(According to @ryanwilsonCBS)

Coming off an All-Pro season where Hayward was ranked only behind Aaron Donald in 2019, dropping him back to the seventh position seems a little sketchy. The 31-year-old is coming off a three-year stretch in which he made the Pro Bowl each season and has been first team All-Pro in two of the three years. Perhaps opting for youth going into the season, the only player other than Donald ranked ahead of Heyward who is not significantly younger was the Eagles Fletcher Cox who has been a near equivalent to Heyward over the last three seasons. With nine sacks and six passes defended in 2019, Heyward has seen his biggest success in the latter third of his nine-year career.

Squeezing into the 10th spot on the list was former Steelers nose tackle Jevon Hargrave. Hargrave managed to find his way into the top 10 even though he was ranked by many metrics behind Steelers defensive end Stephon Tuitt in 2019. Granted, Tuitt only appeared in six games for the Steelers before missing the season due to a torn pectoral muscle. Hopefully Tuitt can fly under the radar and end up as one of the premier defensive lineman at the end of the 2020 season.

Of course, all of these lists are merely speculation and one person’s opinion as on-field performance will ultimately determine player’s success in the 2020 season. For now, lists such as these make a great starting point for discussion when it comes to various positions in the NFL.

So what do you think? Are the Steelers players ranked accurately? What changes would you make to these lists? Please leave your thoughts in the comments below.