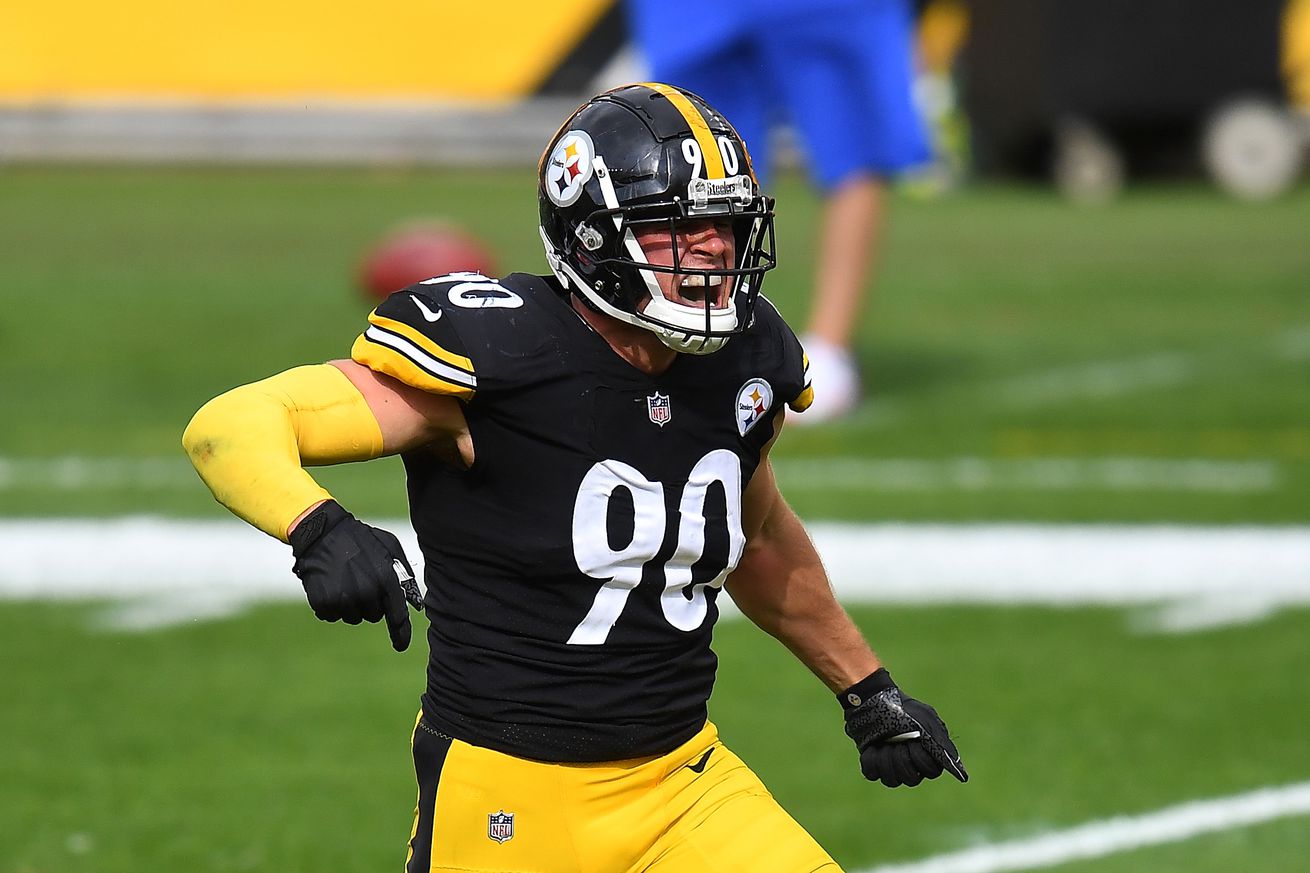 T.J. Watt joined the Pat McAfee show to talk about the season, and being a Watt

“I love the game of football.”

Steelers fourth year linebacker, T.J. Watt joined the Pat McAfee show on Thursday to discuss the crazy past couple weeks for the Pittsburgh Steelers. It has especially been wild to be a member of the Watt family. After playing in the first ever Watt brothers bowl in Week 3, the NFL was turned on its head. For big brother J.J. Watt it involved a mutiny against his head coach. For T.J. and Derek it was the first postponed Steelers game since 2001.

While T.J. did admit the extra time off helped heal some bumps and bruises, he noted some extra notice would have been appreciated. “[It] would have been nice to have a few extra days and know the bye week was coming up.” said T.J.

As for the postponed game itself Watt and the rest of the Steelers have bought into what the Steelers coaching staff has been preaching and doesn’t care about the situation this team faces. T.J. said “Like Coach [Tomlin] says we really don’t care. We don’t care where we have to play when we have to play we’re trying to do everything we can to follow these protocols”.

Watt felt that being drafted by the Steelers was a perfect match, both scheme fit and personally. But it’s the Steelers head coach that Watt finds to be leading the charge. “[Tomlin] is the ultimate coach. He’s never going to fold up shop”. It was that never say die attitude that helped propel the Steelers to a .500 record a year ago despite all the factors in the world justifying a losing record. It’s that very mindset which is helping these Steelers power through the pandemic.

As for Watt’s mind set on following the rules to continue playing football during the pandemic, he said “I want to play football and I’ll do whatever it takes”. Be it wearing a tracker or spending time away from football solely at his house, it’s a a sacrifice T.J. is willing to make.

Watt’s developing into one of the best defensive players in the sport today, and he realizes he is just getting started, “I’m still just growing at my position. I only played just two years of defense in college. I played only right side my rookie year, these past few years I’ve played only left side. I’m just getting more and more comfortable and the game is slowing down.”

T.J. Watt is just one year away from having to negotiate another contract in Pittsburgh. If he can continue his meteoric rise to the top, the Steelers might just have to rent a second Brinks truck to deliver him his money.