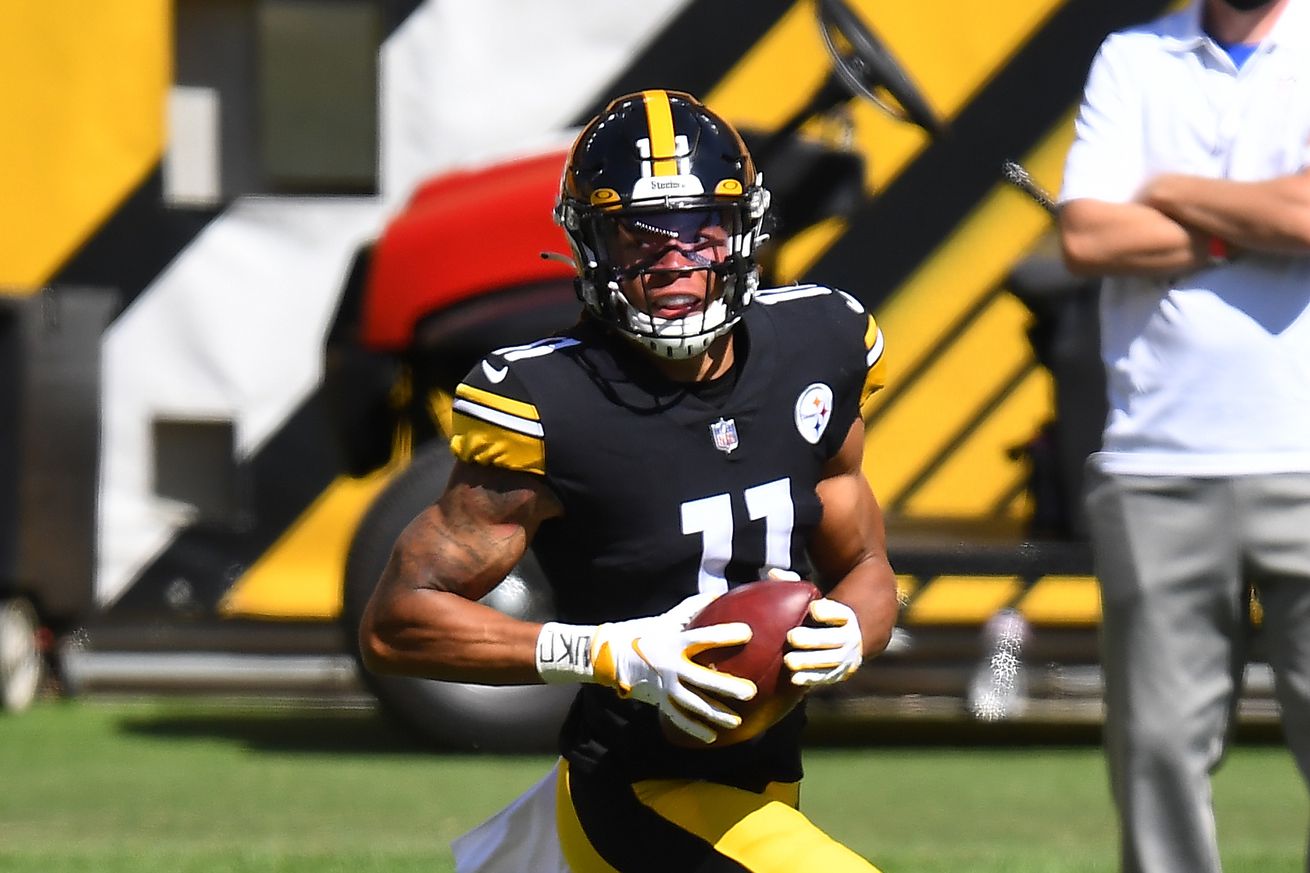 The Steelers haven’t had the down field success fans are accustomed to seeing, but that doesn’t mean the team won’t continue to push the football down the field in the future.

Throughout Ben Roethlisberger’s career, he has been known for his deep passing ability. The receiver has never mattered, but Roethlisberger airing it out on game day has become an expected sight.

The only problem is recently the quarterback hasn’t had the same success he has had in year’s past. While his completion percentage hovers around 70%, his yards per completion are down compared to in years past.

No one would expect Roethlisberger, who is coming off a surgically repaired elbow and missing all but six quarters of the 2019 season, to come back and pick up where he left off in 2018. But the expectation is the deep passing ability would still be there.

In Week 3 you saw Roethlisberger take several shots down field, all unsuccessful, but if there is a silver lining to those incomplete throws it would be how he didn’t underthrow his receivers. In fact, he overthrow every one of them. If the concern over Roethlisberger’s arm strength wasn’t gone by now, I don’t know what it will take for fans to realize if there are issues with Roethlisberger, it isn’t due to his elbow.

“We are always attempting and trying to push the ball down the yard.” Fichtner said during his weekly press conference with medida. “It’s always been one of my favorite throws in 14 years of watching him make. I don’t think it was anything structural from a standpoint of wanting to or trying to or game planning not to do. But I do think we, and Ben [Roethlisberger] in general, gets a certain type of umbrella put in the secondary that just wants to keep everything in front of you.

“Like I said, I think we have a group that runs pretty well from tight end out to receivers. When you put yourself in single high or man situations or zero situations, as a defense, you are going to have to cover guys, and I think you will see as what you refer to as deeper balls thrown. Some of that—and I think Ben would say the same thing—you can throw short and run long. We’ve got those kinds of capable guys too. Accuracy, them catching and running, making that guy miss, finishing a catch and run and it will all come together. I do think it is an early sampling like you said. We didn’t have last week, so we are getting a ton of reps this week to try and improve where we needed improving.”

When looking ahead to the 1-2-1 Philadelphia Eagles in Week 5, Fichtner was asked about their defense, and if they will be more, or less, susceptible to the deep pass?

“It’s going to come down you are going to have to win your one-on-one. If they are in their man, then you are going to have to be in the right spot at the right time and read it the right way and protect against a really solid four-man rush and execute the passing game, and that is a tribute to them defensively in general because they are not just going to give up busted coverage plays.” Fichtner said via Zoom. “They are not going to be negligent when it comes to protecting against the deep ball, but that can’t stop us from attempting to push the ball down the field.”

The Steelers’ Week 4 bye week wasn’t planned, and although frustrating Fichtner was extremely happy with what Roethlisberger got done during the unplanned break.

“I know that he would have liked to keep playing. Eventually, you were going to have a bye week. We took advantage of it from a standpoint of freshness, him being able to get the work he needs and not overdo it, and he has put in some really good work this week and did some individual type things last week.

“Like I said, I think we just need to go back and play, and I think he will see the rhythm for him coming back. I do believe in the first three weeks, every week was getting a little bit more comfortable. I probably don’t think about it as much but all those reps that you miss in the OTAs and minicamp and true training camp and the rapport with the receivers. Interesting, I said something to Mason [Rudolph] last year when he got his first start after Ben got hurt the next week. I’d asked him how many times he’s really thrown the ball to JuJu [Smith-Schuster] and the fact is most of those reps from individual to practice time when JuJu is in there goes to Ben. I don’t take for granted that [Eric] Ebron and some of the newer wide receivers, Chase [Claypool], and the guys that have been playing, that sometimes it takes some time.”

The Steelers could use some splash plays on offense vs. the Eagles defense in Week 5, it certainly would help their chances of keeping their record perfect before their first divisional game in Week 6. Nonetheless, the Steelers are in no way abandoning the deep passing game, so don’t be shocked when shots are taken down field at Heinz Field this Sunday.

For the latest news and notes surrounding the Pittsburgh Steelers as they prepare for the Philadelphia Eagles, be sure to stay tuned to BTSC.