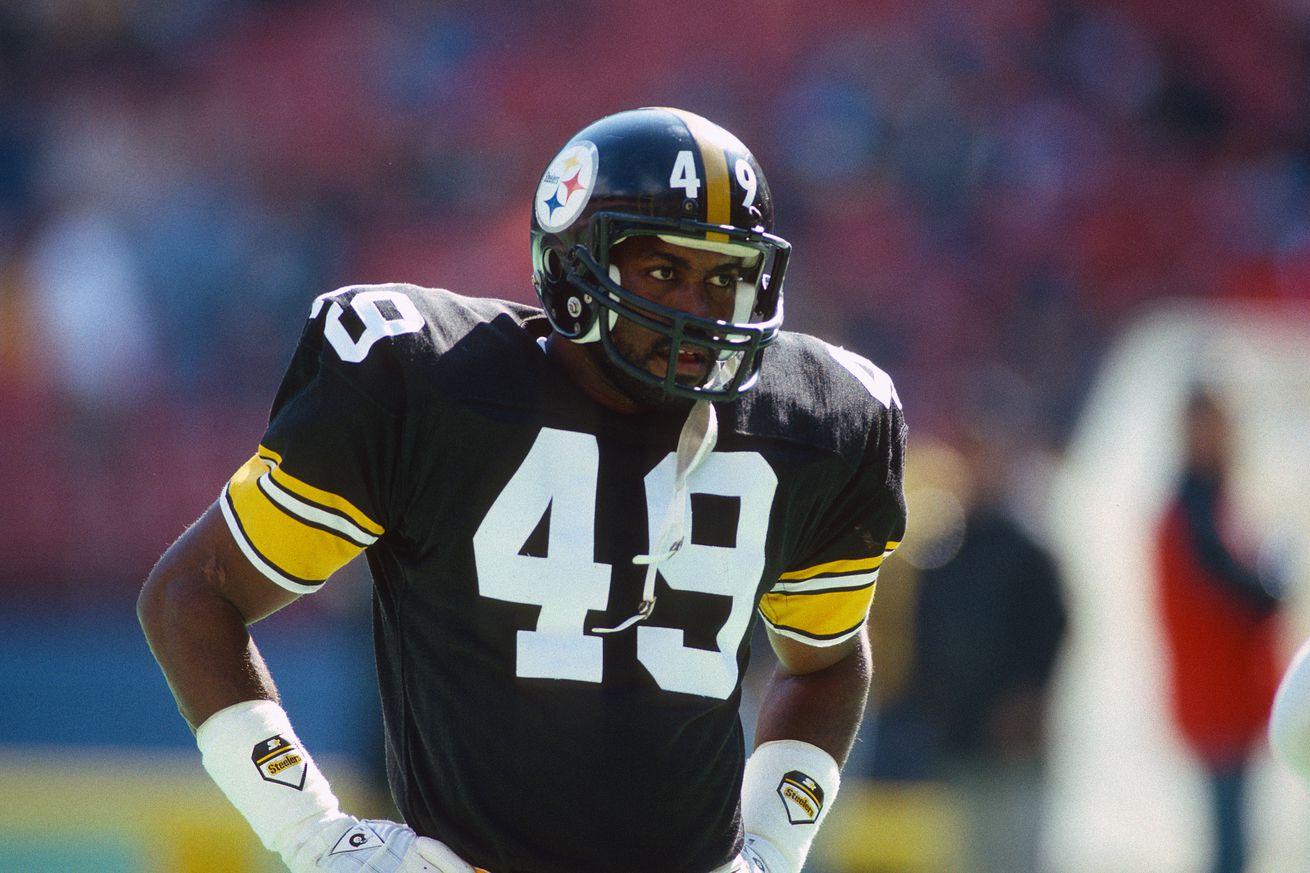 The ‘80s are a bit of a forgotten era in Steelers history. Today we spotlight some of the names of those teams

The 1980s were a total let down of a decade. Sandwiched between one of the greatest dynasty’s in NFL history, and the ‘Blitzburgh’ Steelers of the ‘90s, the ‘80s really never get any love when talking about Steelers history.

Basically every player could be added to this look back in history but some names like Louis Lipps, Mark Malone, and Tunch Ilkin are still talked about here in the ‘20s. Today a plethora of other ‘80s Steelers are going to get some love.

The Judge, Dwayne Woodruff is quite literally an Allegheny County judge. But before he was smacking a gavel, he was knocking down passes as one of the best cornerbacks in Steelers history.

Woodruff had a knack for creating turnovers throughout his career totaling 37 career interceptions and 4 fumble recoveries. Woodruff is also a member of a ton of hall of fames including: University of Louisville Athletics Hall of Fame, the New Richmond High School Hall of Fame, The Kentucky Pro Football Hall of Fame, and the Kentucky Athletic Hall of Fame. It’s a shame he may never be enshrined in Canton.

The Pittsburgh Steelers probably have the greatest all-time list of linebackers out of all NFL teams. The greatness of the position make it easy to forget a name or two along the way. Robin Cole replaced forgotten ‘70s linebacker Andy Russell and back stopped the Steelers to two more championships. Cole’s best individual season came during the 1984 season in which he was named to both the Pro-Bowl and All-Pro roster.

Cole would play 12 seasons and 150 games with the Steelers.

Everything stated above can be said double down here. In 1984 Jack Lambert was nowhere near being the best linebacker on the team, just wrap your head around that.

A third round pick in 1982, Mike Merriweather would make a short but big impact. In six seasons In Pittsburgh Merriweather, would be named to three consecutive Pro-Bowls, and three All-Pro teams. In 1984 he put up 15 sacks which was good enough for 5th overall in the NFL. A contract dispute in 1988 ended his tenure with the Steelers.

If Antonio Brown is the best 6th-round pick in team history, then Bryan Hinkle is number two. Tallying 744 tackles in 13 total seasons in Pittsburgh is a huge achievement. But when you consider he started his career sitting behind Jack Lambert, Jack Ham, and the two previous members of this list, his accomplishments are mind-boggling. Hinkle would be named team MVP in 1986 where he put up 3 picks and 4.5 sacks.

This is the last linebacker on the list, I swear.

David Little’s career was just as impressive as Bryan Hinkle as he too was a late-round pick who went on to play 12 seasons in Pittsburgh. Little was also one of the greatest iron men in Steelers history starting 89 consecutive games at middle linebacker and played in a total of 179 games.

David’s older brother Larry Little is a Hall of Fame guard most famously of the Miami Dolphins.

Gary Dunn was one of the best defensive tackles in Steelers history but he played beside one of the greatest players in NFL history and doesn’t get talked about by proxy. Dunn served as team captain four years, named All-pro in 1984, won a pair of Super Bowl championships, and at the time of his retirement was ranked ninth in the Steelers’ all-time sacks list, with 18 (Sacks became an official stat in 1982).

We will wrap this list off with a one hit runner and our only offensive player. Earnest Jackson was an 8th-round pick in 1983, and bounced around the Chargers and Eagles roster before playing his final three seasons in Pittsburgh. The best of those seasons was his first in 1986, where he totaled 910 yards, 5 touchdowns, and 169 receiving yards. He would be named team MVP for his efforts. His final seasons in Pittsburgh never saw him hit the highs of 1986 but it was fun while it lasted.

Make sure to read part one of the series here: The forgotten members of the legendary 1970’s Steelers team

Are there any names that I forgot? Who was your favorite player in the decade? Let us know down in the comments below!