WOOSH! Do you hear that? That’s the sound of the Pittsburgh Steelers flushing money down the toilet.

Pittsburgh took a big swing and missed with the signing of fullback Derek Watt in the offseason.

While they hadn’t used a fullback consistently in quite some time, the Steelers still shelled out a 3-year, $9.75 million contract — including a whopping $3.25 million in guarantees and a $1 million signing bonus. A total cash payout of $4.25 million. 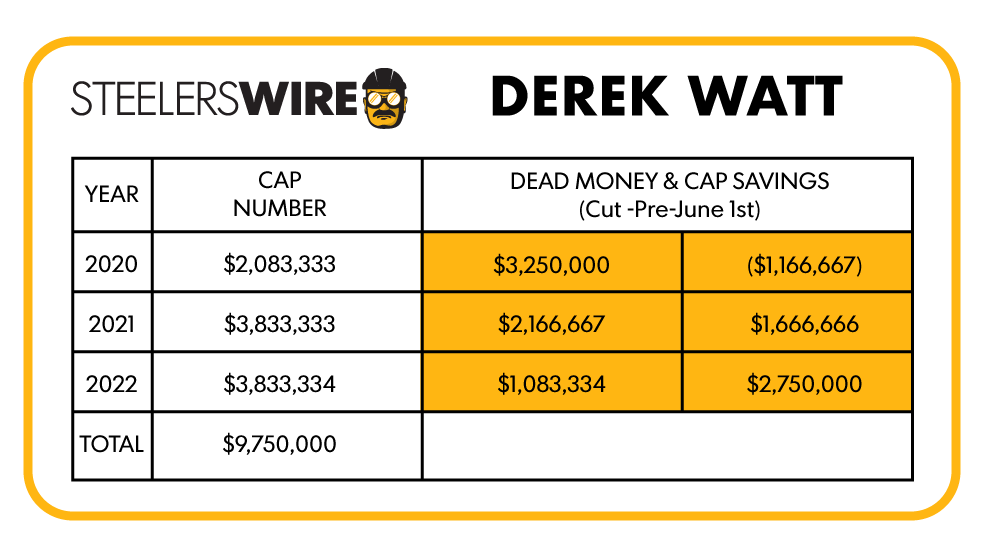 The ink wasn’t even dry on his contract, and Watt had already made more money with the Steelers than in four seasons with the San Diego/L.A. Chargers.

With that lucrative of a contract, Pittsburgh had to expect he’d be a force at fullback. After all, Watt was the “unsung hero” in Los Angeles, leading the way for Pro Bowl running back Melvin Gordon.

After signing Watt, there was speculation that the Steelers were planning to commit to the run game, something they hadn’t done since 2018. And the timing couldn’t be better. Using the run to take pressure off 38-year-old Ben Roethlisberger, who was coming off a year of elbow rehab, was the smart thing to do.

Only that’s not what Pittsburgh has done. In nine games, Watt has been involved in an average of 7.6 percent or 49 total offensive snaps — that’s fewer than a dozen per game. 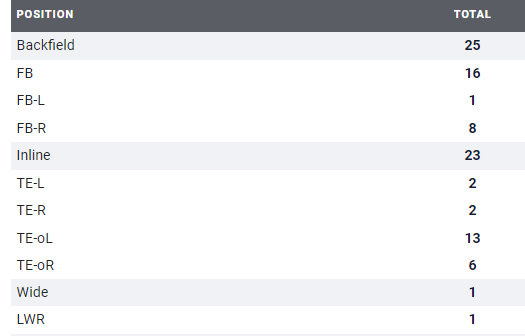 Pittsburgh’s ground attack had a degree of success early in the season. Benny Snell logged 113 yards in Week 1, followed by 100+ yard games from James Conner in Weeks 2, 3 and 6. Since then, the ground game has been deteriorating before their very eyes, yet, for whatever reason, the Steelers have flat-out refused to utilize Watt as a run blocker.

There could be a few reasons for this. Perhaps they realized Watt isn’t as good as they envisioned — he’s whiffed on multiple assignments (including once at the goal line versus Washington Football Team) and carries a 42.6 PFF grade.

Maybe Watt’s previous injuries are lingering and limiting his capabilities. Derek dealt with knee and shoulder injuries throughout his time out west. Once in Pittsburgh, training camp was slowed first due to COVID shutdown, then Watt was eased in after recovering from an undisclosed offseason surgery. Three weeks into the regular season, he sustained a hamstring pull that caused him to miss 5.5 games.

To compensate for the deficiencies on the ground, the Steelers style of offense to this point has been a lot of four-receiver sets, and getting Watt on the field means someone has to come off.

At this point, no matter what the reason for Watt’s lack of playing time, the Steelers need to increase his role on offense and give him more opportunities to prove himself. After all, when receivers drop balls, Roethlisberger keeps throwing to them. Teams that utilize a fullback as lead blockers — the Minnesota Vikings (C.J. Ham) and Cleveland Browns (Andy Janovich) — have two of the most successful run games in the league with Dalvin Cook and Nick Chubb.

With a 66 percent snap average on the season, it seems all Pittsburgh thinks Watt is any good for is special teams. In 171 snaps, he’s logged 15 key plays, two tackles and an assist. As you see below, Watt is nowhere near his usage with the Chargers.

It’s mind-boggling as to what the Steelers were doing. Nothing about Watt says he’s worth $4.25 million, let alone nearly $10 million over the life of his contract.

If he continues to be nothing more than a (very expensive) special teams ace, Pittsburgh needs to cut their losses, and Derek Watt, before his $1 million roster bonus hits in March. 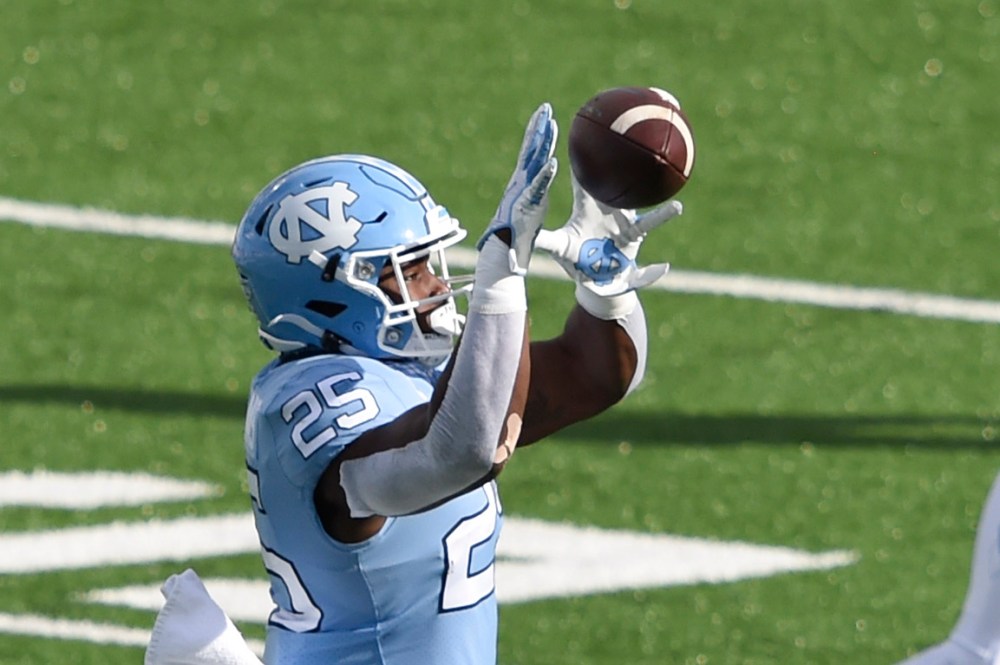